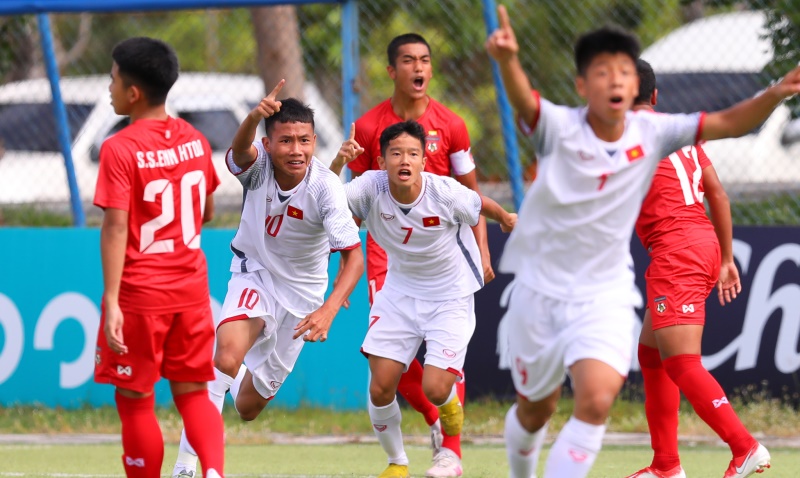 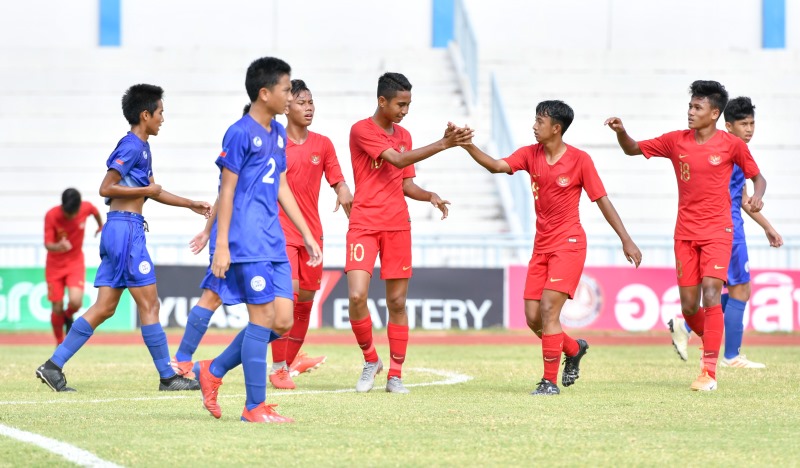 Timor Leste and Indonesia edged closer to the AFF Under-15 semi-finals after recording wins over Singapore and the Philippines at the Institute of Physical Education today. But lurking dangerously in third spot, and well within striking range of the last four, is Vietnam who defeated Myanmar 3-0 this afternoon.

Timor Leste and Indonesia remained unbeaten in Group A by notching similar 4-0 margins of victories over their rivals today. Timor Leste now have ten points from four matches and lead Indonesia, who have a similar number of points, with a superior goal difference. Vietnam are hot on their heels with nine.

With so much at stake, the last Group A matches are expected to be closely contested as Timor Leste, Indonesia and Vietnam battle for the two precious semi-final slots.

Indonesia were on the hunt to boost their goal count in an effort to catch up with group leaders, Timor Leste who are top of the standings on superior goals. They shot into attack and began to pressure their opponents. The Philippines did well to contain their rivals but in the end, succumbed to the onslaught and conceded the first in the 26th minute. Marselino Ferdinand whipped his shot just inside the near post for his fifth goal of the tournament.

On the half hour mark, Indonesia added another through Wahyu Agong Drajat with Marcell Januar Putra converting a penalty in the 38th minute after Diandra Diaz Dewari was brought down. Indonesia continued applying pressure but the Philippines players were not ready to give in quite so easily.

For all their attempts, Indonesia managed to pick up one from Alexandro Felix Kamuru in the 65th minute. Substitute Ruy Arianto worked his way in from the left and blasted his shot into the post but Alexandro managed to crash it in for the fourth and final goal of the game.

With the four-goal margin, Indonesia would temporarily lead the standings as Timor Leste would play later in the evening.

It took just three minutes for Vietnam to get ahead. And by the end of the match, they were three goals up and still third in the standings. Nguyen Dinh Duc calmly brought the ball down in the box and fired but it came off keeper Htet Arkar Win. Cai Van Quy, who had scored three goals in earlier ties, pounced on the rebound to deliver a stunning opener for his team.

In the 18th minute, Vietnam were denied by a great save from the Myanmar custodian who pushed out a lovely header from Nguyen Phu Nha. Myanmar never gave up and made every effort to break through. The Vietnam defence was solid and turned away any attempts that went their way.

Four minutes after the break, Vietnam finally struck again, through Phu Na. In the 71st minute, Nguyen Hai Nam swept down the left, edged past a defender and crossed close to the corner flag. It turned out to be a superb cross in to Von Anh Quan, who cut left and unleashed his shot.

Vietnam coach, Dinh The Nam was happy with the result but says his team still had to work on their game. “I am satisfied with my players but we have to continue to work and improve with every game.”

Myanmar coach Torssten Frank Spittler said Vietnam was ahead of his side and that was due to the youth development programmes. “They are a step above us, it’s probably a result of the youth development that have had for a long time, and they are getting the fruits now. Our players gave their best today. As I said to my players, at the moment we are here to learn from these teams, who have had longer time together and good development.”

Skipper Paulo Freitas added two more goals in his team’s victory today to lift his personal tally after four games to seven, making him the tournament’s top scorer so far. Paulo was brought down in the 13th minute and stepped up to take the spot kick himself. He struck it low to the left for the opening goal of the game.

Midfielder Pascoal Ximenes picked up a Singapore goalkick that landed at his feet and quickly relayed to Paulo some 10-mtres outside the box. Paulo took a few steps forward and fired a cracker from just inside the box. Three minutes into the second half, Timor Leste found themselves further ahead through Zenivo Mota’s long range strike. Serafin Da Brito knocked in a rebound a minute to seal the tie.

Timor Leste started the game in second spot as Indonesia, who had played in the afternoon, moved to the top after winning their game. Timor Leste regained the lead tonight and have one more match against Vietnam to seal their place in the last four.