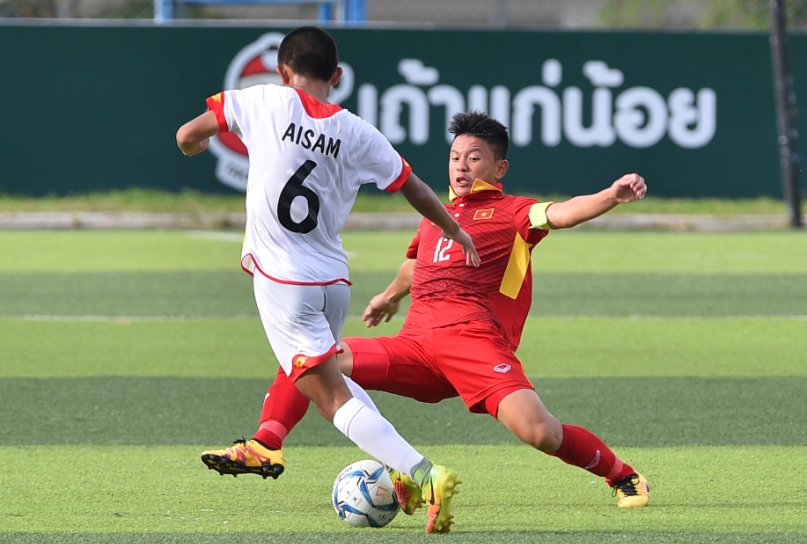 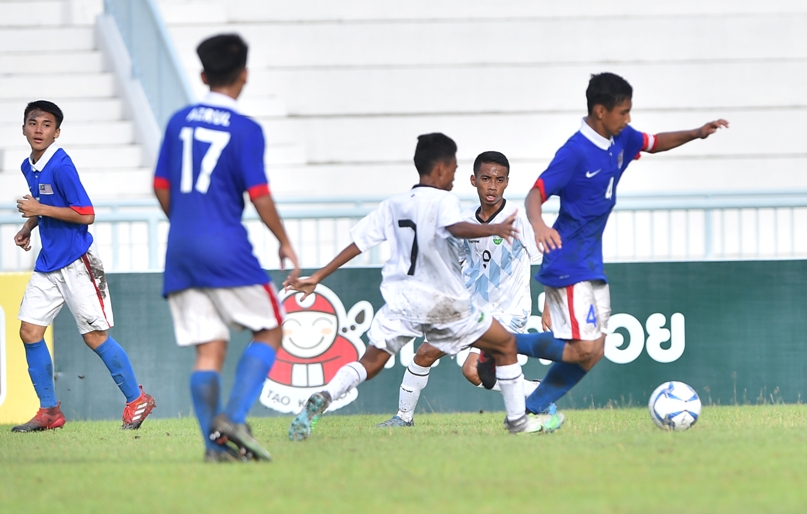 Vietnam made a lucky escape in their Group B encounter of the AFF Under-15 Championship 2017 when a last minute goal gave them a close 2-1 win over Brunei at the IPE Campus Stadium.

The Bruneians showed plenty of guts and as they had done in their first game against Timor Leste where they frustrated their opponents in the opening quarter.

It was not until the 16th minute before Vo Nguyen Hoang managed to get the first goal of the game with an exquisite effort from the edge of the Brunei box.

But Brunei did not despair as they continued to maintain focus before they managed to grab the equaliser in the 36th minute when Md Aminuddin Masri robbed the ball from his marker before sending a grounder past Vietnam keeper Nguyen Duy Dung.

The game at the artificial pitch went up a gear into second half as Vietnam continued to press while Brunei were looking for the opening.

As they continued to frustrate their opponents, Vietnam were under immense pressure to keep their winning ways and it finally came a minute to the end of an 80-minute pulsating tie off a defensive error.

With the Brunei defence hesitant for a clearance, Nguyen Quoc Hoang picked up the loose ball before shooting past the oncoming Duy Dung.

In the meantime, Malaysia picked up their second in the group when they beat Timor Leste 2-0.

But the Malaysian performance was still below par with a host of scrappy passes and if it had not been for the lack of quality in the Timor frontline, the final score would have been different.

After some long struggle, Muhammad Danish Ishak finally headed in the first goal of the game in the 31st minute off a freekick from Mohammad Ikhwan Mohd Hafizo.

The game went into a lull after that and where it came alive again in the 64th minute when Harith Naem Jaineh slammed in the rebound after the attempt from Muhammad Daniel Amali was blocked by Timor keeper Junildo Pereira.

On the other hand in the final game of the day, Cambodia blasted the Philippines 4-0 to keep up with the group leaders.

Striker Sieng Chanthea grabbed a hat trick with goals in the ninth, 14th and 44th minute as Ros Darapich scored the other in the 20th minute.

With the win Cambodia are currently third in Group A with three points – three points behind leaders Malaysia and second-placed Vietnam.