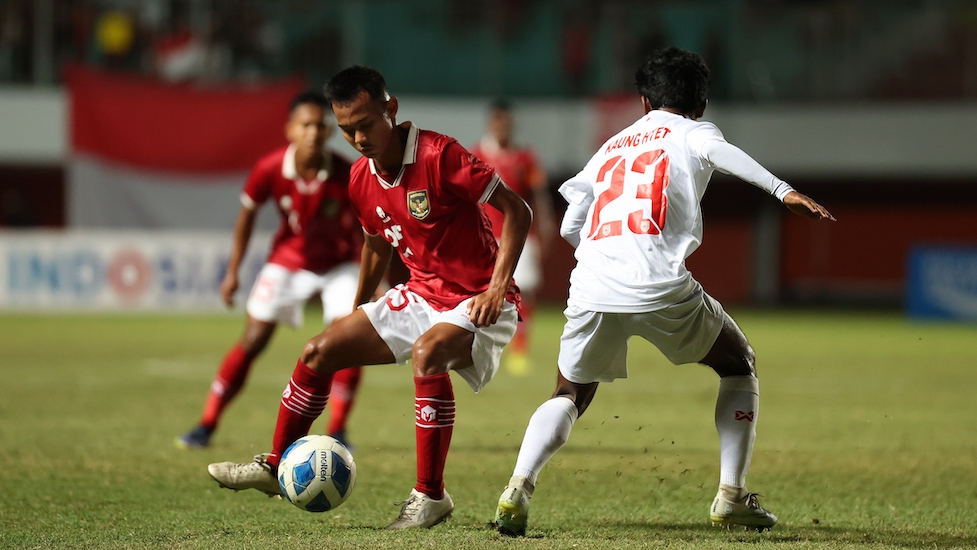 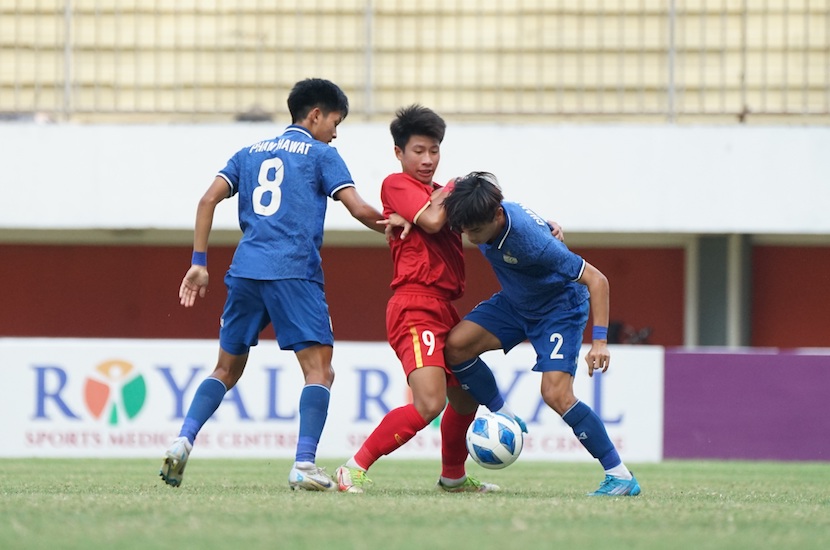 It is every bit as dramatic as had been expected in the semifinals and in the end, Indonesia held their nerves intact to set up a mouth-watering finale against Vietnam for the AFF Under-16 Championship 2022 crown tomorrow.

Indonesia fought back to beat Myanmar 5-4 in the penalty shootout after both teams were held 1-1 at the end of regulation as Vietnam need not suffer such drama when they emerged 2-0 victorious against a determined Thailand side.

“The coach told me to be calm during the shootout. And the fact that we had done some shooting practise before the match also gave me the confidence to do well,” said Indonesia goalkeeper Andrika Rachman after the game at the Maguwoharjo Stadium.

Buoyed by at least 10,000 screaming fans, Indonesia took control of the match right from the onset with Arkhan Putra Purwanto working hard down the flank.

With Myanmar sitting back and letting Indonesia more of the possession, they were absorbing all the offensive play while waiting for the counter-attack.

And with Indonesia unable to convert the several created, it was Myanmar who went ahead just before the break when off Shine Wanna Aung’s freekick, a feeble left-footed finish from Nay Min Htet was enough to give Myanmar the lead.

Into the second half and Indonesia were firing on all cylinders as they look for the equaliser.

And in the 69th minute, they did just that when M. Riski Afrisal fired in a superb freekick to beat Myanmar custodian Sai Thi Ha Naing to put both teams back on level.

In the ensuing penalty shootout, Indonesian keeper Andrika emerged as the hero when he saved the attempt by Myanmar’s Wanna Aung to give his team the 5-4 win and a place in the final.

In the meantime in the earlier semifinal, Vietnam played a highly disciplined game to beat Thailand 2-0 to set up a rematch against host Indonesia.

Vietnam and Indonesia had previously clashed in the group stage with the latter coming off 2-1 winners.

“Our players did a good job and they played really well to deliver the tactics we have taught them. The level of the game today was very high. In football, there’s always contact, as such, we lost two players. They cannot play in the final,” said Vietnam head coach Nguyen Quoc Tuan.

With Thailand’s Saranyawat Naprasert unable to score from several dead ball situations, it was Vietnam who made it count in the 29th minute with a firing finish from captain Nguyen Cong Phuong 20metres out.

And with Thailand continued to be frustrated by a well-composed Vietnam backline, Nguyen Trong Tuan then headed in the cross from Cong Phuong in the 82nd minute to settle the score.

However, Vietnam’s celebration of their place in the final was affected somewhat by the red card on midfielder Hoang Cong Hau for the crash with Thai keeper Tissanu Khuptanawin just before the final whistle.

FIXTURES (All matches at the Maguwoharjo Sleman Stadium)