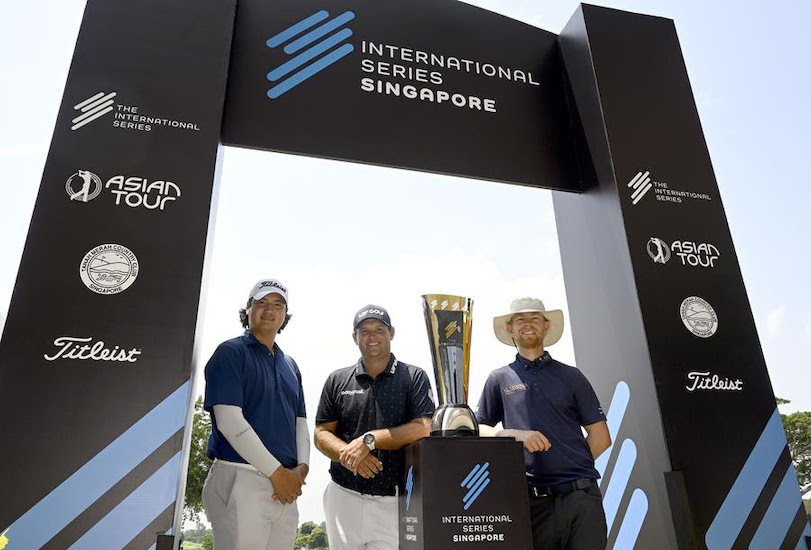 Former Masters champion Patrick Reed is in Singapore this week for the very first time, to compete in the International Series Singapore on the Asian Tour, and he most definitely likes what he sees, enough to recommend his peers to come and play.

“It’s awesome to be here!” said the American, on the eve of the US$1.5 million event – which is being played on the Tampines Course at Tanah Merah Country Club.

“I have heard a lot of amazing things about the area and the golf course. To be able to come and experience it myself is amazing and watching the [National Day] fireworks last night was great.”

Reed played in the Saudi International earlier this year, so this week is only his second appearance on the Asian Tour and certainly not his last.

“There is a lot of things that go into it, and when the people treat you like family as they have here, it makes the experience that much better,” he said.

“With that being said, I will try and pull as many players over to start playing some more events because that is the only way you can grow the game by getting outside of your bubble and start playing different places. I have always loved travelling and playing, so to be able to come and play events like this is a real treat.”

He hit global headlines when he won the Masters in 2018 and is a nine-time winner on the PGA Tour – his most recent victory came at last year’s Farmers Insurance Open. He has also claimed two WGC events during his stellar 11-year professional career, at the 2014 WGC-Cadillac Championship and WGC-Mexico Championship in 2020.

The 32 year old has competed in three Ryder Cups, with his fine performances in the Match Play event earning him the nickname “Captain America”.

This year he started playing the LIV Golf Invitational events and enjoyed success at the most recent tournament in Bedminster where his 4 Aces GC side – which included captain Dustin Johnson, Talor Gooch and Pat Perez – finished first, while he was fifth individually.

“I definitely think a lot more guys will come over and start playing more events. Personally, having talked to some of the guys, trying to grow the game round the world, the only way you are going to do that is by travelling and playing on different Tours at different events like the International Series,” said Reed.

“To grow the game of golf, just like any business, the only way you can become successful is to spend a little money to make money. And to help out and grow the purses of the International Series that is going to bring money not only to those events but the Asian Tour and allow them to sustain and grow larger and larger. At the end of the day if the guys go and have fun and enjoy themselves, they are going to come back and play more events.”

Reed has been paired in the first two rounds with Thailand’s Phachara Khongwatmai and Justin Harding from South Africa. They tee off at 12.05 tomorrow.