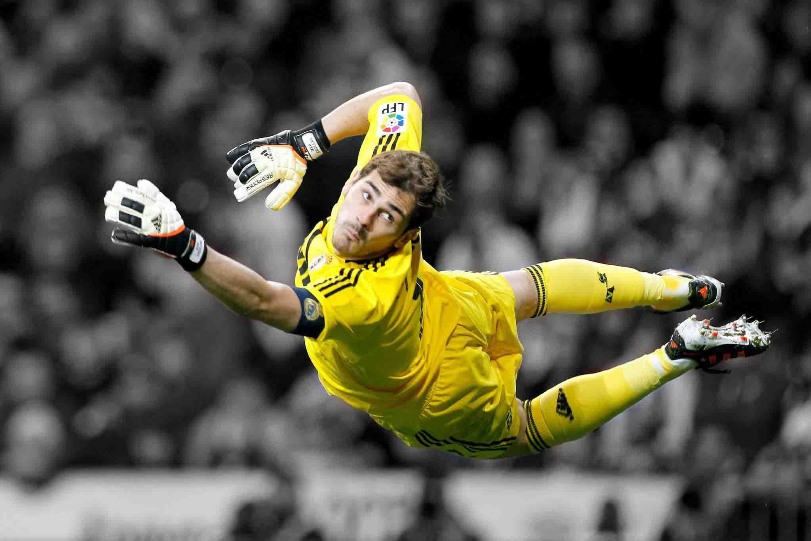 Age is just another number for Spaniard Casillas, 35, and 39-year-old Italian nemesis Buffon.

The clash at Porto’s Dragon Stadium will be the 17th in their storied careers.

Before kickoff the sparring between the pair had already begun on Twitter.

“What do you think about it? For me, you’re the best,” wrote Casillas of a UEFA poll on the world’s leading goalkeepers. “I’m not choosing. We’re the best,” replied Buffon.

In fact, both were the peerless in the early 2000s and Buffon remains without a doubt the top goalkeeper in Italy.

Last season was one of the most brilliant of his career. Two uncharacteristic slips at the start of this season — against Lyon with Juventus and Spain with the national side — were quickly overshadowed by several top class performances.

His mind remains sharp and his hands as hard as the marble of his hometown Carrara, with no sign of weariness as he targets a first Champions League title and a final World Cup in 2018 in Russia.

By contrast Casillas has fared less well. The man dubbed ‘San Iker’ lost his place in the national side and had to leave Real Madrid for Porto after 25 years.

His first season in Portugal in 2015 was complicated, with what he termed “some blunders”.

“Maybe I didn’t reach the level I wanted last year, I didn’t feel completely comfortable,” Casillas said in an interview with UEFA.com.

But the three-time Champions League winner with Real Madrid has regained his spark this season basking in glory as he oversees the most solid defence in Europe with just 11 goals conceded.

A sign of his return were two incredible last-gasp saves against Sporting Lisbon earlier this month.

“I don’t know how I reached those balls, I still have a sore back,” joked Casillas following a performance which prompted Spain coach Julen Lopetegui to state the door “was not closed to Iker Casillas”.

Their respectful rivalry goes back to their early years.

“I am lucky enough to be three years younger than Gigi. I was 14 when I started and he was 18; I was able to see and appreciate his style and personality,” said Casillas.

“As I grew up, I looked up to him and then we evolved together and we’ve had similar careers.

“Ours is a healthy, positive rivalry: we really appreciate each other and playing against him is always a pleasure.

“He is a player who is known and admired all over the world and he is part of the history of this game.”

In club clashes, the pair have three wins each with Buffon’s Juventus best in the Champions League semi-finals in 2003 and 2015.

But Casillas has had the better record for Spain with three victories to only one for Buffon’s Italy including Spain’s victory in the Euro 2012 final. – Agence France-Presse