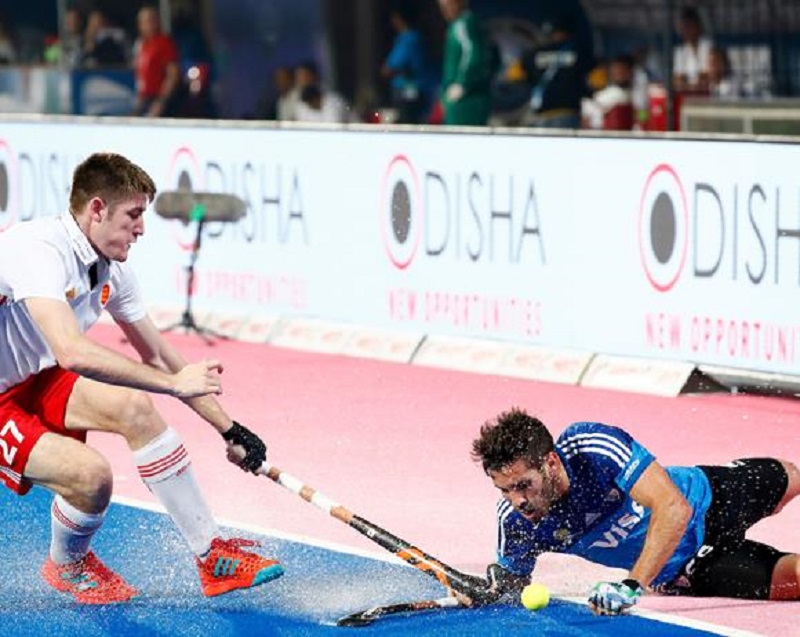 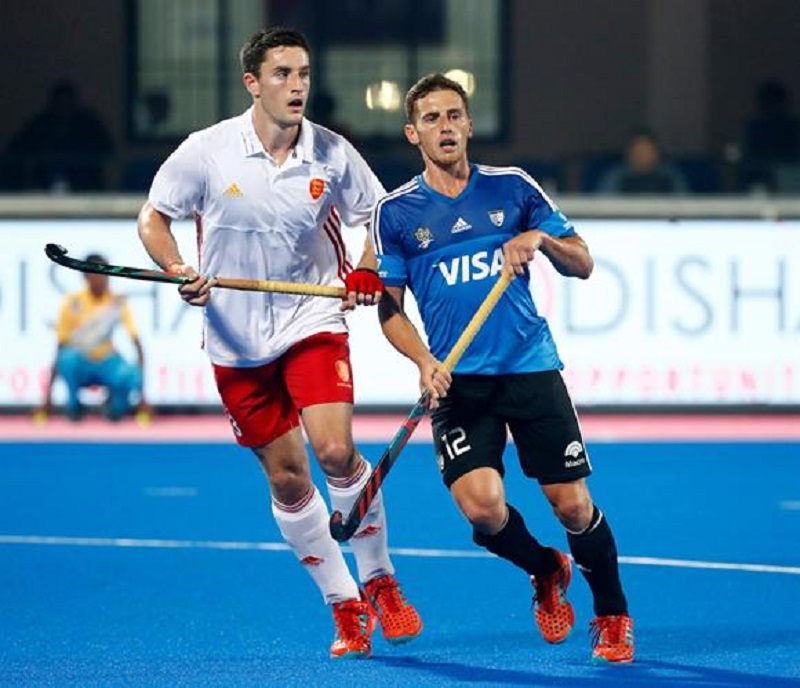 Argentina attacker Lucas Vila was a hugely influential figure in the contest, marking his 200th senior international appearance with a goal and an assist to help his team into the final four.

Vila produced a poacher’s finish in the 21st minute of the match to give the South American giants an early advantage, with Matias Paredes doubling the lead a minute before half time.

A stunning volley from David Condon reduced the deficit to a single goal before the end of the half, ensuring that the European bronze medallists were very much in the game ahead of the two quarters that remained.

However, another moment of magic from Vila proved crucial for Argentina’s third goal, weaving has way past England goalkeeper Harry Gibson before being tripped by the shot-stopper, earning his side a penalty stroke.

Juan Gilardi – who was later named Man of the Match, presented by Odisha New Opportunities – made no mistake from the spot, restoring Argentina’s two goal lead.

A deflected effort from Adam Dixon in the final minute gave England a glimmer of hope at 3-2, but it was not enough time for a comeback.

“It is an honour to be a part of this team and to play 200 games in this shirt, representing Argentina, is like a dream”, said influential attacker Vila after the match, before looking ahead to the semi-final clash against home favourites India.

“It is going to be tough. We watched India’s match (against Belgium) yesterday and they go really direct to goal, they want to score every time. We need to be smart to their counters, and we have to use our penalty corner more, which could be the key.” 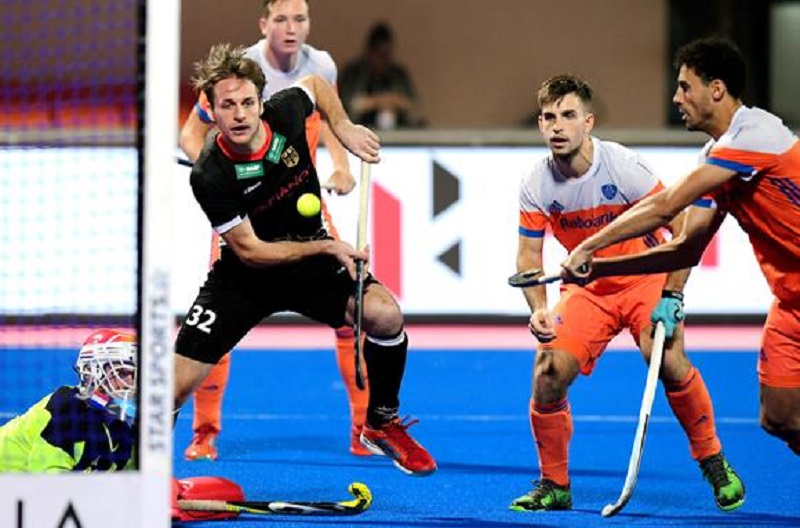 Pool B winners Germany (WR: 4) defeated European champions the Netherlands (WR: 4) in the last of the quarter-final matches, but needed a shoot-out to do so as the team that finished fourth in Pool A produced their best performance of the competition.

Julius Meyer gave Germany the lead with a thumping strike in the 12th minute, but it was the Netherlands who went into half time thanks to two second quarter goals from Mirco Pruijser and Bjorn Kellerman, the latter being created thanks to a wonderful run and spin from Seve van Ass.

Die Honamas reclaimed the lead thanks to a backhand effort from Constantin Staib, who netted seconds after Netherlands player Tristan Alegra was shown a yellow card.

It was a lead Germany held until 25 seconds from the end of the match, with Pruijser scoring a dramatic equaliser from close range to force a shoot-out.

Billy Bakker and Robbert Kemperman both failed to convert their chances, and despite an early miss from Florian Fuchs, Germany won the shoot-out 4-3 with Christopher Rühr scoring the decisive goal. 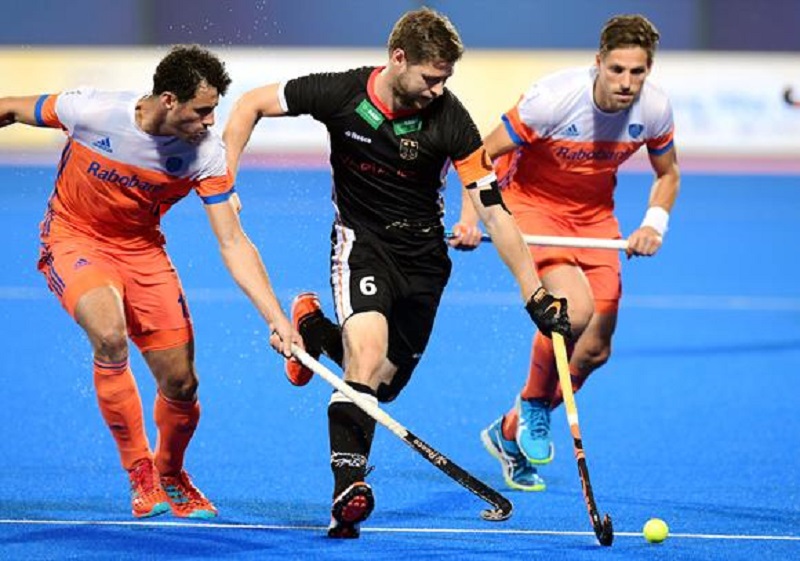 It was really tough, and the Dutch played at the top level”, said Florian Fuchs after the match. “We defended really well in the first half but it slipped away in the second half. It was a great match for the spectators.”

The action continues on Friday 8th December with England and Netherlands taking to the field in the 7-8 classification match at 17:15 Indian Standard Time (UST+5.30).

That match will be followed by the first of the semi-finals with Olympic champions Argentina taking on host nation India at 1930.