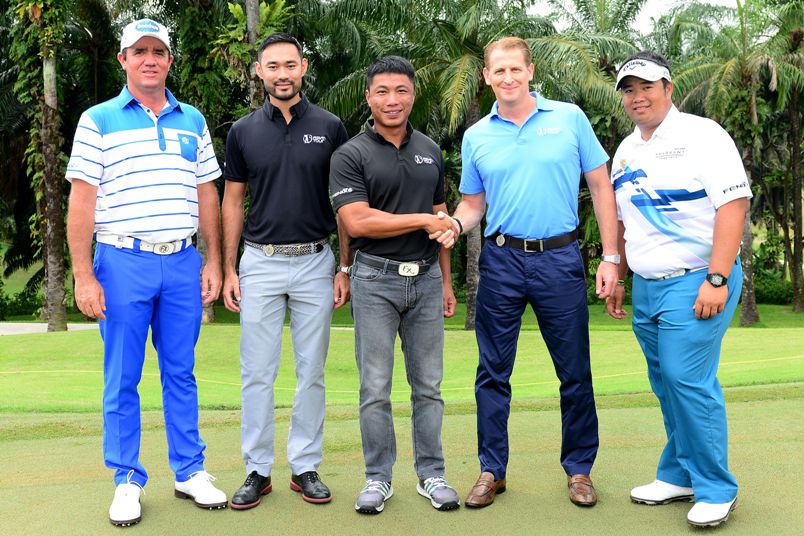 The Asian Tour has extended its partnership with Fenix XCell, a premium golf apparel company following its successful association with the brand that first started in 2015.

As the Asian Tour’s Official Apparel Supplier, FENIX XCell has been dressing staff and officials from the region’s premier Tour with both its customised range of apparel and its Tour Collection.

Hend became the first Australian to win the prestigious Asian Tour Order of Merit title last year and was also the fourth player to surpass US$1 million in earnings during the season.

Brazel, meanwhile, enjoyed a life-changing victory at the season-ending UBS Hong Kong Open which was co-sanctioned by the Asian Tour and European Tour last year. That win earned him not only a two-year winner’s exemption on the Asian Tour but also the European Tour.

Headquartered in Thailand, FENIX boasts a proud Scottish heritage that is reflected through its designs and collections.

The ‘Asian Tour Collection’ which features FENIX’s customised range of apparel for officials and staff members from the region’s premier Tour will also be created and made available through its e-commerce platform and at various events and outlets.

Through this partnership, FENIX will continue to enjoy multiple opportunities to leverage its brand across the Asian Tour’s media platforms that include print, digital and mobile.

Michael Moir, Founder and Managing Director of FENIX XCELL said: “Our Partnership with the Asian Tour has strengthened in the past few years and while we are looking at developing our brand in the USA, Europe and Middle East, our primary focus is still in Asia, and this association is an obvious fit to allow us the exposure into all the Asian Golf Markets through the Asian Tour’s platform.

I look forward to launching the Asian Tour Collection online and being involved in more projects with the tour in the near future.”

Asian Tour CEO, Josh Burack said: ‘We’re delighted to continue our association with FENIX XCELL as they’ve been our valued partner who believes in the cosmopolitan appeal of the Asian Tour.

We look forward to working closely with FENIX XCell to further enhance their presence and visibility in the global marketplace.

Additionally, the Asian Tour will also launch our own e-commerce site this year in partnership with FENIX XCell to sell Asian Tour branded clothing and other golf products.”