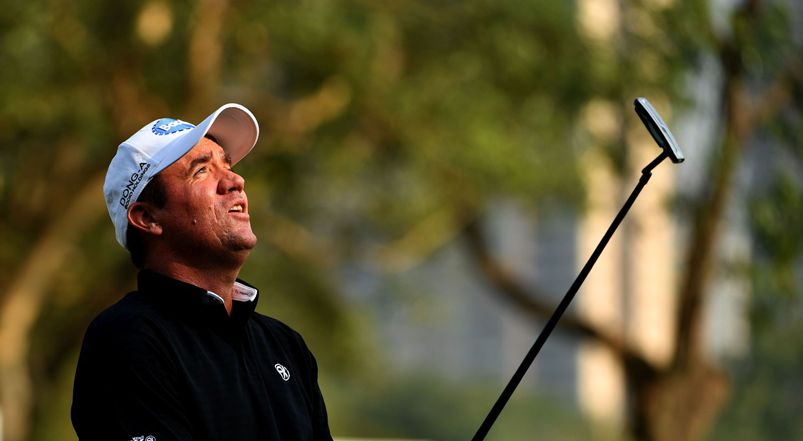 The long-hitting Australian, who is the most successful international golfer on the Asian Tour with nine victories and one Order of Merit crown, will be the top star attraction alongside home heroes Prayad Marksaeng, Thaworn Wiratchant and rising stars Phachara Khongwatmai and Rattanon Wannasrichan, the newly crowned Thailand Open champion.

“I’m looking forward to going back to defend my title. The win last year was really special as I had to fight hard on a golf course which is really demanding and challenging,” said Hend.

“I remember battling with Prom (Meesawat) and Gunn (Charoenkul) in the final round which was really fun and I hope to get myself into position again on Sunday afternoon to have a chance to defend my title.”

Hend’s star presence at the Queen’s Cup will complement the tournament’s growing stature as it will offer a record US$500,000 prize pot from June 15 to 18, 2017. The popular event is supported by long-time sponsors Bangkok Airways and Sports Authority of Thailand (SAT).

Thailand, known as the Land of Smiles, is a happy hunting ground for Hend who has triumphed on three occasions in the country. He won the 2013 Chiangmai Classic, 2016 Thailand Classic and last year’s Queen’s Cup, which propelled him to become the first Australian golfer to capture the prestigious Asian Tour’s Order of Merit crown.

“Winning the Queens Cup helped me become the new Asian Tour Order of Merit winner which is an accomplishment that I will always treasure. Asia is my second home,” said Hend, who has plied his trade with great success in the region since 2007.

Double Asian Tour Order of Merit champion Thaworn will be amongst those spearheading the local charge where he will shoot for a record third Queen’s Cup title which he won in 2012 and 2014.

“I’m feeling confident that I will go to Santiburi Samui to aim for my third win. It is always my dream to win the Queen’s trophy,” said the 50-year-old Thaworn. “The bigger prize fund will also be good for players.”

With the Queen’s Cup celebrating its ninth consecutive edition, Thaworn has grown to enjoy being in Samui for the tournament, which is also the 10th leg of the 2017 Asian Tour season. “I always like to play at Santiburi Samui. The layout suits my game. I will try to create my best performance there again,” he said.

A top-10 finish at the Thailand Open last month, his first of the season, was a welcome boost for Thaworn, who has an unorthodox swing and is renowned for his short game prowess. He holds the most number of victories on the Asian Tour with 18 titles and despite turning 50 last December, he still believes he can compete against the new generation of golfers.

“My driving distance is not what I currently expect. Age may be a factor but I have worked hard to maintain my short game,” said Thaworn.