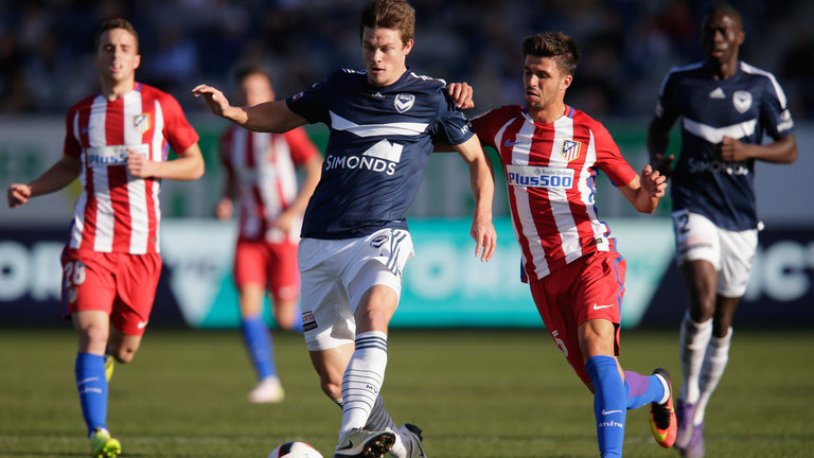 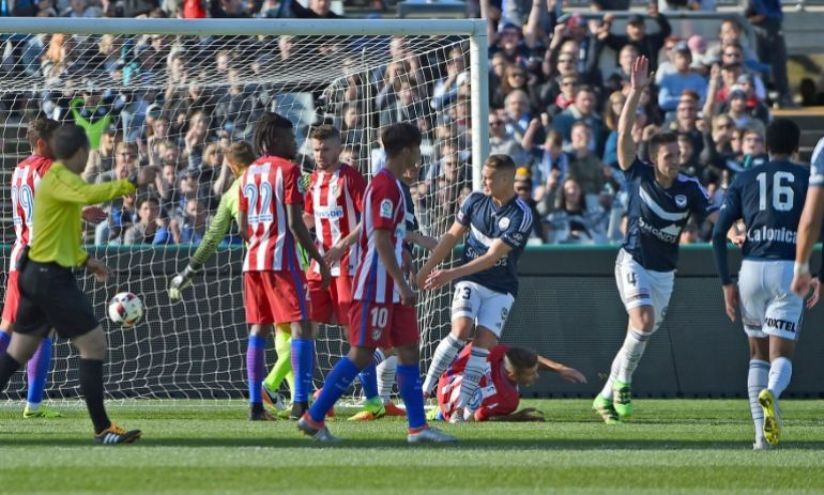 Spanish giants Atletico Madrid crashed to a 1-0 loss to A-League side Melbourne Victory on their Australian pre-season tour in Geelong on Sunday.

The European Champions League runners-up fell behind to a goal against the run of play shortly before half-time and were kept scoreless in the second half.

While manager Diego Simeone rung the changes in the second half his side could not find a way through the determined Victory defence.

Despite the defeat, he was pleased with the benefits of the trip to Australia.

“I’m very happy. These matches are very helpful for the guys who have played,” said Simeone, who selected seven players from his club’s academy in the Atletico starting lineup.

“I take from this many positive things. The youths are learning and this is the way to improve.

“Melbourne Victory is a well-worked team, strong and compact.”

It has been a heady 10 days for the twice A-League champions, who beat Italian champions Juventus on penalties in the International Champions Cup last week before claiming another high-profile scalp in Atletico Madrid.

Atletico Madrid, who lost this year’s Champions League final on penalties to cross-city rivals Real Madrid, won their first match in Australia against England’s Tottenham Hotspur 1-0 in Melbourne on Friday.

There were several heavy challenges in Sunday’s game with a solid tackle by Uruguayan defender Emiliano Velazquez forcing Victory’s Mitch Austin off the field with a knee injury in the first half.

French defender Lucas Hernandez also limped away after a sliding tackle on Victory midfielder Oliver Bozanic in the second half.

Simeone made a triple substitution midway through the second half in an effort to recharge his team.

But Melbourne counterpart Kevin Muscat took off most of his leading players among six substitutions at one stage, leaving Victory with a largely youth side against the Spaniards in the final stages.

Atletico will return home on Tuesday and will next play Galatasaray in Turkey as part of their pre-season on August 6. – Agence France-Presse