Home International Audi show at DTM anniversary at the Nürburgring 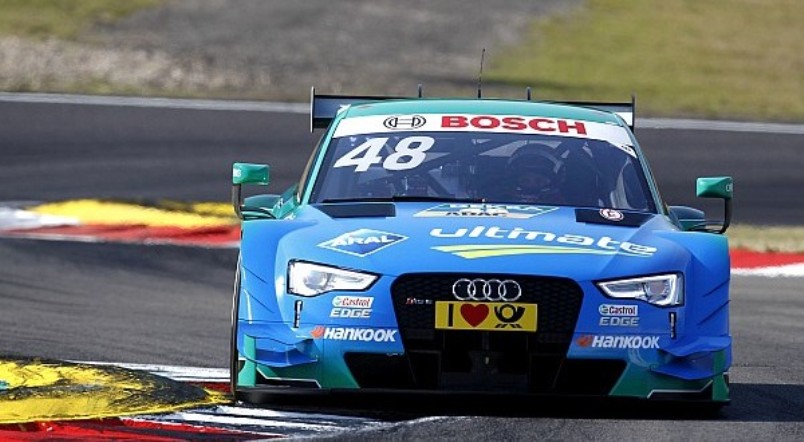 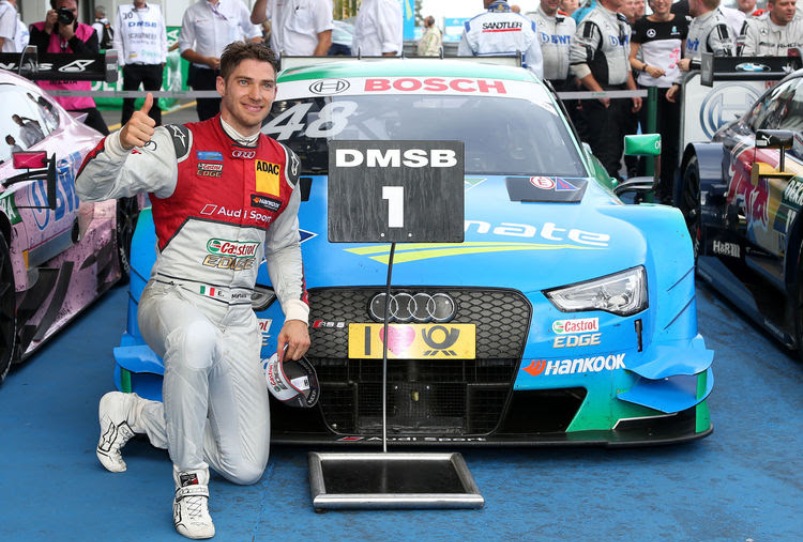 72,500 spectators experienced a tremendous anniversary weekend of the DTM at the Nürburgring that ended on Sunday in an Audi show, with Edoardo Mortara clinching his third victory this season in the Castrol EDGE Audi RS 5 DTM.

The victory in the DTM’s 50th visit to the Nürburgring also marked the 50th triumph of Audi Sport Team Abt Sportsline that brought all four cars into the points on Sunday.

Actually, following the qualifying session, an Audi show was not yet a likely prospect. Edoardo Mortara started from position six as the best Audi driver. Jamie Green, Miguel Molina and Mattias Ekström followed in grid positions seven, eight and ten.

In the race, as has often been the case this season, the Audi RS 5 DTM was the most powerful car. Mortara immediately made up two positions at the start, subsequently stayed on the heels of the leading trio and had a clear track when the three cars in front of him pitted early for the tire change.

Mortara only pitted on lap 28 and returned to the track in second place. After overtaking the Mercedes-Benz of the fastest driver in qualifying, Lucas Auer, the Audi driver brought victory home in commanding style.

“On the last lap, I was even able to jest a little with my team over the radio,” said Mortara. “In qualifying, we were struggling a bit, but on used tires, my car was perfect the whole weekend. The only critical moment was the pit stop when I nearly slipped off track on entering the pit lane – that was really hairy.”

Leader of the standings Marco Wittmann (BMW) saw the checkered flag on Sunday in third place, trailing birthday child Lucas Auer. Wittmann still came close to being intercepted on the finish line by Mattias Ekström in the Red Bull Audi RS 5 DTM, who drove practically with no holds barred, having battled his way forward from position ten on the grid to fourth place.

Ekström had youngster Nico Müller in the Playboy Audi RS 5 DTM in tow, who even improved by nine positions in the race. Last year’s winner Miguel Molina in the Teufel Audi RS 5 DTM completed the strong performance delivered by Audi Sport Team Abt Sportsline in position ten.

Jamie Green (Audi Sport Team Rosberg) had to accept a bitter setback in the title race. The Briton in the Hoffmann Group Audi RS 5 DTM was racing with a similar strategy as Mortara. However, because he brushed the Mercedes-Benz of Gary Paffett immediately following his pit stop, Green received a drive-through penalty.

“That was a fantastic race for us today,” said Dieter Gass, Head of DTM at Audi Sport. “We’re still struggling somewhat using the full potential of the tire on the crucial lap in qualifying. That’s a disadvantage. But in the race, that’s an advantage for us because we can drive longer and more consistently with our Audi RS 5 DTM than our competitors. Today, this had a positive effect on us.”

On clinching his victory, Edoardo Mortara was able to improve to second place in the drivers’ standings and to reduce the gap to Wittmann to 33 points, with 100 points yet to be awarded.