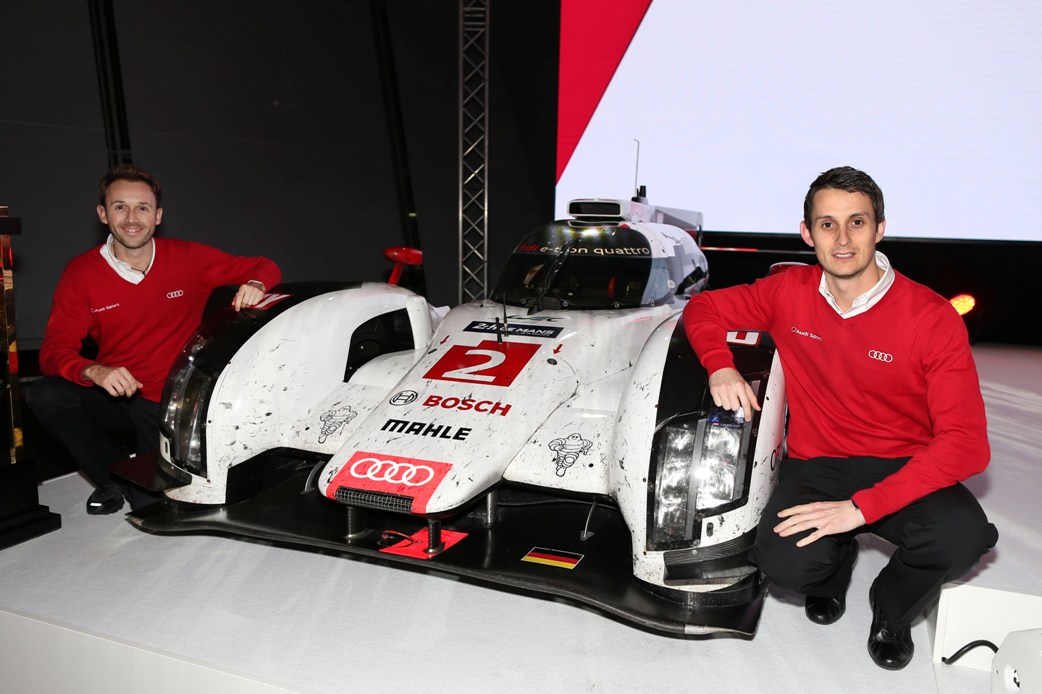 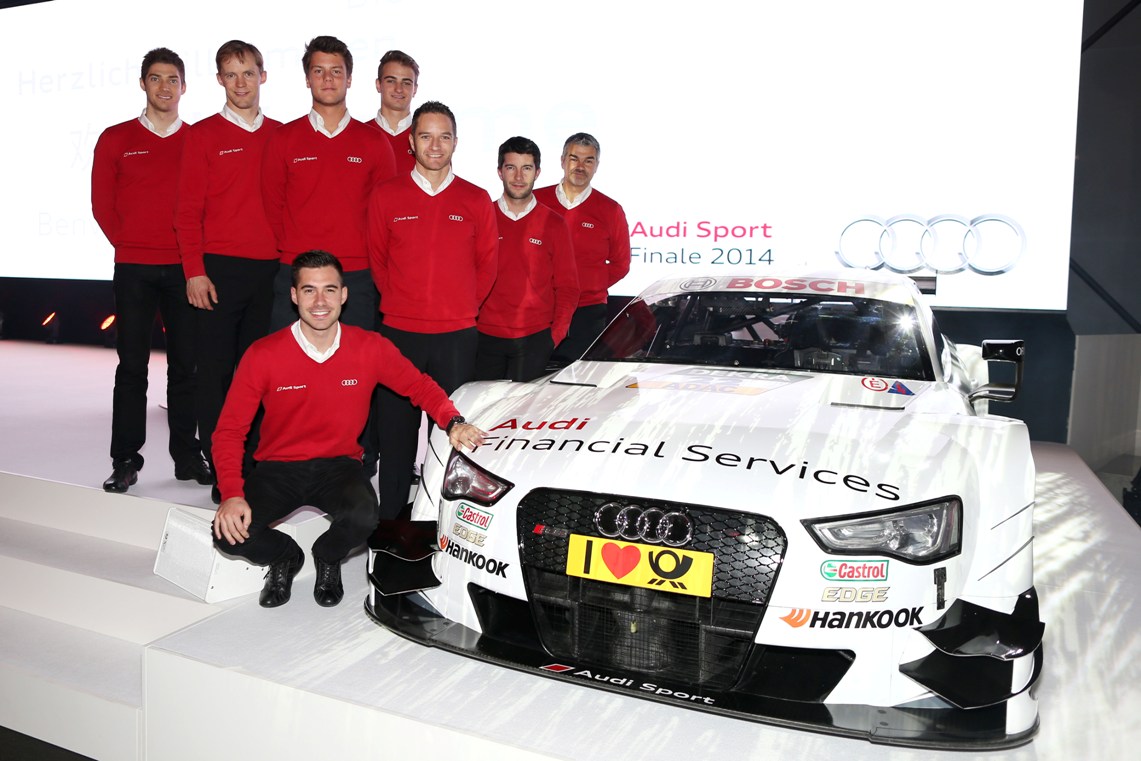 AUDI AG is proud of another year of record sales. In motorsport, the brand with the four rings is poised for growth as well. The world of Audi Sport which, in addition to the motorsport commitments in factory-backed and customer sport, includes the RS models, the Audi R8 and the Audi driving experience, will be featuring even greater diversity in the 2015 season.

?Success on the race track, more than ever before, has become an important tool to thrill customers,? said Head of Audi Motorsport Dr. Wolfgang Ullrich on Wednesday on the occasion of the Audi Sport Finale at the Audi Forum Neckarsulm. ?That?s why our motorsport program will be extended further next year. In the new Audi Sport TT Cup, young drivers will be given an opportunity to enter motorsport with Audi.?

The one-make cup of AUDI AG will line up on the grid at a total of six events in Germany and Austria, doubling up with the DTM. 165 drivers from 30 nations have applied for the Audi Sport TT Cup. The selection process for the 18 available slots has already begun.

The winner of the Audi Sport TT Cup can look forward to support in the company?s GT program that will be in focus next year. The car to follow the successful Audi R8 LMS is ready to race. Audi will be subjecting the new GT3 sports car to tough testing in selected endurance races before customer deliveries begin at the end of 2015. Tests in the 24-hour races at the Nürburgring (Germany) and at Spa-Francorchamps (Belgium) will be the highlights.

In top-caliber racing Audi opts for continuity. In the internationally popular DTM touring car series and in the FIA World Endurance Championship (WEC) with its pinnacle event of the season at Le Mans (France), Audi will be competing with a minimally changed driver line-up.

Only the place that has become vacant due to the retirement of Le Mans record winner Tom Kristensen will be filled ? and, as usual at Audi, with a driver from the brand?s own young-driver promotion program: Oliver Jarvis (GB) will move up from the third Le Mans car into the WEC regular driver squad and contest the full WEC season in the Audi R18 e-tron quattro.

In the WEC, Audi continues to rely on Audi Sport Team Joest as in the past. The most successful Le Mans team of all time will be fielding two further-developed Audi R18 e-tron quattro cars in all eight races. An additional R18 will be entered in the 6-hour race at Spa and in the Le Mans 24 Hours, with GT driver René Rast (D) completing the line-up for these events.

Responsibility for fielding the total of eight Audi RS 5 DTM cars will be assumed by the seasoned Audi Sport Teams Abt Sportsline, Phoenix and Rosberg. Three DTM Champions ? Mattias Ekström (S), Mike Rockenfeller (D) and Timo Scheider (D), who have won nearly half of all DTM titles for Audi since 2004 ? will continue to spearhead the DTM squad.

In Jörg Zander (50), Audi Sport will have a new Head of Technology starting on January 1. Zander, who holds an engineering degree, has more than 20 years of experience with major automobile manufacturers and renowned race teams under bis belt. In 2009, Zander became self-employed on starting his own engineering office that used to work for Audi Sport as well. His successful predecessor Dr. Martin Mühlmeier will be switching to production development at Audi.

The Audi Group delivered approximately 1,575,500 cars of the Audi brand to customers in 2013. As one of the most successful models, the Audi A3 has been awarded the title of ?World Car of the Year 2014? by an international jury of journalists (combined fuel consumption in l/100 km: 7.1 ? 3.2; combined CO2 emissions in g/km: 165 ? 85). In 2013, the company reported revenue of ?49.9 billion and an operating profit of ?5.03 billion. The company operates globally in more than 100 markets and has production facilities in Ingolstadt and Neckarsulm (Germany), Gyor (Hungary), Brussels (Belgium), Bratislava (Slovakia), Martorell (Spain), Kaluga (Russia), Aurangabad (India), Changchun (China) and Jakarta (Indonesia). Since the end of 2013, the brand with the Four Rings has also been producing cars in Foshan (China). In 2015, Audi will start production in São José dos Pinhais (Brazil), followed by San José Chiapa (Mexico) in 2016. Wholly owned subsidiaries of AUDI AG include quattro GmbH (Neckarsulm), Automobili Lamborghini S.p.A. (Sant?Agata Bolognese, Italy) and Ducati Motor Holding S.p.A. (Bologna, Italy), the sports motorcycle manufacturer. The company currently employs approximately 76,000 people worldwide, thereof more than 53,400 in Germany. Total investment of around ?22 billion is planned from 2014 to 2018 ? primarily in new products and sustainable technologies. Audi is committed to its corporate responsibility and has anchored the principle of sustainability for its products and processes in its strategy. The long-term goal is CO2-neutral mobility.