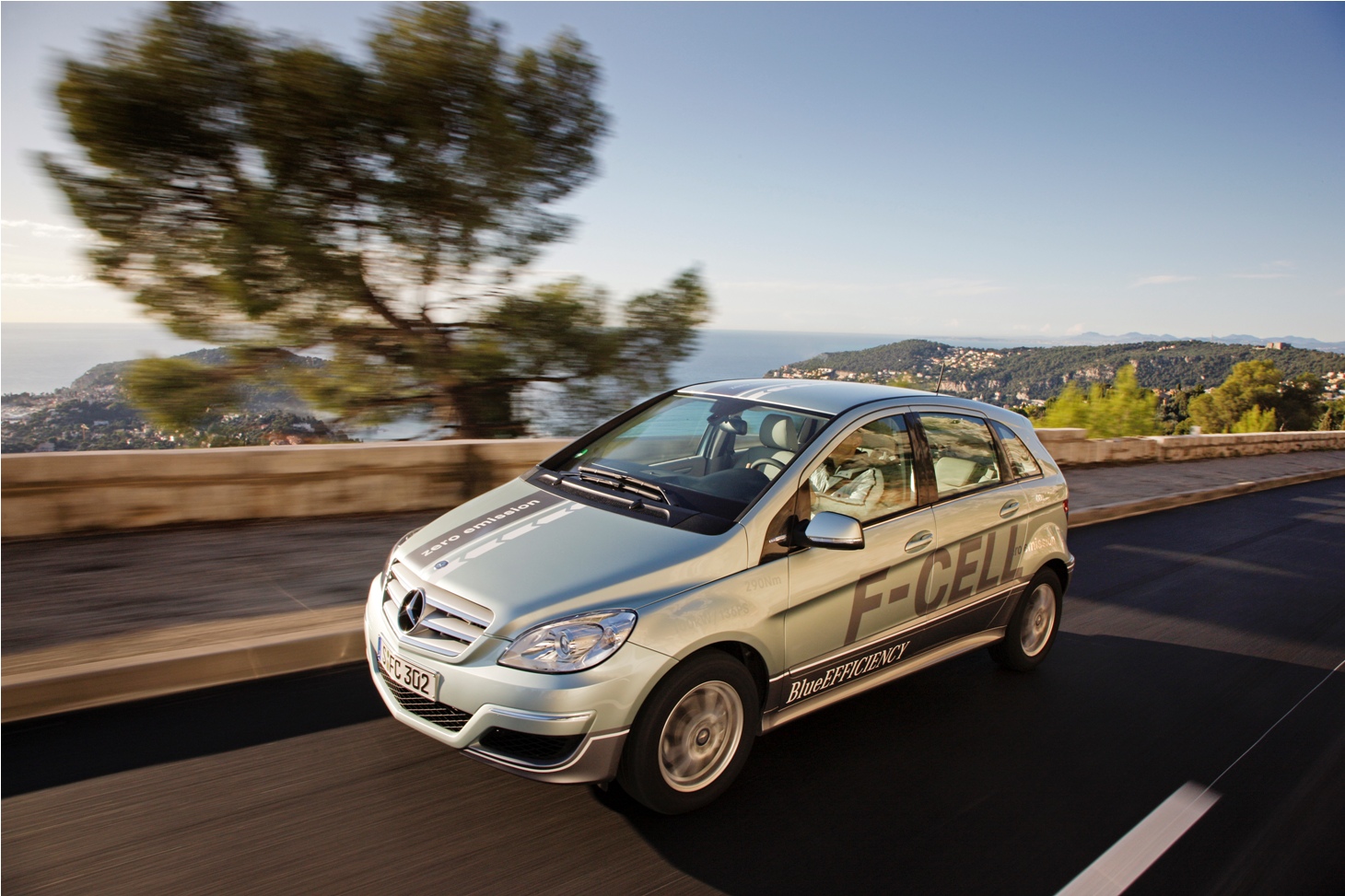 Share
Facebook
Twitter
WhatsApp
Email
Print
With more than 300,000 kilometers, a B-Class F-CELL from the current fuel cell electric vehicle fleet of Mercedes-Benz has achieved a continuous running record under normal everyday conditions. The world’s unique and still running test show that fuel cell cars are reliable even under extreme stress and over several years.
For this achievement, Daimler AG was honored with the “f-cell Award 2014” and therefore was, for the third time, convincing with its developments in the field of fuel cell technology in the competition for the Fuel Cell Innovation Award. “The test is a step in the direction of series-ready application of the fuel cell drive train”, says the jury comprising of experts from economics, science and politics.
Produced under series production conditions, the Mercedes-Benz B-Class F-CELL has already been in day-to-day use with customers in the European and American markets since 2010. Today, the total mileage of the Daimler fuel cell fleet, which now numbers more than 300 vehicles, including numerous research vehicles, reaches far more than 9 million kilometres.
Based on the current and pending results, the Mercedes engineers expect to identify further potential for optimization, which will flow directly into the development of the next generation of fuel cell electric vehicles. The company has the clear objective to develop a common drive train in cooperation with Ford and Nissan and to bring competitive fuel cell electric vehicles in large numbers on the streets by 2017.
Pressing ahead, Daimler is thus working on market preparation – and is involved in several initiatives, such as H2 Mobility, for the build-up of a hydrogen infrastructure. “We have clearly demonstrated that the fuel cell electric drive is ready for the road,” says Prof Herbert Kohler, Vice President Group Research and Sustainability, Chief Environmental Officer of Daimler AG. “The last hurdles we will overcome in intensive cross-industry and cross-border teamwork.”
The f-cell award is given for the fourteenth time by the Ministry of Environment, Climate, Protection and Energy Sector Baden-Württemberg and the Stuttgart Region Economic Development Corporation (WRS). Donated by the state of Baden-Württemberg, the Innovation Award honors application-oriented developments around the fuel cell topic. Its aims are to honor outstanding developments in one of the most interesting fields of technology of the new century and to stimulate further innovation.