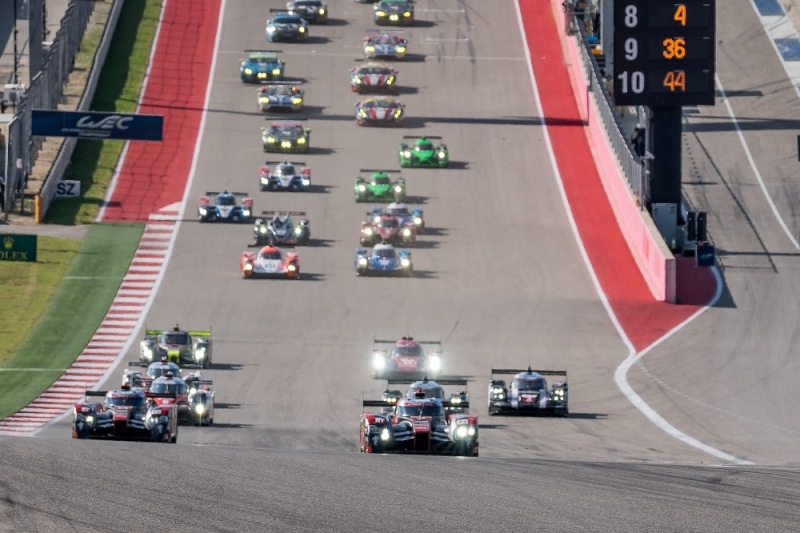 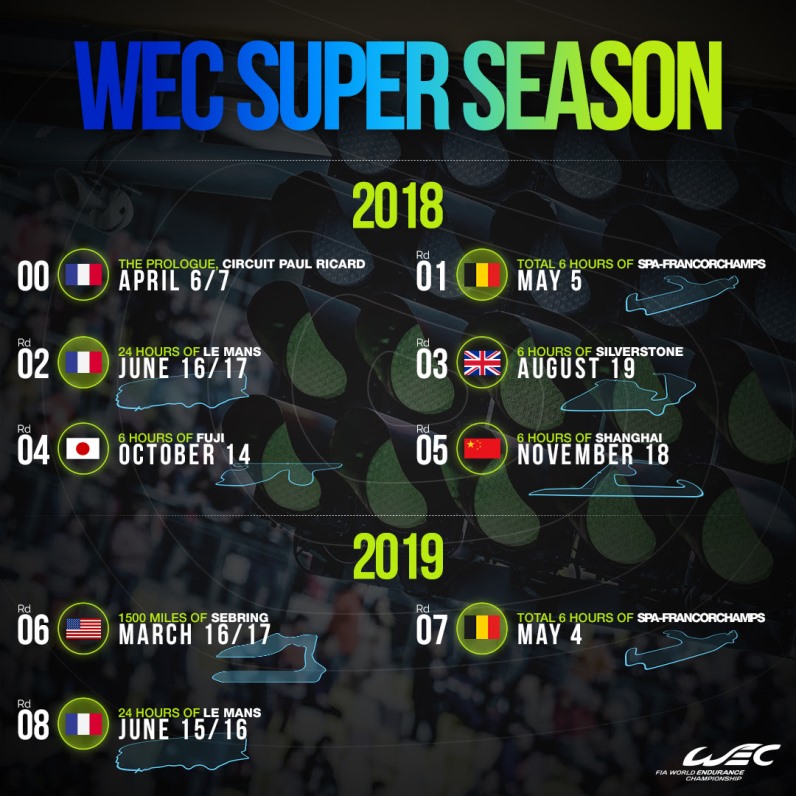 A capacity and high profile full-season entry list for the 2018-2019 FIA World Endurance Championship Super Season has been revealed during an online press conference broadcast from Paris, France.

The grid will be made up of 36 cars from 12 different nations, the highest number entered for a season since the Championship began in 2012 demonstrating that the discipline of endurance racing, and the World Endurance Championship in particular, is in extremely good health.

This Super Season will be exceptional not just for the quality and diversity of its entrants, but also because there will only be one ‘Super Season’.  It brings together the best and most historic venues across the world on which to race, no fewer than six of the world’s leading automotive manufacturers who will be fighting it out for World Championship glory, and world-class competition from private teams in LMP1, LMP2 and GTE which is guaranteed to thrill fans everywhere.

Jean Todt, President of the Federation Internationale de l’Automobile: “I am very pleased to see the strong entry list that has been unveiled today for the FIA World Endurance Championship ‘Super Season’. The FIA World Endurance Championship, through the partnership between the FIA and the ACO, continues to deliver a strong and stable platform for world class competition.   I am very much looking forward to following the development of the WEC in the future.”

Pierre Fillon, President of the Automobile Club de l’Ouest: “Endurance racing is in excellent health, as we can see from this capacity entry list to the WEC, and by the continued high level of interest in the 24 Hours of Le Mans.  It is very rewarding to see so many competitors moving from the ELMS to the WEC, or from LMP2 to LMP1, which demonstrates how well our pyramid of endurance works. We are confident this transition year will lead us towards an even brighter and stronger future.”

Richard Mille, President of the FIA Endurance Commission: “The 2018/19 season is one of change for the FIA WEC and it is fantastic to see an entry list for the coming ‘Super Season’ that features world leading manufacturers, great teams and star drivers. It is going to be a super season in more ways than one!”

Gérard Neveu, CEO of the World Endurance Championship: “Last September we announced new regulations in LMP1, changes to the calendar and new destinations for the Super Season, two visits to Le Mans a return to Sebring.  Six months later it’s time to see how many cars are on the grid, and it’s very satisfying to have 36 competitors including 6 major manufacturers and a good balance between prototypes and GTEs. This is just the start!  Now the show goes on and we are confident the figures will continue to increase as they have done for the last 6 years.  Welcome to the Super Season!”