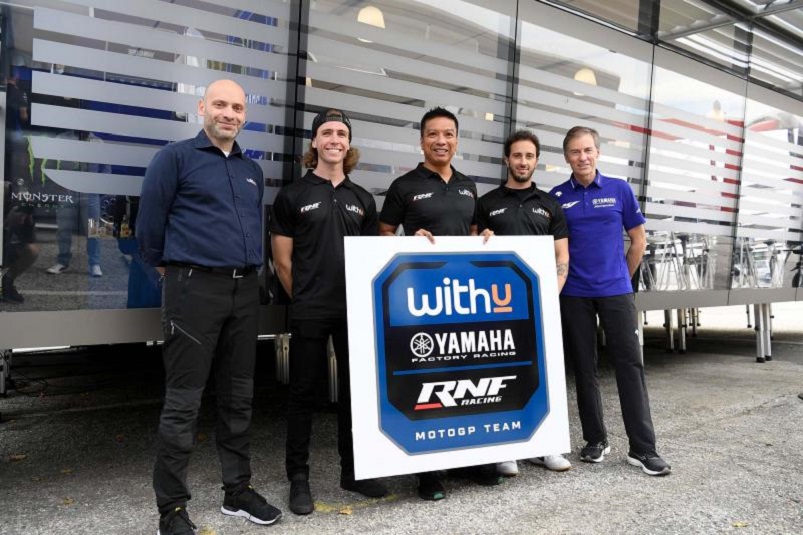 Yamaha Motor Co., Ltd. is pleased to announce the signing of Moto3™ talent Darryn Binder. He will be joining Yamaha’s rebranded RNF MotoGP Team’s rider line-up for the 2022 MotoGP season, with an option to stay on for 2023.

Following two years of riding in the Red Bull Rookies Cup, the South African started his full-time Moto3™ class career in 2015. That year Binder became a well-known name thanks to his brother, Brad Binder (Red Bull KTM Factory Racing), who went on to become the 2016 Moto3™ Champion. However, Darryn Binder has since long proven that he is an exceptional racing talent in his own right. Known for his hard racing and making use of any and every available gap during a race, the 23-year-old has ridden to six Moto3™ podiums so far, including a win at the 2020 Catalan GP.

Lin Jarvis, Managing Director, Yamaha Motor Company: “I want to give a warm welcome to Darryn. We are delighted that he is joining the Yamaha line-up next year. We‘ve had many conversations about who would be a good match for the new RNF MotoGP Team set-up. It‘s a fresh start for the Yamaha satellite team and that makes it all the more fitting to have a young and eager rider like Darryn join them, as Fabio and Franky did before him.

“For Yamaha the primary mission of the satellite team is developing future MotoGP talents. Darryn has already shown on numerous occasions what he‘s made of in the Moto3 class. We know he is a fast and determined rider who has got what it takes to battle at the front of the pack. Obviously, the step up to MotoGP is significant and will take some adjusting, but we feel that he‘s ready, and Yamaha and the RNF MotoGP Team will fully support him for this new and exciting challenge.”

Darryn Binder: “I’m extremely grateful for this opportunity, as it has been a lifelong dream to race in the MotoGP category. I definitely didn’t expect to make the jump straight from Moto3 to the highest class, but I do believe I’m up for the challenge, and I‘m ready to put in all the hard work for 2022.

“My target at the beginning will be just to find my feet in the big class and learn as much as possible to get stronger and stronger throughout my rookie season. I would like to say a really big thank you to Yamaha and the RNF MotoGP Team for everything they have done to make this possible as well as everyone who has been involved in getting me to this point. I‘m now just looking forward to riding the Yamaha YZR-M1 for the first time at the end of this season.” – www.motogp.com