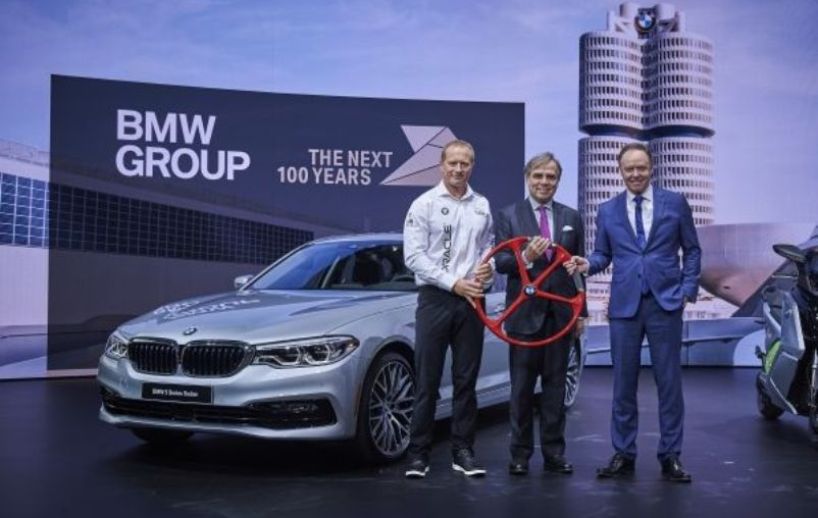 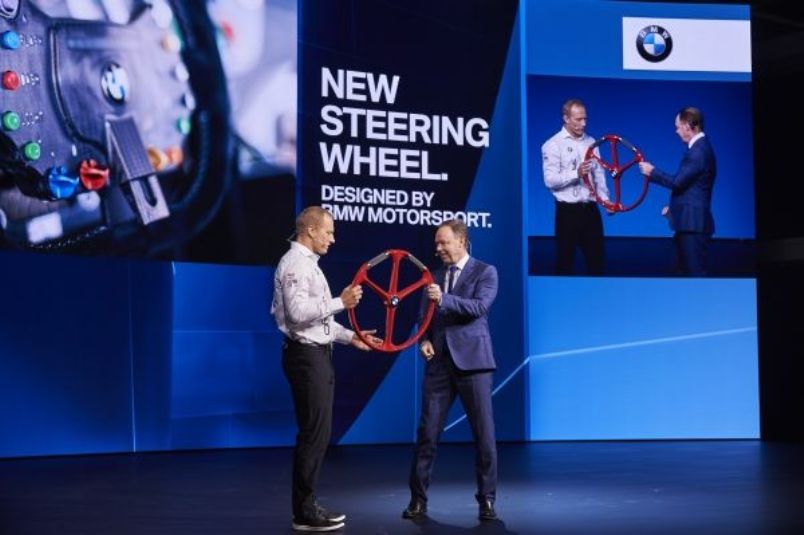 Dr Ian Robertson, Member of the Board of Management of BMW AG, Sales and Marketing BMW used the North American International Auto Show in Detroit (USA) in the Defender’s home country to launch the countdown to the 35th America’s Cup.

ORACLE TEAM USA will be out to win the most coveted sailing trophy in the world for the third time in a row when the America’s Cup Match takes place off the coast of Bermuda in June. BMW is the Defender’s Technology Partner and supports the design team with engineering know-how from the world of automobile manufacturing.

Dr Robertson handed over an innovative steering wheel that optimises the demanding steering of the high-tech catamarans, enabling them to “fly” more steadily. This is the most important factor for speed in the modern America’s Cup.

“We are very proud to be Global Partner of the 35th America’s Cup, which is the most technically demanding sailing event in the world,” said Dr. Robertson. “BMW also supports ORACLE TEAM USA as Technology Partner with engineering expertise, including the optimisation of aerodynamics, to create the ‘Ultimate Sailing Machine’.

Now that the boats are capable of ‘flying’, they need a completely different kind of steering system. The same BMW engineers that design the BMW Motorsport race car steering wheels developed the lightweight, intuitive steering wheel for ORACLE TEAM USA, which helps the team chase valuable seconds as they defend the America’s Cup in June.”

The new steering wheel is the result of a project launched at a technology workshop during the Louis Vuitton America’s Cup World Series event in New York in May. It will feature on board the new America’s Cup Class catamaran, which the Defender will present in February.

“The America’s Cup Class catamarans are unbelievably fast on the foils. However, controlling and steering these yachts is very complex,” said Jimmy Spithill, skipper of ORACLE TEAM USA. “This steering wheel is an optimal solution for adjusting the rudder and foils. I am thrilled with the new system developed by the BMW race engineers, as the yacht that can ‘fly’ the longest has the best chance of winning the race.”

The AC50 catamarans appear to soar weightlessly above the water on their foils. However, what may seem effortless is actually the result of a constant adjustment of the foils in the water. In order to allow the yacht to ‘fly’ without respite, the helmsman must adjust the angle of the daggerboard foil and rudder foil on a second-by-second basis to suit the course, wind, speed and position of the opposition.

To pull off all this at virtually the same time, he needs an intelligent and intuitive steering module, which works with absolute precision, similar to a steering wheel in a racing car. The BMW Motorsport engineers are very familiar with such demands. As in competitive sailing, the BMW works drivers competing in global GT races, endurance classics and the German Touring Car Masters (DTM) require a high-tech steering system that is intuitive to operate and allows multitasking.