Home 2021 Born in the USA: time for the American takeover 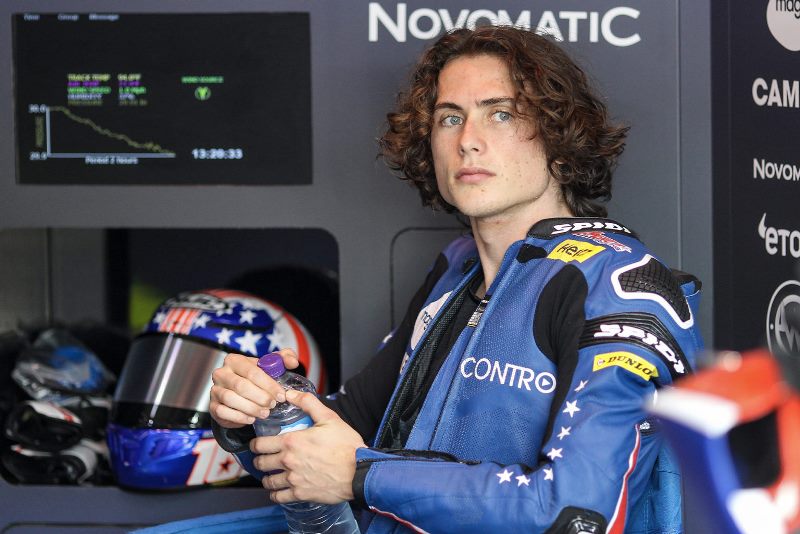 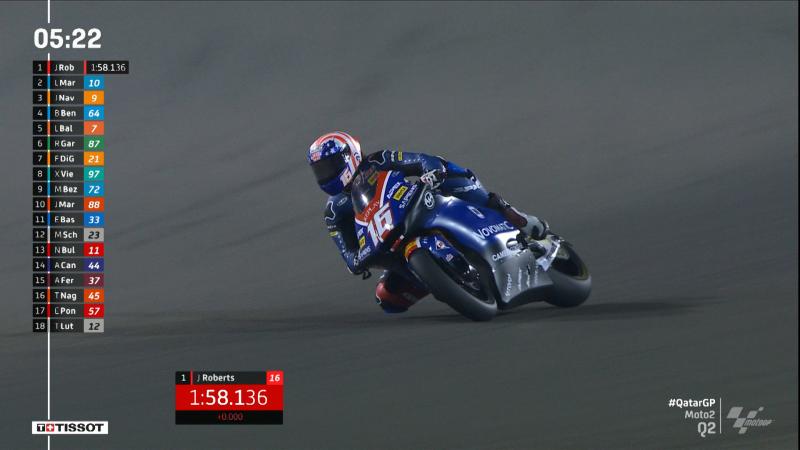 In 2021, Joe Roberts and Cameron Beaubier aim to continue the winning tradition of American riders who have made racing history

It’s the stuff of dreams for children. Lowering your helmet visor and getting your game face on as you line up on the grid for the start of a MotoGP™ World Championship Grand Prix and to then hear your national anthem blare across the track from the top step of the podium. These dreams are what both Joe Roberts (Italtrans Racing Team) and Cameron Beaubier (American Racing) will try to make a reality in 2021.

is preparing to face his fourth full season in the World Championship and comes off the back of an encouraging 2020. He earned three pole positions, a podium and seventh place in the overall standings during the Moto2™ campaign. Last season was a real Hollywood story for the American, which was caught on camera for Behind the Stars and Stripe, a mini docuseries which details the Californian’s season.

His Championship started with pole position at the Losail International Circuit, a real boost to his confidence which was followed up by a then career-best fourth-place finish.

Focused, motivated and determined, his mission was clear: “When I started competing in this Championship I wanted to bring America back to the top,” Roberts says in one episode.

After that first date in Qatar, the world came to a halt. The Covid-19 pandemic saw every sporting activity stop. For three long months the riders, like other sportspeople, had been training indoors, waiting patiently to be able to safely return to action.

That return to action eventually came for Roberts in July. The destination? Andalusia. The back-to-back dates at the Circuito de Jerez-Angel Nieto failed to see him bring the form of Round 1 to the south of Spain, finishing outside of the points on both occasions, however, he redeemed himself in the next round.

At the Czech Grand Prix, Roberts secured his second pole position of the year and his first career podium. A third-place finish saw him leap to the top of the overall standings. With a surname reminiscent of a father and son who together hold four world titles, young Joe is determined to bring the United States back to the top of the Championship.

As more positive results followed, the Malibu driver was starting to shine in the spotlight and, above all, the media. For days he had been talked about as a possible replacement for Andrea Iannone at Aprilia Racing Team Gresini in MotoGP™, but as Roberts himself says in Behind the Stars and Stripes, he didn’t have any doubt. The possibility of moving into the premier class is what every driver wants but the choice of the #16 was clear: to make the step up with a World Championship in his back pocket.

It was at that point when one of the teams in the midst of a World Championship fight came calling: Italtrans Racing Team. Following confirmation of Enea Bastianini’s move to MotoGP™, who later went on to seal the Moto2™ crown, the Bergamo team immediately knew who they wanted to fill the boots of the Champion elect.

Roberts had shown his maturity and his talent on several occasions, such as at Le Mans when due to a technical problem he started from the back of the grid and then finished eighth in a race where the weather conditions further complicated the challenge. In short, grit, determination and the desire to win motivate the Malibu driver and accepting the offer of the team fighting for the title was an opportunity not to be missed.

American Racing is a team that has an eye for procuring the best American talent so that they can have their say in the World Championship. Given the free seat left by Joe Roberts, the attention of owner Eitan Butbul and coach John Hopkins immediately switched to Cameron Beaubier, a MotoAmerica multi-Champion.

He too is Californian, born in 1992 and has five national titles to his name, Beaubier looks set to take Moto2™ by storm. The Roseville driver has already had the opportunity to familiarize himself with the European tracks as he took part in the Red Bull Rookies Cup in 2007. His burgeoning talent was secured and then enhanced by Red Bull KTM Motorsport, which led to his debut in the 125cc World Championship in the pits with Marc Marquez.

Beaubier then returned to the United States where he became a more mature rider and collected even more wins. 2021 marks the beginning of a new chapter, many tracks will be new for him but he will be able to count on the experience and advice of new coach and ex-rider John Hopkins, who will be able to help him exploit his strengths to achieve the goal: to bring the stars and stripes to the top step of the podium.

The goals of Joe Roberts and Cameron Beaubier are one of the same: to become the next US rider to win a World title and see their name go down in the history books alongside MotoGP™ racing legends such Eddie Lawson, the first rider in history to win two consecutive titles with two different manufacturers and who, even today, is the American driver with the most premier class titles; Kenny Roberts Sr, the first American World Champion who won the title in his debut year at 500cc, Freddie Spencer the only driver who won two Championships in the same year at 500cc and 250cc, and join the illustrious list of American stars in the sport such as Wayne Rainey, Kevin Schwantz, Nicky Hayden, the last American to reign supreme in the premier class.

2021 represents an important challenge for the two Californian stars. Can they become serious contenders, and if so, which of them will be the first to take the World title? Find out by following every appointment, every session and listening to every interview with the VideoPass.

Do not miss out on this opportunity. The World Championship starts next March 28 at the Losail International Circuit. Will Roberts return to Qatar with another pole position? Will we see him on the podium this time or will Beaubier be the one to impose himself? Make sure you have the VideoPass to experience a new chapter of MotoGP ™ history firsthand! – www.motogp.com