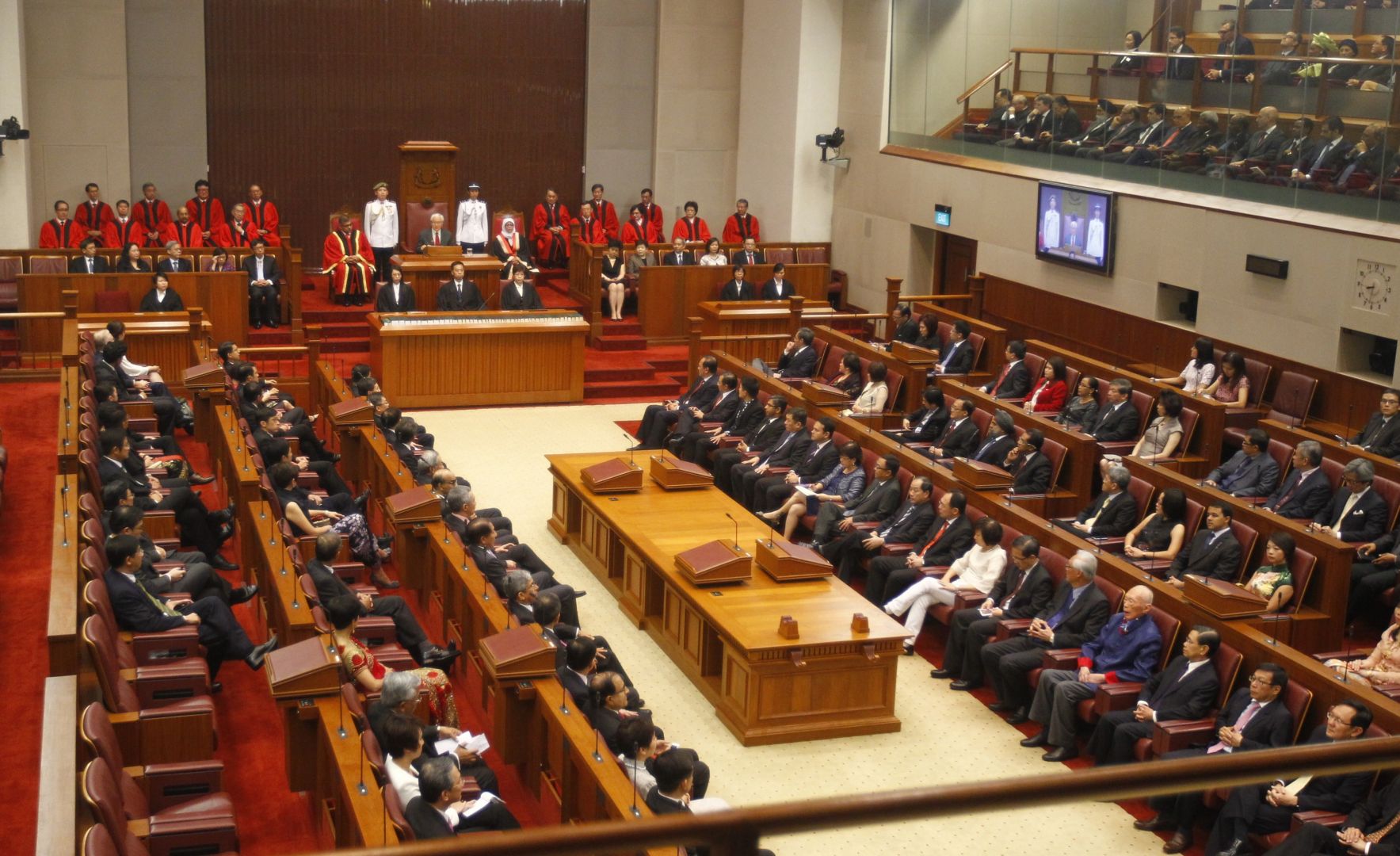 NEVER in Singapore sports history have the setbacks of football been brought to the door-steps of Parliament. Truly a sad indictment of the only sport that can unite a nation and lure draw 55,000 teenagers and senior citizens to the National Stadium.

But the unimaginable happened on Thursday when the sorry state of football got Members of Parliaments (MPs) to scream their heads out to the shams at the Football Association of Singapore (FAS).

The loudest critic was Nominated MP Ganesh Rajaram, a former Singapore Press Holdings & MediaCorp journalist, who asked: “Where did it all go wrong?” 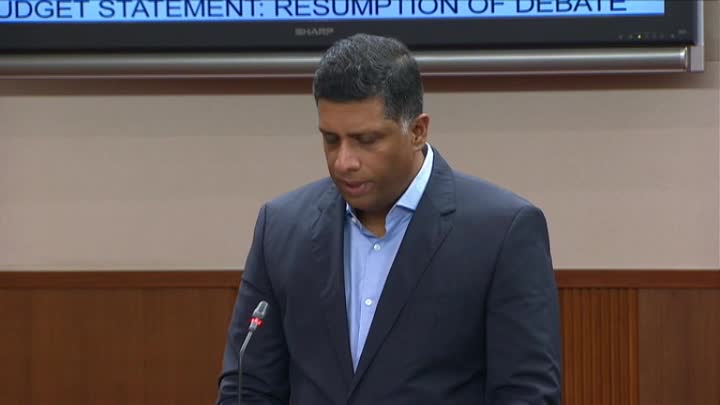 He hit the nail on the head when he moaned of Singapore’s “lowest-ever world ranking of 171” and warned that the “S-League is dying a slow and painful death”.

The state of football is going deeper and deeper into the quickstands and perhaps, rather ironically, nothing short of a government intervention, can salvage a sport that for close to 50 years was the pride of a little nation, with the “Kallang Roar” rip-roaringly instilling a sense of pride and passion for Singaporeans.

Now it is going to the gutters with the incumbents delaying holding the election of new office-bearers as they desperately race to make up lost ground, by shaking hands and hugging the lower-rung clubs, who will be voting for the first time, in over three decades, in a democratic-styled election.

Rightly so, like offering the yellow card to the FAS, in a speech delivered in Parliament, the government responded firmly. Parliamentary Secretary (Culture, Community and Youth) Baey Yam Keng urged the Football Association of Singapore (FAS) to hold its election of office bearers soon as the sport carelessly lies in limbo, awaiting a new set of leaders to chart its course.

As the football fraternity awaits the announcement of the date of the election, which has to be called by May 20, Mr Baey said: “FAS has been under the guidance of a provisional council since Nov 16, 2016, after the term of (the) last council expired. Until the new leadership team is elected, the direction of FAS remains uncertain.We urge the FAS to conduct the election soon.” 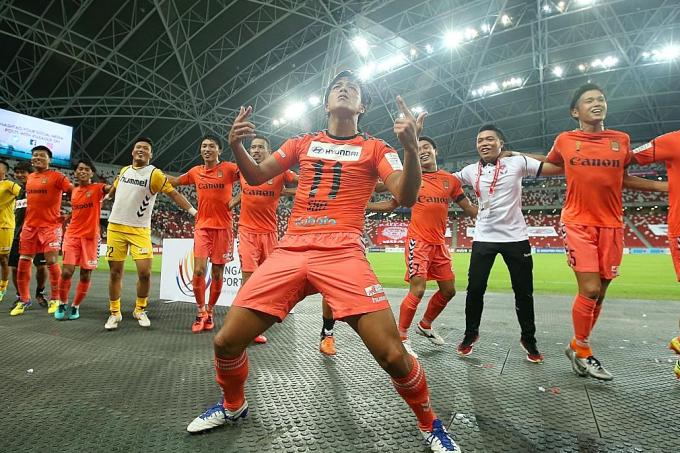 WHERE’S FOOTBALL EXCELLENCE?
Responding to Mr Faisal Manap (Opposition MP for Aljunied GRC), Mr Baey outlined what the FAS should do to take the game, which he said “generates a lot of public interest”, forward. He said its new leaders would need to “develop a multi-year strategic plan, which must address areas such as youth and coach development, community outreach and participation, and football excellence”.

Nominated MP Ganesh Rajaram, among the bubbly group of younger parliamentarians, perilously blamed “a lack of leadership and a lack of passion” for “this sad state of affairs” and expressed a hope that “real leaders with real passion and no hidden agendas step forward, and get the game back to where it should be”.

In a no-holds-barred speech, Mr Ganesh critically told the House: “In October last year, we sank to our lowest-ever world ranking of 171. Currently, we are at 164 and things don’t look like they are going to get better any time soon. The S-League is dying a slow and painful death.”

His damning poser to the government: “Where did it all go wrong?”

Mr Baey replied that the need for good governance applies to all national sports associations, not just football. “Our NSAs need leaders who can unite their fraternities around a sound strategic plan for the development of their sport,” he said.
He urged them to “build organisational capabilities” which would enable them to govern their sports effectively. This includes investing in and developing professional coaches and officials which would help enthusiasts and athletes improve, and creating a sustainable ecosystem for their respective sports.

Mr Baey added: “With strong leadership, good governance, effective management and sound technical capabilities, the sport as a whole can develop and grow to its full potential.

Lawyer Lim Kia Tong, president of FAS’ interim council, told The Straits Times that the elections are “on the horizon”. He added: “We have been working feverishly to get this historic elections on the way. We are moving very close to calling (for the elections) as FAS is receiving some final guidance from (world governing body) FIFA.”

HOT-HEADED FANS
The football fraternity, hot-headed at the prolonged delay, continued to further slam the FAS after the unprecedented Parliament outcry.

They’ve repeatedly called for the FAS, run for over 35 years by government-appointed figures, some who never turn up for a football match (!), to be more representative of modern society, and those who play the game. The cries from the grassroots are for the organisation to change the way it makes decisions and are more for the football heartlanders.

Lawyer Lau Kok Keng, who kicked off the “Legion of Lions” of former Singapore skippers to advice the FAS and also produced the “50 Greatest Moments in Singapore Football”, said the calling for “the election of strong leaders to drag it out of its current rut” is an indictment of the incumbents, and a clear expression of the view that they have overstayed their welcome.

In short, sharp, stern words, he added: “A very bold and honest assessment on Thursday in Parliament.”

National Football League (NFL) club Siglap FC spokesman Alim Omar said addressing the “pathetic state of football” in Parliament was the final straw. He added: “How long can they (the incumbents delay, delay and delay. They’ve just run out of time and should just hand over the leadership to the refreshingly new and younger folks, who should be given the chance to lift the sorry state of football.”

Former Singapore international goalkeeper Yakob Hashim said the Parliament debate clearly “signals for a more professionalised system right down the pyramid and down to youth level”. He added: “I find it very hard to believe that the FA is resistant to change, and there is almost nothing to which it will show greater resistance than the collective, public action, now addressed in Parliament.” 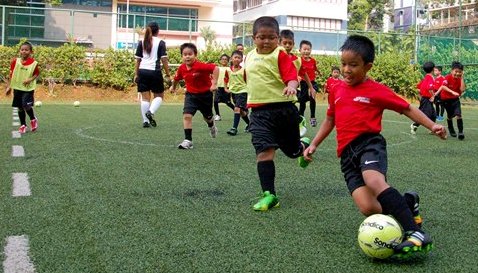 RADICAL CHANGES
There urgently needs to be “radical changes” if Singapore football don’t go back to the deepest crisis. Former FRAS (Football Referees Association of Singapore) President Ravi Krishnan said “football must be run by those with pride and passion for football and not by administrators who barely come down to meet the grassroots or for an S-League match”.

“How long can we go on like this? Look at the Members of Parliament (MPs), they are thick-and-thin with the respective constituents to raise people-morale and that’s what the FAS leadership should do, by genuinely participating in football, instead of just holding office and not interacting with the grassroots clubs,” he said.

In my opinion, mentioning the fallbacks of the FAS in Parliament is one of the most serious attacks on its authority in its 125-year history of an organisation, which is the oldest affiliate of the Asian Football Confederation (AFC).

How the FAS responds to the censures by MPs will determine football future, the millions of dollars in government funding and potentially the Lions’ fate in the regional and international standing.

The Parliamentary debate is timely, a wake-up call, for badly-needed reforms in the FAS structure, in particular the need to diversify its ruling council of democratically-elected office-bearers, with those with a genuine heart and head for football.

If you’re not passionate of serving the football grassroots and come and watch the S-League or NFL matches, my red-carded advice: Pack it in and stay at home or office!

Football is crying out for long overdue change and football-hearted MPs like Ganesh Rajaram and Faisal Manap have daringly used the Parliament platform for almost a no-confidence motion and for reforms to save what appears to be the imminent death here of the world’s No 1 sport.

Ironically, FIFA, the world football’s governing body, doesn’t encourage national governments to interfere with the running of the sport. But Thursday’s big roar in Parliament is the biggest statement to “shape up or ship out” for the non-performing FAS council members.

Suresh Nair is a Singapore-based journalist who has covered football affairs for over three decades.