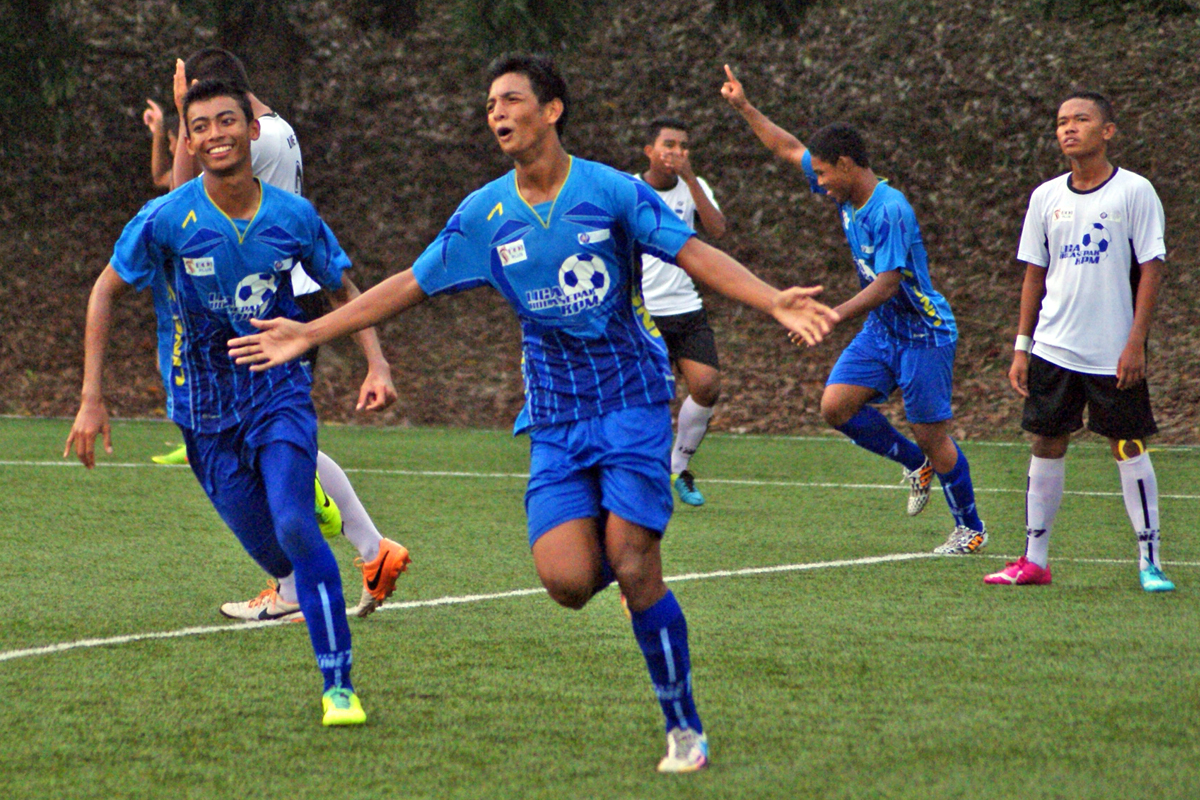 The Under-15 team of the Bukit Jalil Sports School were in awesome form on the weekend when they thrashed former triple champions SMK Tunku Anum of Kedah 4-0 in the first leg quarter-finals of the Ministry of Education U17 League.

In the match that was played at the MSN Field, the city boys under chief coach Kok Keng Lin scored just one goal in the first half before adding three more after the break to make sure that they have a big advantage for the return tie on 11 October.

“At the start, we were a little bit hesitant as we were playing against a strong side with players who are older than us, and who are more experienced,” said Keng Lin. “But after we scored the first goal at the end of the first half, the visitors seem to have lost focus.

“For sure, the four goals will be a great advantage for the return tie (in Jitra). I told the players (who are all under the age of 15-years-old) to always maintain focus and not disregard the quality of the opposition.”

With SMK Tunku Anum maintaining a tight lid at the back, it took a strike from Mohamad Nazirul Hasif Mailang just before the end of the first half to give Bukit Jalil the lead.

“We created chances after chances but we just could not find the back of the net. In turn, the opposition scored with the opportunity they had and that put us under pressure,” added SMK Tunku Anum coach Mohd Faqih Mohamed, whose team had won the title in 2010, 2011 and 2012.

“The players lost focus when Bukit Jalil took the lead and we were punished even more soon after that. I hope that these players will do better for the return tie even though it will be a mountain to climb with the four goals disadvantage.”

But it was not only SMK Tunku Anum who had a torrential weekend, as defending champions SMK Bukit Nenas of Terengganu also suffered on the road.

The east coast side fell to a 1-0 away loss to SMK Za’ba of Negri Sembilan with the only goal of the game coming off Mohamad Haziq Fikri Haszaime in the 85th minute.

In the meantime, SMK Syed Hassan of Perlis, who has been inspiring all season long, edged SMK Seri Titiwangsa of Kuala Lumpur 2-1 while SMK Tabuan Jaya of Sarawak beat Selangor’s SMK Seksyen 11 with a slim 1-0 win at home in Kuching.

The second leg of the quarter-finals will be played on 11 October 2014.