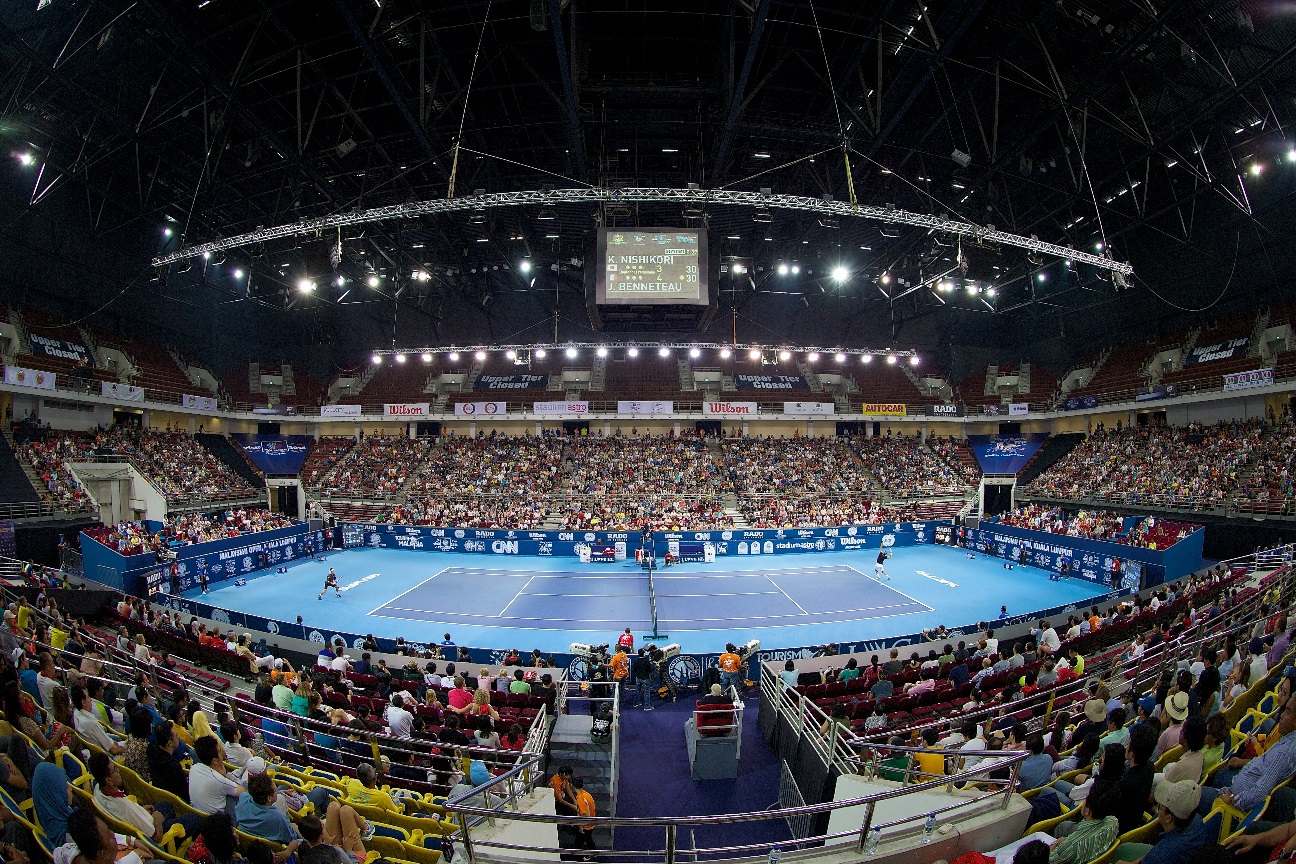 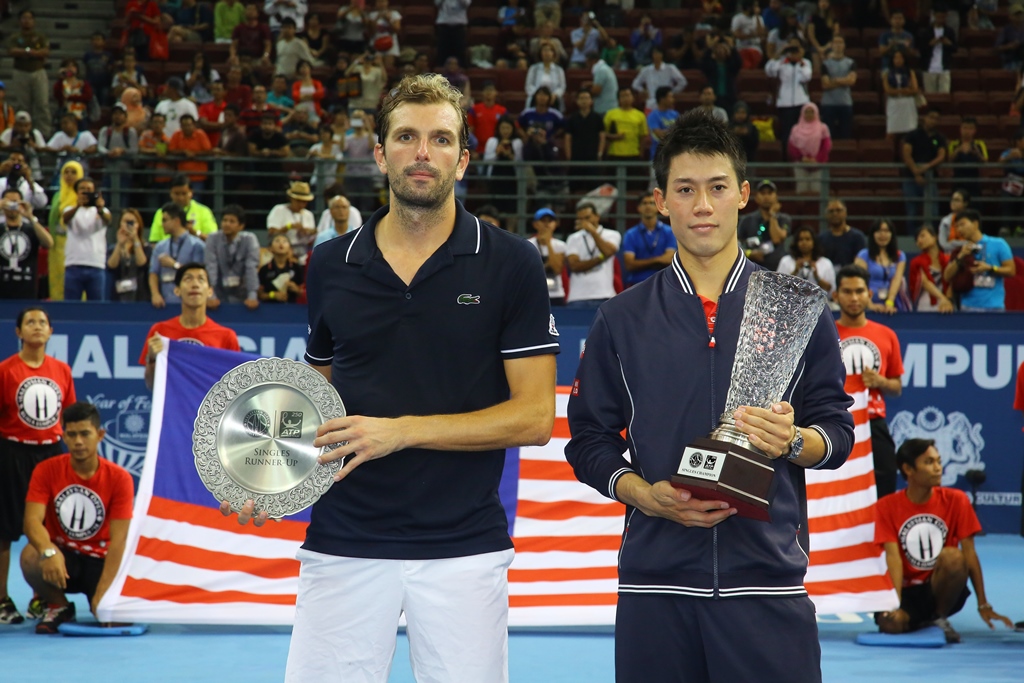 Top seed and world No.8 Kei Nishikori will make his first Malaysian Open, Kuala Lumpur 2014 finals appearance after a tense 6-3, 4-6, 6-2 semifinal victory in one hour and 37 minutes over Jarkko Nieminen on the Putra Stadium Centre Court here in Bukit Jalil today.

Both players were in great form in front of a near capacity crowd, and although Nieminen rallied early in the second set to force a decider, last month’s US Open runner-up Nishikori responded imperiously in the third to take the match.

“Today was a little bit tough, because he was playing a little better in the second. Maybe I relaxed a bit, because I couldn’t take my chances, and I had a couple of unforced errors in the last couple of games of the second set. But I tried to concentrate and focus in the first couple of games (of the third set) and everything worked well after that. And I finished well, so I’m very happy,” said the 24-year-old.

Nishikori meets Benneteau in tomorrow’s final, with the Japanese having beaten the Frenchman twice in the last three years.
“Julien is definitely a tough player, especially on indoor courts. Also he’s been playing well this tournament, so he can be a really dangerous player, and he just beat Gulbis. There’s going to be long rallies for sure. I’ll just try to stay focused and try to play another good match,” added Nishikori on his chances for a sixth career title.

Coming into the game, former world No.13 Nieminen had not dropped a set the entire tournament and had enjoyed a remarkable return to top form.

“I played really well in the second set but it’s tough to keep up that kind of quality all the time. Kei is playing really well, he’s very confident and in the end he was obviously a little bit better. But this was maybe the most positive week for me this year,” said the Finnish number one after his second semifinal run of the season.

Fourth seed world No.28 Julien Benneteau makes the finals of the Malaysian Open for the third consecutive time after he upset second seed Ernests Gulbis 6-4, 6-4 in 79 minutes on Centre Court.

The 32-year-old Frenchman, widely regarded as the best player on tour to have never won an ATP Tour title, has lost in all nine previous finals appearances, most recently in Kuala Lumpur last year.

“You never expect to win a match easily, especially against a Top 20, Top 15 guy. But on this surface you never know, it can be fast and quick and you have to be ready for the key points. Last year I was very close, and I’ve given myself another chance to have a title, and we will see,” said Benneteau.

Speaking on his chances against Nishikori, the Frenchman said: “Nishikori is a very good player and he made the final of the US Open. He’s in the Top 10. He’s quite fast and has a good backhand and he doesn’t have too many weaknesses. He’s very complete… it’s going to be difficult, but we will see.”

Top Latvian Gulbis has been solid throughout this tournament but struggled to find a foothold against Benneteau today, winning just 68 per cent of service points even though he hit 11 aces.

“I didn’t play great, I lost two easy breaks each set when we were at 4-4. He was very solid and I made too many unforced errors. That’s what made the difference,” said the 26-year-old.

Doubles fourth seeds Marcin Matkowski of Poland and Indian Leander Paes booked their spot in the finals with a convincing 6-2, 6-4 victory in 62 minutes over Andre Begemann and Julian Knowle.

“It was a good match and we had a good start in the beginning. I must give credit to our opponents because even though they were down in the first set 6-2, they kept on coming back after us. They kept on trying and kept on working which was nice, it was a good competition. Marcin played well today, he returned serve really well today and that allowed us to break four times. In this format if you’re going to break four times in a match it’s going to be a long day for your opponents,” said the former doubles No.1 Paes.

Matkowski is making the Malaysian Open finals for the third time and won the title in 2009 with compatriot Mariusz Fyrstenberg.

Second seeded Brit-Aussie duo Jamie Murray and John Peers fought off a late rally from third seeds Dominic Inglot and Florin Mergea to win 6-2, 7-6(0) in 65 minutes and also move into the finals. Murray and Peers have picked up four titles as a pair in the last two years.

The doubles finals will be broadcast globally and will played from 2.15pm with the singles at 4.30pm. The Minister of Youth and Sports, Malaysia and a host of different ambassadors representing various nations will attend the Sunday finals.