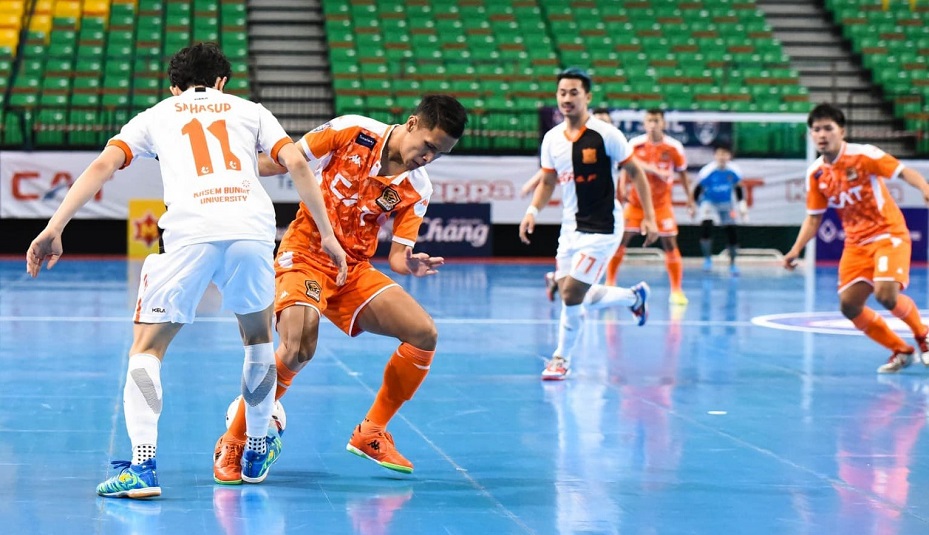 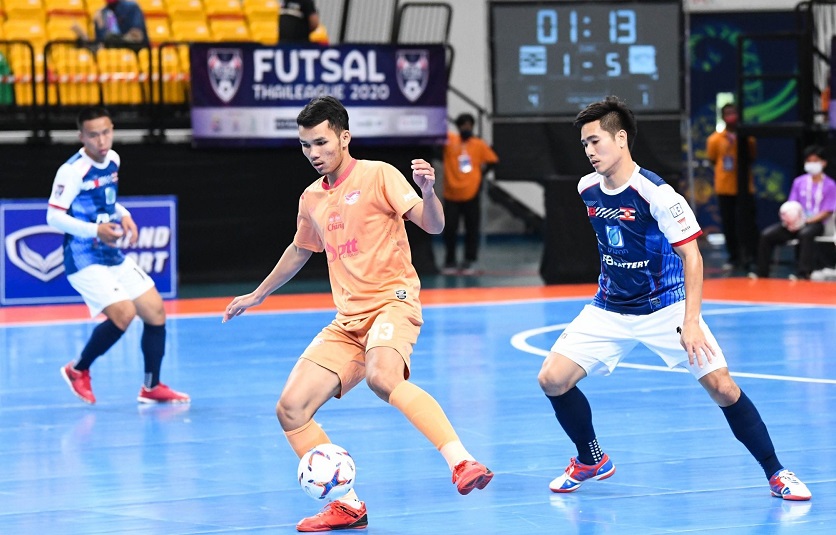 CAT FC moved up to third in the Futsal Thai League 2020 following their ill-tempered 4-3 win over Kasem Bundit at the Bangkok Arena.

In the match which saw two red cards and two yellow cards being produced, it was Kasem Bundit who went ahead in the ninth minute through Anan Watchapudom.

Suthipong Sri-on then pulled a goal back three minutes after the restart as Udson Goncalves Vieira’s 31st minute strike then put the score all level at 2-2.

And while Tharadol Huangwichien gave Kasem Bundit the one-goal advantage a minute later, there was no stopping CAT FC from taking the match when they scored twice more in the closing stages of the game for the win.

Jakaphon Arthiam and Airton Oliveira Brandao were on target in the 32nd and 40th minute respectively.

The win allowed CAT FC to take over the third spot from Tha Kam Cold Room, who this week were held to a 5-5 draw by Bangkok City.