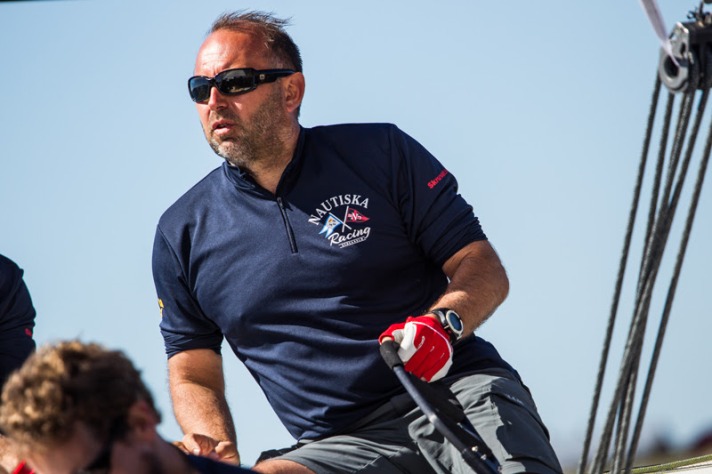 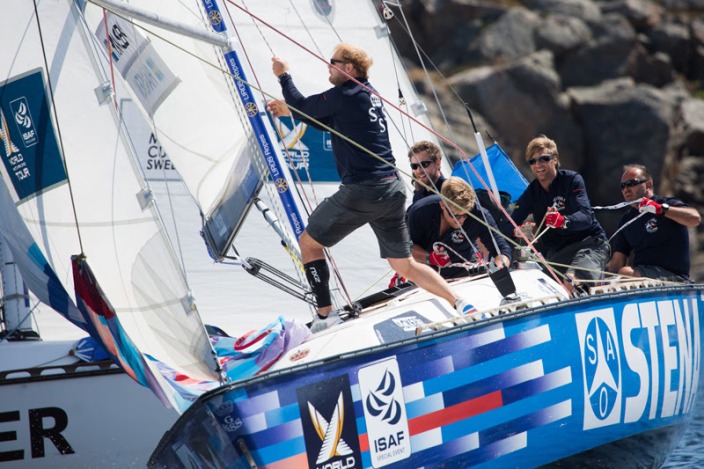 Kick-off time at the Monsoon Cup, in Johor, Malaysia on 26th January, will see Björn Hansen gunning for his first ever World Match Racing Tour (WMRT) victory and the official ISAF Match Racing World Championship title that goes with it.

At present the World Match Racing Tour leaderboard has Sweden’s top ranked match racer lying second overall, sandwiched between overall leader and five-time World Champion Ian Williams, just two points ahead of him, and with third placed Taylor Canfield just three points behind. With the Monsoon Cup counting for double points and non-discardable, this means that all three skippers are virtually level-pegged in terms of their championship-winning prospects. In short, nothing will be decided until the conclusion of the event on30th January.

Hansen shares his assessment: “Of course there are some other guys who still have a chance to win the championship, but looking at the history it’s been quite a long time since any of us three didn’t make the semi-finals. So I would guess that one of us will win the Championship.
We’re just going into the regatta feeling privileged to still have the chance to be the World Champion. It’s a bit special this World Championship, because it’s the last one in monohulls – at least for a while.”

But the bearded Swede is well aware of the dangers of his position having been in a similar spot in 2012 when he saw championship victory slip through his fingers, ending the season in second: “We were actually on top going into the finals, one or two points ahead of him, pretty much the same situation as this time – whichever one of us ended up ahead of the other would be the World Champion.”

Only this time it will be a three horse race, including 2013 Match Racing World Champion Taylor Canfield too. Hansen reckons this is a good thing as it means he will have to take each race as it comes, rather than obsessing about one opponent.

Looking forward to the Monsoon Cup, racing will take place out of a new venue in a new boat, the Fareast 28R instead of the Foundation 36. Unlike many of his competitors Hansen has had the opportunity to try out the new boat, recently sailing an example in Stockholm, where a fleet of them is based. His assessment is that it is a fine, exciting boat, albeit not particularly well set up for match racing with its starboard (as opposed to port) weather mark roundings. However, all the crews are in the same predicament and each will have to make the best with the tools they are given.

The Fareast 28R is also four-man, as opposed to five. “I would prefer sailing with five because there’s actually only been one five person regatta this year,” says Hansen. “And this feels like a ‘big’ four man boat. But it doesn’t really matter. Mainly, with the Foundation 36, you know what you’re getting, as opposed this being a completely new boat, where you don’t…”

In terms of the venue – Puteri Harbour in Johor, the race course is just a few miles from where the Monsoon Cup was held in 2015 and Hansen reckons that the conditions will be similar with light winds prevailing at this time of year. “I understand the actual race area is a little bit smaller than last year, but as we have slightly smaller boats I think it will be big enough.”

Significantly in 2015, the World Match Racing Tour moved into Swedish ownership, which surely can only be a good thing for a Swedish participant? “I think it’s great, especially that we have one strong person behind the Tour, and who really wants to develop it.  Now we’re going into a different kind of match racing, as opposed to the match racing we’ve been used to where you have different boats at different venues. It’s like previously we were doing a decathlon where you had to be a good high jumper, a good long jumper, a good 100 metre runner etc – for us, we needed to be good at sailing the J/80s, DS37s, IODs, etc and now we have to focus on being good in just the M32 instead, which feels a little bit like going from the decathlon to the 100 metres or something.”

Most of the World Match Racing Tour’s tour card holders have competed in multihulls to a greater or a lesser extent. And Hansen has done a fair amount himself – notably the Oops! Cup, a Scandinavian circuit in the mid-2000s sailed in the French ultra-high speed ORMA 60 racing trimarans, and the Archipelago Raid, a long distance complex waterborn orienteering event through the Swedish archipelago aboard F18 dinghy cats. Neither boat especially resembles the M32, which Hansen first sailed during the M32 Scandinavian Series’ final event last year. “I don’t have as much experience as Taylor [Canfield] and those guys, but I think that we don’t need too much time to get up to their level of experience,” he says.

Hansen says he likes the boat and is looking forward to the fresh challenge of trying to come out on top in what he feels is effectively a new sport. He also believes that match racing needs this kind of shot in the arm. “I think traditional match racing was on a bit of a downward spiral, but now we have Håkan [Svensson] who is really keen on developing the sport and taking match racing to a new level. I think it will be very good.”

He makes the observation that match racing as a sport is splitting in two at present between traditional monohull events and those racing in multihulls, culminating in the America’s Cup. An advantage of the World Match Racing Tour ‘going multihull’ is that it is now once again of direct relevance to America’s Cup teams and their training – useful for Hansen when he comes to start his own America’s Cup campaign (we jest…) “Let’s hope so….I just have to cut 30 years of my age off!”

In addition to the World Match Racing Tour which kicks off in M32 catamarans in Fremantle, Western Australia over 2-7th March, Hansen plans to complete closer to home in this year’s M32 Series Scandinavia. While M32s will be supplied equipment at events on the World Match Racing Tour, for the Scandinavia Series he needs to acquire his own boat and is currently working on the funding that will enable him to purchase a boat and cover the running costs for the season.

This will also allow him to keep the boat ‘at home’ for ease of training and to carry out corporate hospitality to meet his sponsorship commitments. However, he is aware that it is unlikely that his crew will be able to commit the time to competing on both circuits, so while he will remain skipper for each, he will probably have to muster two crews for the different circuits.

In the meantime, there is still the Monsoon Cup to be sailed in monohulls, where Hansen will be hoping he finds similar success to that which he enjoyed when he won Stena Match Cup Sweden on his home waters last summer.

Monsoon Cup kicks off next week from the 26-30 January in Johor, Malaysia. Stay up to date with the event as we bring live race action via Twitter on @wmrt_liverace and regular updates on @worldmrt from Malaysia. Follow us onfacebook.com/worldmatchracingtour to get the latest news, event updates, behind the scenes and information of the Monsoon Cup Malaysia.