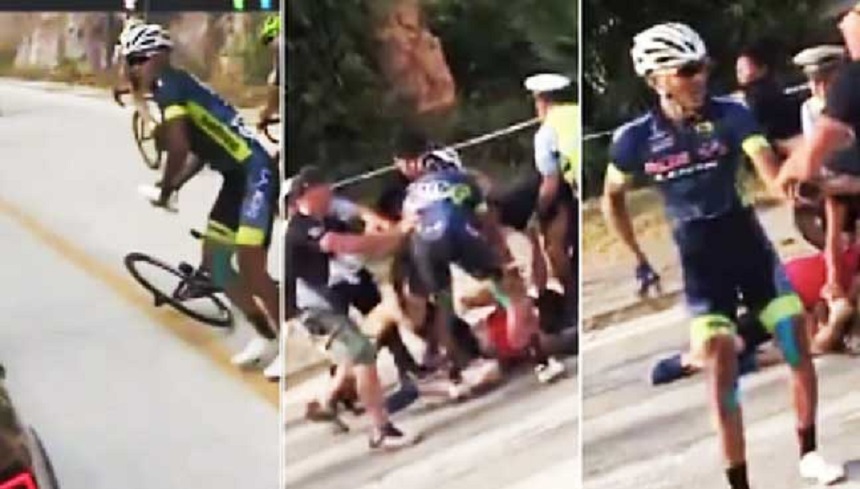 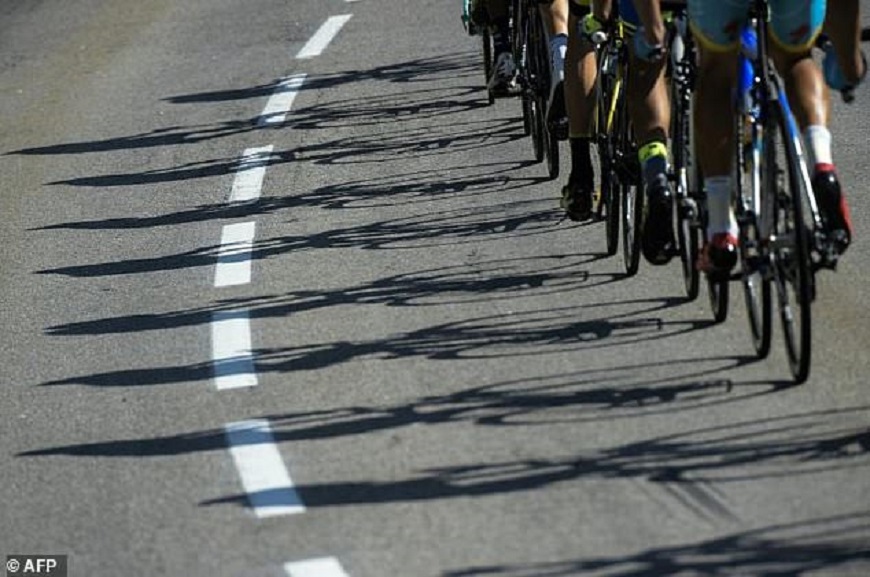 A Chinese rider with the local Keyi Look team faces severe punishment after attacking members of the Swiss national team at the Tour of Hainan in extraordinary scenes.

Race organisers on the southern Chinese island said that Wang Xin and his team would never be allowed back following the violent incident that saw police step in and Keyi Look expelled from the event.

Video footage posted online shows a rider, purported to be Wang, beating one staff member of the Swiss team to the ground and kicking him in the head, before attacking a second one.

The rider then retrieves a tyre pump from a support car, with the seeming intent to use it as a weapon.

Police and bystanders rush in to intervene, as dozens of people look on in shock.

The Chinese Cycling Association (CCA) is weighing further punishment following the incident at the end of stage seven on Friday, a 166.5 kilometre ride between the cities of Sanya and Wuzhishan.

It was sparked when the Swiss team car “had physical contact” with Wang, causing him to fall, the CCA said.

The CCA said it had “a zero-tolerance attitude towards uncivilised behaviour and violence” and alleged that in addition to Wang, Keyi Look team staff were also involved.

“CCA will make a further decision after more investigations on this incident,” it said in a statement.

Danilo Hondo, the Swiss team manager and allegedly one of Wang’s targets, denied their car had struck the Chinese rider.

“We never bumped into him, you can see that from the race video,” he told Eurosport.

“He simply hit the back wheel of another rider and went down. He was obviously embarrassed and took out his frustration on us.

“We tried to approach him after the race, in fact we waited 45 minutes after the finish for him to cross to apologise for any misunderstandings and to show him and his team that we respect them and meant no harm.

“But both he and his team approached us with anger and everything escalated from there.”

Keyi Look and Wang apologised in statements on Weibo, China’s equivalent of Twitter, but blamed the Swiss for knocking him over with their car.

The Tour of Hainan vowed never to allow them back.

“Wang’s behaviour is not acceptable and doesn’t reflect Chinese cycling. Hainan people are known for being very friendly,” race organisers said in a statement.

“The image and the reputation of the Tour of Hainan cannot be tarnished by such improper behaviour.

“Fighting will never be permitted in this event.”-Agence France-Presse