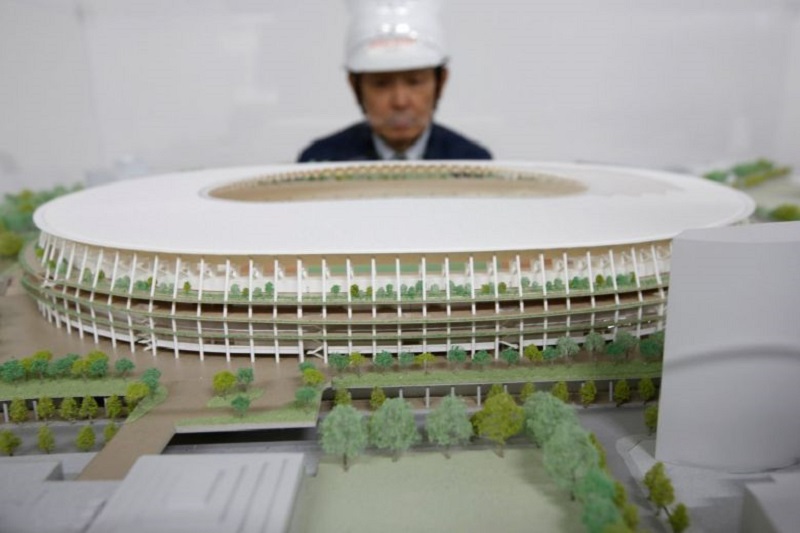 Tokyo has slashed its budget for the 2020 Olympics by an additional $360 million, an official said on Tuesday, amid mounting pressure to reduce the cost of hosting the huge sports event.

Olympic planning officials have made the cuts by changing construction methods and installing cheaper temporary seats in some venues instead of permanent ones.

“In total we are now able to slash the cost of facilities by 41.3 billion yen ($360 million),” a Tokyo official told AFP.

Last year, Tokyo governor Yuriko Koike ordered the plans for three venues to be revised as costs spiralled to more than $25 billion — four times the initial estimates when Tokyo won the 2020 bid.

In June, the International Olympic Committee praised Japan for slashing 2020 costs from around $20 billion to $13 billion, but warned that soaring budgets could yet deter other cities for bidding for the games.

“Apart from the fact you’ve got the budget down now to around $13 billion, the emphasis that you are continuing to work together to further reduce costs and optimise resources is not only important to you and taxpayers, but also very important to the IOC,” said Tokyo 2020 coordination commission chairman John Coates.

A number of cities withdrew from the initial race for the 2024 Games, citing waning public support and concerns over budget.

Rome, Hamburg and Boston all pulled the plug on their bids, reflecting the political difficulties in persuading voters that staging the Olympics is worth the multi-billion-dollar price tag.

The cost of hosting the games has also hit the Tokyo bid. In 2015, Prime Minister Shinzo Abe tore up the blueprints for Tokyo’s new national stadium over its eye-watering $2 billion price tag.

In September, the IOC awarded the 2024 Games to Paris and the 2028 Games to Los Angeles, crowning the two cities at the same time.

The IOC has pledged to make changes to the Olympic bidding process following the withdrawal of Budapest from the race to host the 2024 Games, leaving just Paris and Los Angeles in the running.-Agence France-Presse