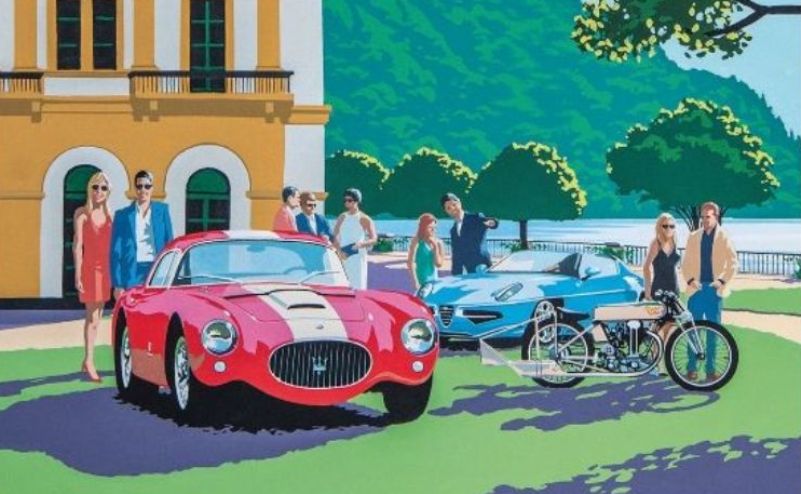 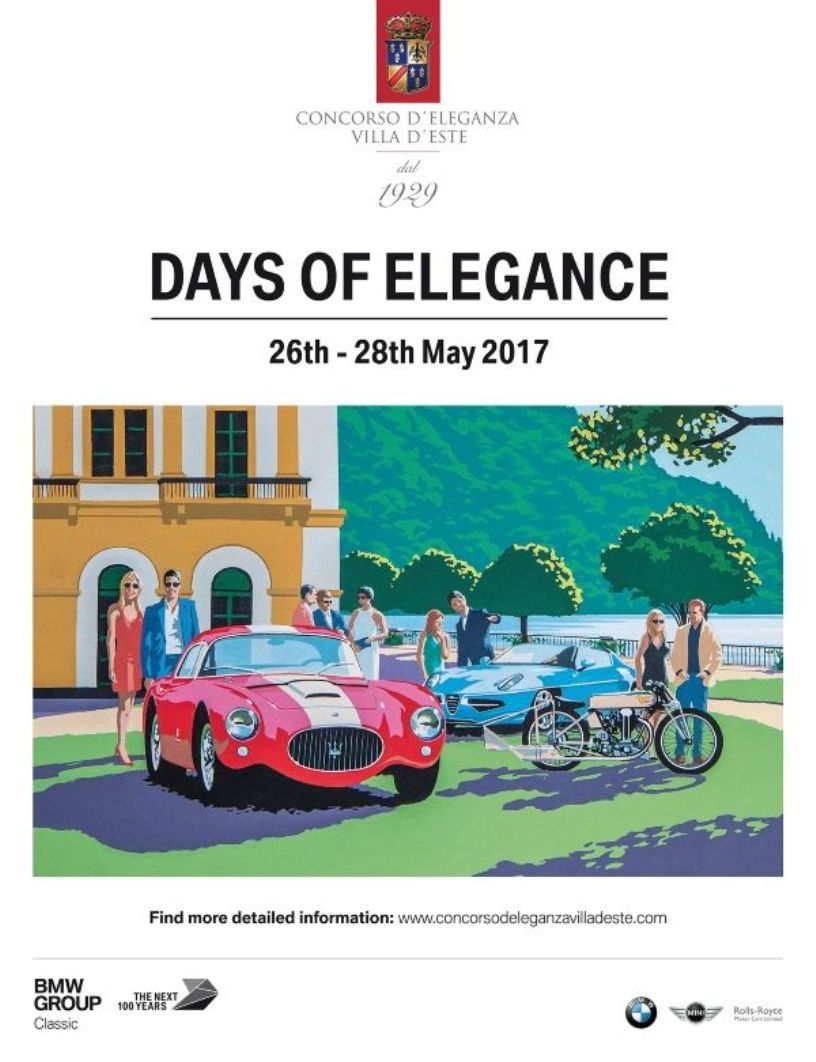 The world’s most exclusive and traditional heritage event for historic automobiles and motorcycles will be held once more on the shores of Lake Como, Italy, in 2017. The most beautiful classic vehicles will be presented at Cernobbio in Northern Italy from 26 to 28 May 2017 in the Concorso d’Eleganza Villa d’Este.

The motto “Around the World in 80 Days – Voyage through an Era of Records” will take the story of automobile production from the early years to the present day, and will even extend the trajectory into the future. This is because apart from award classes for the rarities from the past, the vehicle class for Concept Cars and Prototypes also presents a vision for the automobiles of the future.

Over many years, this classic weekend has enjoyed a unique position among beauty contests for classic automobiles and motorcycles thanks to the elegance of the event, the unforgettable atmosphere, and the small, exclusive field of participants.

The Selecting Committee made up of international experts has already defined five of the planned nine vehicle classes:

Beautiful automobiles from the 1950s and beyond that continue to define their raison d’être by long-distance feats.

3. Travelling in Style: Around the World in 40 Years

If Phileas Fogg, the hero of Jules Verne’s iconic novel, had embarked on his epic journey around the world 40 years later, how would he have motored? Help him choose from the best in Edwardian luxury.

4. The Grand Tour Continues: The Next 40 Years

Would Fogg‘s descendants have followed in his intrepid footsteps? And would their taste in motor cars have been as impeccable as Great-Uncle Phileas‘? Unquestionably. Here‘s how they would have travelled between 1946 and 1986.

5. Racers on the Road: Playboys’ Toys

The road-converted racing machines in this category are loud, unsuitable for the public highway and wholly impractical. In short, the perfect match for their exuberant first owners, the playboys of their era.

However, the Concorso d’Eleganza Villa d’Este is not simply a snapshot of the glittering past of automobile construction. The show also looks at the future of the sector. The class of Concept Cars and Prototypes presents automobile studies and concepts which showcase the automobiles of tomorrow. No other classic event in the world looks at the sector from this perspective. The class features cars penned by the most prestigious designers of our time. These visions for the automobile design of tomorrow provide an enticing contrast to the retrospective show of important historic vehicles and their epochs.

The vehicles in all award classes are judged by a distinguished Expert Jury. However, the participants also have to appeal to the public because their votes – as in the case of Concept Cars and Prototypes – decide on the winners of several special prizes.

Historic two-wheelers and a milestone for mobility.

An outstanding field of participants also awaits friends of classic two-wheelers. The Concorso di Motociclette is one of the high points on the second event day. In 2017, the convoy of rare motorcycles will once again go on an outing along public roads to reach Villa d’Este and Villa Erba.

In many ways, the motto of the Concorso d’Eleganza Villa d’Este in 2017 connects the cars of the present to the cars in history. In 1873, the novel written by Jules Verne was published for the first time. This was also the year when Villa d’Este opened its doors as the Grand Hotel. Even today, the wonderful parkland, grounds and gardens bear witness to the glamour of this era and this is where the competing vehicles will be presented. The era famous for travel around the world also marked a milestone in the mobility of humanity. This was the first time that people other than sailors, missionaries or scientists were able to embark on a journey – it became possible for all those passengers who embarked on steamships or travelled by train. This was an era when a system of global transport was being created together with its network structures. During this time, ground-breaking inventions like telegraphy and the telephone were dramatically changing the world.

The Concorso d’Eleganza Villa d’Este was held for the first time in 1929 – at the time it was still a show for new launches in the automobile sector. In 1999, the BMW Group took over as patron, and since 2005 BMW Group Classic has been working together with the Grand Hotel Villa d’Este as the organiser of the pageant of illustrious rare vehicles. Every year, thousands of enthusiasts and participants from all over the world come to the Concorso.

Owners of rare historic automobiles and motorcycles can still register their vehicle at http://concorsodeleganzavilladeste.com/registration. The international Selecting Committee then decides on the final approval for this illustrious contest.