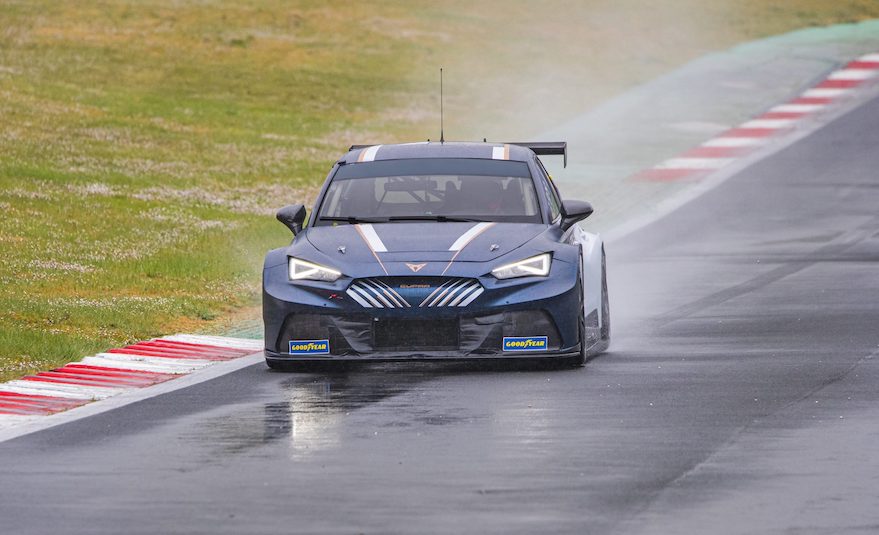 CUPRA Racing has formed a brand-new partnership with the ultra-successful EKS team, owned by Mattias Ekström, while also becoming the first brand to confirm its plans for the inaugural FIA ETCR – eTouring Car World Cup this year.

Ekström and CUPRA claimed last year’s all-electric touring car crown under its previous guise as PURE ETCR and have now strengthened their partnership as the series gains FIA World Cup status for the first time.

CUPRA EKS will be responsible for the operation and development of the CUPRA eRacer, which won three of the five events in 2021 with Ekström and Mikel Azcona under the CUPRA X Zengo Motorsport name and aims for more title success.

Created by Ekström in 2014, the Swedish squad has been one of the front-runners in rallycross, claiming the FIA WRX Drivers’ and Teams’ titles in ’16 and more recently branching out into rally raids, where it scored a one-two result in the T3 class of this year’s Dakar Rally.

The CUPRA EKS driver line-up will be announced on April 19.

FIA ETCR is the world’s first all-electric touring car series with a World title at stake. Manufacturers compete against each other using the most powerful touring cars ever built; the maximum 500kW (670bhp) beasts battling it out on a combination of iconic racetracks and innovative street circuits through numerous short, sharp Battle races for the ultimate prize.

With sustainability at the heart of the series, the on-track excitement comes with a commitment to provide a global platform for the world’s biggest automotive manufacturers to showcase their latest electric cars in the high-intensity world of motorsport while also showing that electric mobility can be fun, fast and sexy.

Mattias Ekström, EKS Team Principal, said: “Our new partnership with CUPRA marks an exciting time for EKS team, as we enter the world of electric racing. As always, we are in the FIA ETCR all-electric Touring Car World Cup for the win and CUPRA EKS is fully focused on the forthcoming season, with our #GoHardOrGoHome racing philosophy! We share the passion of the sport and together we look forward to scoring many more race wins and titles under the CUPRA EKS banner.”

Xavier Gavory, Series Director, FIA ETCR eTouring Car World Cup, said: “After the excitement of 2021, it is great news that CUPRA has become the first manufacturer to announce their partner team for the new season, just as they were the first to publicly enter last year. In EKS, CUPRA brings a World Championship-winning team founded by our reigning title winner. Mattias Ekström’s status as one of the greatest touring car champions of all time – and certainly one of the most versatile drivers competing at the top level of motorsport – will help enhance awareness of FIA ETCR and electric motorsport on a global scale.”