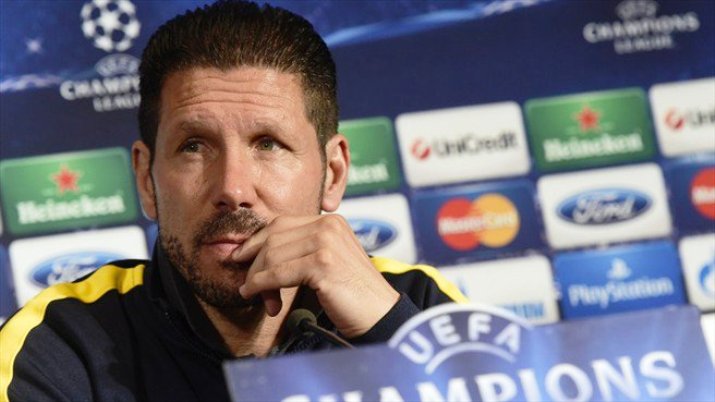 Atletico Madrid failed to put pressure on La Liga leaders Barcelona ahead of Saturday’s El Clasico at Real Madrid as they slumped to a first La Liga defeat of the season 1-0 at Espanyol.

Sergio Garcia struck the only goal two minutes from time when he swept Esteban Granero’s cross past a helpless Jan Oblak to hand Espanyol a much-needed win to ease their relegation fears.

Atletico remain six points adrift of Barca, but could end the year nine points back if the Catalans move a huge step towards the title with victory away to Real on Saturday.

“You could see that whichever of the two teams made a mistakes was going to lose the game,” said Atletico boss Diego Simeone.

“They didn’t make any mistakes, we did, and that is why we lost.”

However, Simeone refuted suggestions Atletico had blown a golden opportunity to cut the gap on Barca at the top to three points.

“Is it a step backwards to lose for the first time in 20 matches? Hopefully, it takes another 20 for us to lose again.”

Simeone’s men will be able to call on Diego Costa when they return to action in January and the need for the Brazilian-born Spanish international striker’s aggression and firepower was in evidence during an insipid 90 minutes from the visitors.

“We lost because we didn’t take our chances,” said Atletico midfielder Koke.

“Hopefully with the arrival of Diego we will be more prolific.”

Leo Baptistao should have handed Espanyol an early lead when his attempted chip floated wide with just Oblak to beat.

At the other end, Antoine Griezmann thought he had won a penalty when he was upended by Pau Lopez. However, the referee’s original decision to award the spot-kick was overruled by the linesman’s offside flag.

Diego Godin had a goal rightly ruled out for the visitors after the break for a clear push on an Espanyol defender.

Substitute Kevin Gameiro had Atletico’s best chance 13 minutes from time, but fired straight at Pau Lopez with Saul Niguez begging for a cross to apply a simple finish.

And Atletico were for once punished for a rare slip in concentration at the back when former Real Madrid midfielder Granero’s pinpoint cross was converted by Garcia for his first La Liga goal since returning to the Catalans from Qatari side Al-Rayyan.

Defeat also ended an unbeaten run on the road of over a year for Atletico as Espanyol jumped up to 14th, five points above the drop zone.- Agence France-Presse