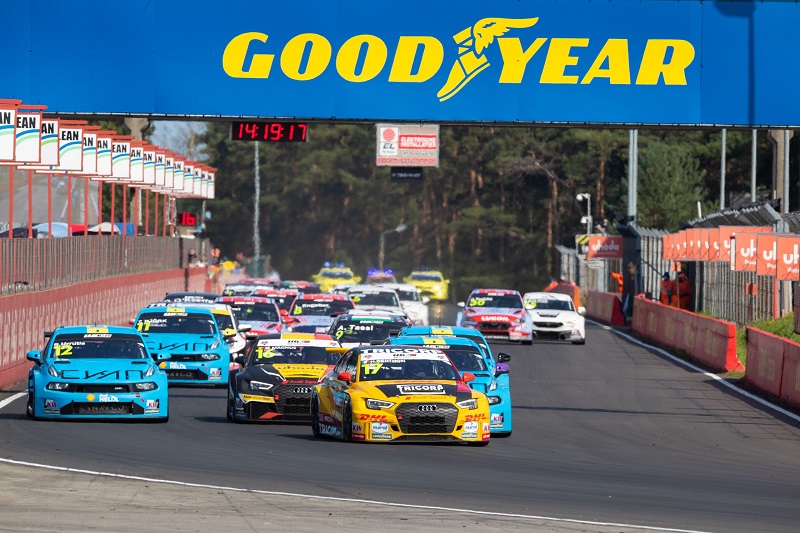 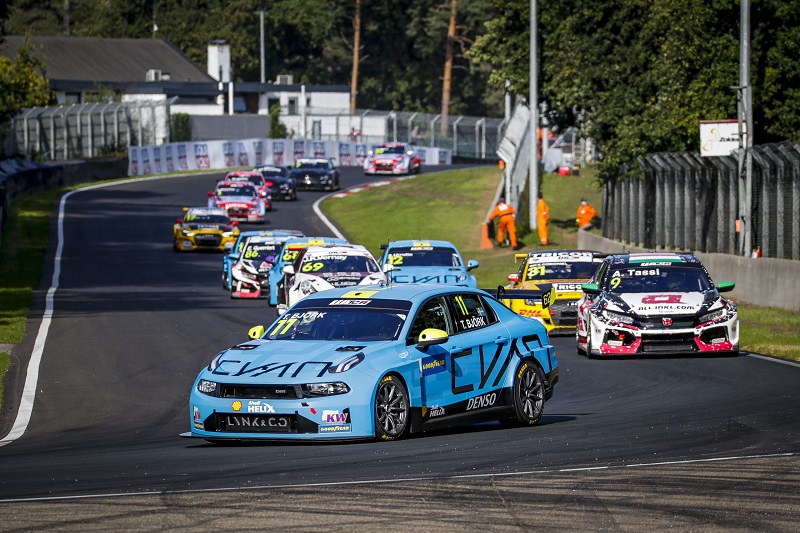 The action doesn’t stop in the WTCR − FIA World Touring Car Cup. Less than two weeks after Néstor Girolami and Yann Ehrlacher took a win apiece at Circuit Zolder in Belgium, the battle for title glory continues at the toughest track on the planet, the 25.378-kilometre Nürburgring Nordschleife.

The action doesn’t stop in the WTCR − FIA World Touring Car Cup. Less than two weeks after Néstor Girolami and Yann Ehrlacher took a win apiece at Circuit Zolder in Belgium, the battle for title glory continues at the toughest track on the planet, the 25.378-kilometre Nürburgring Nordschleife.

Germany has hosted the WTCR since the series began in 2018 and was a regular on the FIA World Touring Car Championship schedule beforehand. From 2015, the legendary Nürburgring Nordschleife, located in the Eifel mountains, has challenged the World Touring Car stars to the extreme with its 64 heart-stopping corners, long straights, dips, climbs and fast sweeps providing motorsport’s equivalent of a high-speed rollercoaster.

A racing circuit for the brave − changeable weather can also be factor − it’s the ultimate thrill seeker’s paradise with the 20 all-season WTCR drivers taking to the ‘Green Hell’ for two practice sessions, a single qualifying and two races over three laps from September 24-26 in Goodyear-equipped TCR cars from Alfa Romeo, Audi, CUPRA, Honda, Hyundai, Lynk & Co and Renault.

As well as the chase for the overall placings, WTCR Rookie Driver and WTCR Trophy points will be up for grabs at the Nürburgring Nordschleife with live coverage in six continents as part of the WTCR’s biggest broadcast distribution ever.

After two rounds, Yann Ehrlacher is the Goodyear #FollowTheLeader. Here’s a reminder of how he and the chasing pack stand:

All timings are shown in CET, are provisional and subject to change

43: WTCR points scored by Yann Ehrlacher to make him the Goodyear #FollowTheLeader

75: Length in metres of the Goodyear Blimp that will fly over the Nordschleife on September 26

1927: The year the Nürburgring opened for business following two years under construction

*Nathanaël Berthon is back after a season away, while Luca Engstler has gone full time after making two appearances in 2019

THE CARS
*CUPRA’s Leon Competición is all-new for 2020

THE EVENTS
*Six-event, European-only scheduled in response to the COVID-19 pandemic

*Zolder, Aragón and Adria are new to WTCR, which has never visited Belgium, Spain or Italy before

WTCR RACE OF GERMANY QUALIFYING: HOW IT WORKS?
While one three-phase qualifying session is the norm at most events, the long track length (25.378 kilometres) at WTCR Race of Germany requires a single uninterrupted session of 40 minutes.

WTCR RACE OF GERMANY: HOW THEY SCORE?
*The fastest five drivers in Qualifying score points as follows: 10-8-6-4-2

WTCR DRIVERS ON WHY THEY LOVE THE NORDSCHLEIFE

Thed Björk (Cyan Performance Lynk & Co): “When you get to Schwalbenschwanz it’s not so far to go and you say to yourself ‘keep pushing, keep pushing’. And then comes my favourite part when you go into the compression at Tiergarten and you brake as late as you can, 260kph, and when you do that then you are done with your lap and hopefully it’s a good lap.”

Nicky Catsburg (Engstler Hyundai N Liqui Moly Racing Team): “For me 100 per cent it’s the best track, I have always really enjoyed racing there. This year, fortunately or unfortunately, I’ll be doing both events again so this is definitely the highlight of the season for me and I’m really pleased we can race there. But doing the 24-hour race as well makes for a very intense weekend.”

Tom Coronel (Comtoyou DHL Team Audi Sport): “There’s nothing even close to the Nürburgring Nordschleife, it’s every track multiplied by 10, the most legendary there is. There’s a myth associated with the track and all the manufacturers want to have lap records there. I’ve held the road car record with the Dodge Viper, I’ve done a lot of 24 hours there but you never know the track because it’s never the same from one part to another but you have to trust it. As a race car driver, it’s one of those things you need every year to satisfy yourself. It’s mega cool.”

Luca Engstler (Engstler Hyundai N Liqui Moly Racing Team): “It’s good to have a home race but on the other hand you also have a bit of pressure. But as I’m 20 years old going there for the first time in a TCR car and the first time in WTCR, nobody is expecting a lot and I want to learn this season. Of course, I have my own goals and I try to work for them and we see what is coming out at the end of the day.”

Esteban Guerrieri (ALL-INKL.COM Münnich Motorsport): “Adenauer Forst is like a compression, you get compressed really bad at 250kph and then you come up like hell all of a sudden and you have to shift down a gear and get over a kerb on the left but you just keep coming up and shifting down from sixth to second in a sequence of quick ‘esses’. This was the corner that impressed me the most when I arrived for the first time and it’s the one that still generates the most adrenalin.”

Gábor Kismarty-Lechner (Zengő Motorsport): “This will be something very difficult for me because it’s a very long track and very difficult. That’s why it’s called the Green Hell, I guess. It won’t be very easy but I will do my best.”

Attila Tassi (ALL-INKL.DE Münnich Motorsport): “Last year was the first time for me at the Nürburgring Nordschleife. I really liked it and before it was a dream to race on it in real life. I’m really positive, we had a test there in the summer. We will push as hard as we can to get the best out of the car.”

Jean-Karl Vernay (Team Mulsanne): “I didn’t know the track before I came there with WTCR and even though I am a resident of Luxembourg, which is only one hour, I didn’t have so much interest. But when you drive there for the first time you immediately fall in love with the place because it’s so impressive. It’s completely different to a normal track and you are missing some pace at first because you don’t have the experience you need. Last year I was unlucky with the Code 60 warnings in qualifying, they really ruined my races. But I finished fourth from 15th on the grid in Race 3 so at least I ended the weekend on a high. Now I look forward to going back because you have so much pleasure and it’s super-cool.”

Jack Young (Vuković Motorsport): “I did some laps in a road car and it was unbelievable. I want to go back, actually I want to move out there! I said to my Dad, ‘I’m moving to Germany!’ I love it so much, the atmosphere is amazing and the track is like nothing else and I can’t wait to race on it.”