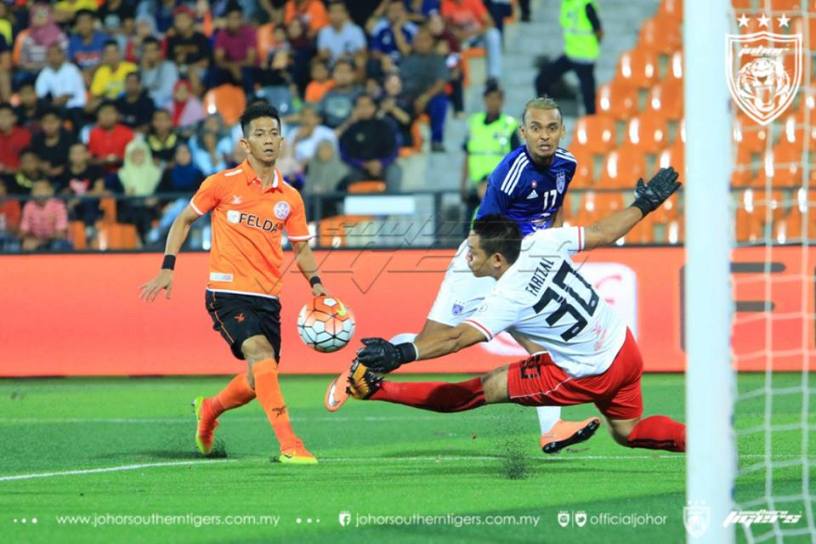 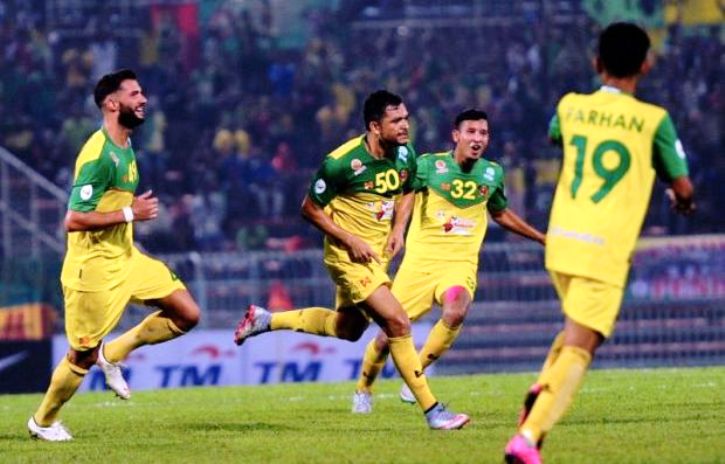 Strongest challengers Felda United saw red when defender Nor Fazly Alias was sent off as defending champions Johor Darul Takzim snatched the winner a minute later through Aidil Zafuan Abdul Radzak for a 3-2 win at the Tun Abdul Razak Stadium in Jengka in Wednesday’s top of the table Super League clash.

It was a miserable night for Fazly and Felda. Fazly, a former international, had earlier given away a penalty and in the process picked up his first booking in the 36th minute when he brought down JDT substitute Amri Yahyah in the box and Juan Martin Lucero duly scored from the spot to give JDT a 2-0 lead.

Amri, who had come on for the injured Azinee Taib in the 13th minute, opened scoring for the Southern Tigers when he first timed a looping deflected ball that came off a Felda defender from an earlier attempt by Jorge Pereyra Diaz.

However, Felda were not giving up and pulled one back in the 38th minute through Syahid Zaidon – a gem of a goal which saw the ball struck the inside of the right upright and then the left before hitting the back of the JDT net past a stunned Izham Tarmizi Roslan in goal.

The Fighters came on strong after the goal and it was 2-2 on 45 minutes. Liberian international Francis Forkey Doe worked his way up on the right and lifted the ball into the box and Zah Rahan Krangar headed on for Hadin Azman to put the finishing touches.

Then came Aidil’s winner after Fazly was sent off. Aidil finished off a Diaz set up with the ball sailing past a sea of legs and Felda goalkeeper Farizal Harun.

The defeat was Felda’s first on home turf in the league. Felda, however, remain second in the table with 42 points after 19 matches – seven points behind JDT who have 49 points and need only one more win to retain the title they won in 2014 and 2015.

At the Sultan Mohd V Stadium in Kota Bahru the homesters were humbled 2-1 by Kedah with international Baddrol Bakthiar hitting the winner deep into injury time after Wan Zack Haikal had made it all square in the 69th minute.

The win gave Kedah 31 points and third place as Selangor slipped further in the chase for a top three finish. Selangor could only manage a 1-1 draw against relegation threatened Sarawak at the State Stadium in Kuching for 28 points.