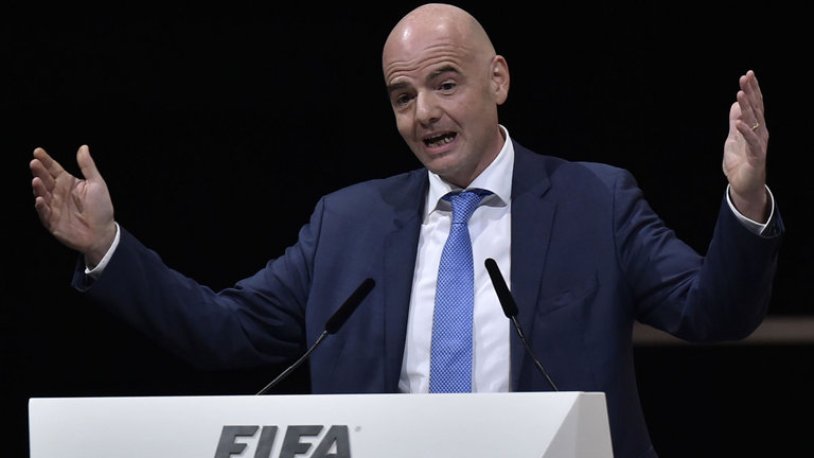 FIFA president Gianni Infantino has ruled out taking the 2018 World Cup from Russia in the wake of the latest findings of the McLaren report.

“FIFA is not the world police and certainly not the world doping police,” the head of world football’s governing body told German magazine Der Spiegel.

“Our disciplinary bodies will take care of anything in the McLaren report which has anything to do with football.

“Boycotts and bans have never solved any problems,” Infantino added as he ruled out stripping Russia of the 2018 World Cup finals.

The McLaren report, the second part of which was announced ten days ago, revealed systematic doping in Russia between 2011 and 2015 which involved more than 1,000 athletes in several sports, including football.

Infantino says FIFA are still waiting for the ‘relevant information’ from the McLaren reports which mentions 31 tampered doping samples from footballers.

The Swiss says “if measures need to be taken, they will be”, but he pointed to the work FIFA is already doing to combat doping.

If something goes wrong, “that will be our responsibility, our fault,” said Infantino, “but we are confident our anti-doping measures will work.”

When asked about the recent ‘Football Leaks’, reported by several publications including Der Spiegel, which alleged tax evasion by high-profile stars including Cristiano Ronaldo and Jose Mourinho, Infantino said it’s a matter for individual national federations.

“It is naive to believe that FIFA can know everything from Zurich which goes on during every transfer in the world,” said Infantino.

“So it makes sense to give the responsibility to the unions and federations.

“They should check the transfers, which take place in their own country.”

He added “when someone hasn’t paid their taxes, drives too fast or is drunk behind the wheel, then FIFA is not responsible for that.”

“We need to start a huge job of reflection including all parties: players, clubs, intermediaries, but also the authorities, notably the European Commission,” Infantino said in the same interview to a a group of European media, including France’s Mediapart.

“With that in mind we have, at FIFA, put in place a committee to gather all those interested parties. They will meet for the first time at the beginning of next year.”

“I generally believe that the majority of people, and therefore also those involved in the transfer system, are honest,” added Infantino.

“In any case, I hope that’s the case. That being said, it’s not a reason not to try, incessantly, to increase and improve the control mechanisms we have in place.

“But we are not an authority charged with enforcing the law… Although we must do more.”

The Football Leaks report claimed that Doyen Sports had attempted to facilitate the transfer of Frenchman Geoffrey Kondogbia to Real Madrid by offering prostitutes.