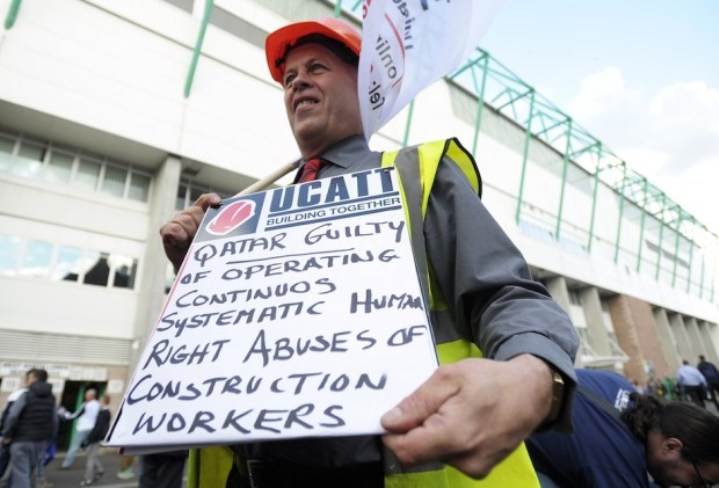 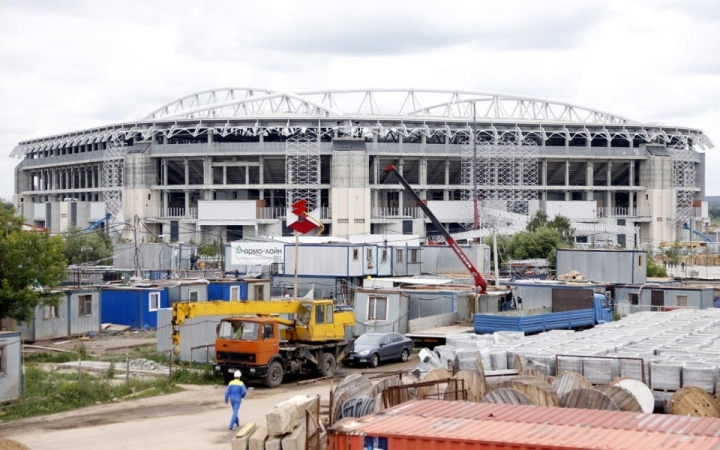 FIFA should threaten to strip the World Cup off host nations if it believes there are systematic human rights abuses, a review of football’s governing body record on civil liberties concluded Thursday.

Although report author John Ruggie did not name any countries, his conclusion is likely to intensify the pressure on 2022 hosts Qatar, widely condemned for its treatment of migrant labourers.

FIFA has also come under fire for its stance on human rights in other host states, including Russia, which will hold football’s biggest tournament in 2018.

“Like any other enterprise, FIFA needs to be able to terminate a relationship if peoples’ human rights are abused,” said Ruggie, a human rights professor at Harvard, told AFP.

“This means writing it into its agreements for World Cup tournaments from the start.”

The report was commissioned by FIFA last December in order to assess its human rights efforts, ahead of selecting a host for the 2026 tournament.

The report sets out 25 recommendations for action, including urging FIFA to integrate human rights into its practices ahead of choosing a 2026 host and signing up to the UN’s principles on Business and Human Rights.

Ruggie concluded that the governing body could do much more to enforce the protection of human rights.

“FIFA has been beset by allegations about human rights abuses in connection with its events and relationships,” said Ruggie, a human rights professor at Harvard.

“Prominent among them have been reported deaths among migrant construction workers in Qatar, which was awarded the 2022 Men’s World Cup, and the country’s kafala system that often leaves migrant workers in situations of bonded labour.

The report continued: “Where FIFA is unable to reduce severe human rights impacts by using its leverage, it should consider suspending or terminating the relationship.”

If it could not do this it had to clearly explain why, he added.

Ruggie also asked why FIFA selected Papua New Guinea to host the women’s Under-20 World Cup later this as it is “one of the world’s worst places for sexual violence against women”.

He added FIFA does not have “adequate systems” in place to show it respects human rights.

Even if FIFA was not responsible for rights abuses by different countries, said Ruggie, but he said it needed to make a stand when doing business.

In response, new FIFA president Gianni Infantino said in a statement that his organisation was “fully committed to respecting human rights”, but acknowledged that “challenges remain”.

Infantino, who already came under fire for his response to an Amnesty report last month alleging abuse of workers at a World Cup 2022 stadium, said he wanted FIFA to be “a leader among international sports organisations.”

Amnesty International said the report laid bare FIFA’s indifference and showed it had “its head in the sand” on abuse in the past few years, especially to the plight of workers in Qatar.

“While FIFA dawdles, they are at risk of a shocking catalogue of abuses, including forced labour.

“Gianni Infantino cannot hide behind this report. He needs to take concrete action right now to address abuses in Qatar.”

Another prominent critic, International Trade Union Confederation’s (ITUC) Sharan Burrow backed the report and said it was time for FIFA to act.

“Professor Ruggie has made it clear that the whole package of rights must be respected, without exception, and in every area of FIFA’s operations including but not limited to huge events such as the men’s World Cup.”

Theo van Seggelen, secretary-general of FIFPro, the international football players’ union, said: “We hope that this report will be a catalyst for change.”

UNI World Athletes, the world players’ association across professional sport, called Ruggie’s report historic and said its recommendations “sets a standard not just for FIFA, but for the world of sport“. – Agence France-Presse