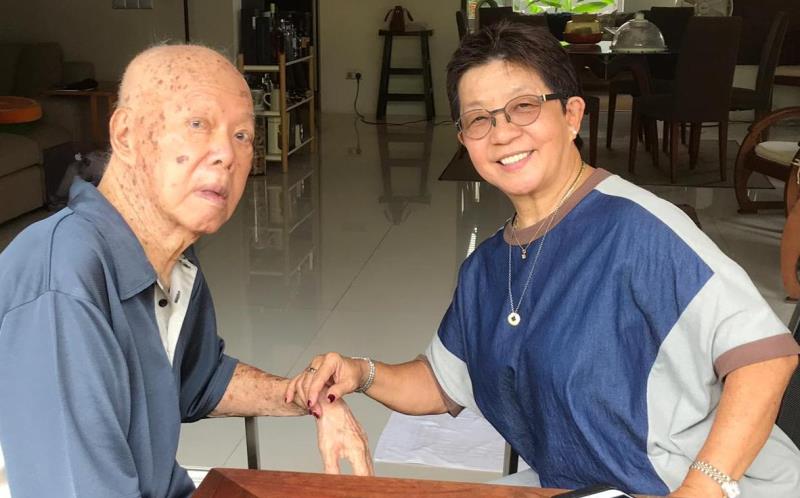 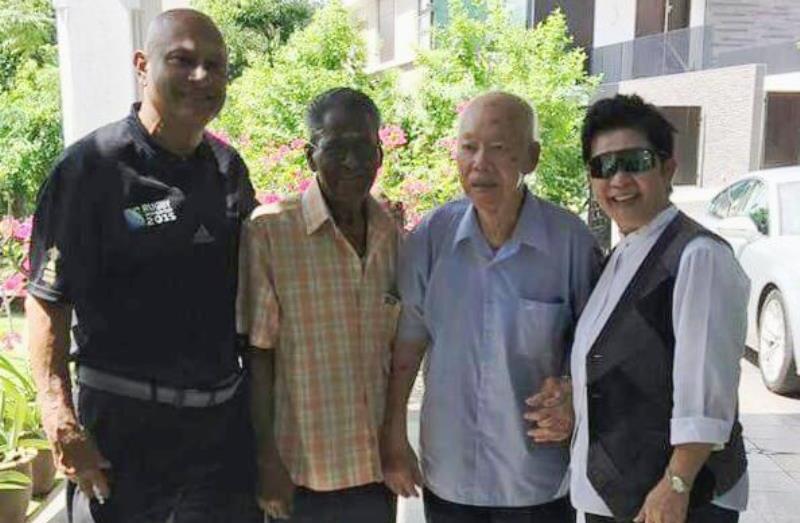 HE daringly calls a spade and spade and made more foes than friends over the past six decades. But he didn’t give a damn because he simply wanted to put Singapore on the regional gymnastics map.

The controversial sportsman, who’s rightly hailed as the “Father of Gymnastics”, passed on Thursday leaving an extraordinary legacy that has now seen even younger-generation Singaporean gymnasts showing their artistic and rhythm skills at the pinnacle of the Olympic Games.

In a nutshell, Lee was a fervent, if not fiery, patriot who believed in the truisms of gymnastics and, more importantly, that physical education was the cornerstone of national health and strength and genuinely important in strengthening character and national identity.

A sports educationist trained at the world-renowned institution of Loughborough  University, in Leicestershire in the East Midlands of England, Lee was simply fanatical about gymnastics from the 1950s when the mass-exercises of rhythmic motions and incorporated apparatuses like high bars, parallel bars, rings, balance beam and jumps were barely known to Singaporeans.

Call him crazy but he was determined to make a high-end landmark change and rather controversially, he did a Superman-styled feat by performing an audacious handstand in the 1950s at the top of the Asia Insurance Building along Shenton Way, which caught the attention of the print media. Standing at 270 feet (82 metres), it surpassed the Cathay Building to be the tallest tower in Singapore until the completion of Shaw Centre in 1958.

The handstand, for the record, is the most important position to master. As a gymnast, you need to be able to stand with your bottom squeezed, hips tucked under, core tight and with your arms straight and by your ears. A handstand is basically a straight body position upside-down.

“He executed a perfect handstand from the Asia Building,” recalls the longest-serving Singapore National Olympic Council (SNOC) general-secretary S.S.  Dhillon. “Perhaps he wanted to show he was brave and audacious. Maybe to show that he was prepared to do anything to stir up Singaporeans’ interest to further promote gymnastics.”

Even Singapore’s best known Olympic Games sprinter of 1964 (Tokyo) and 1968 (Mexico City) fame, Canagasabai Kunalan, a sports educationist, remembers Lee’s “extraordinary handstand” which he describes as a “very skilful yet fundamental skill in the sport of gymnastics”.

He says: “Seng Huat was nearly invulnerable, he thought he had super strength and wanted to show he’s like the ‘Man of Steel’. Not only is it an important technique in itself, but the handstand is also a stepping stone towards unlocking other, more advanced maneuvers, such as walkovers and handsprings. There are many different ways to get into a handstand, but gymnasts almost always enter the position with a kick-up.”

Kunalan. a two-time SNOC ‘Sportsman of the Year’ in 1968 and 1969, and one of Singapore’s most distinguished athletes, further explains: “There are many variations of handstands, all of which require the performer to possess adequate balance and upper body strength.  Handstands are performed in many athletic activities, including acro dance, cheerleading, circus, yoga, calisthenics, and gymnastics. Some variation of a handstand is performed on every gymnastic apparatus, and many tumbling skills pass through a handstand position during their execution.” 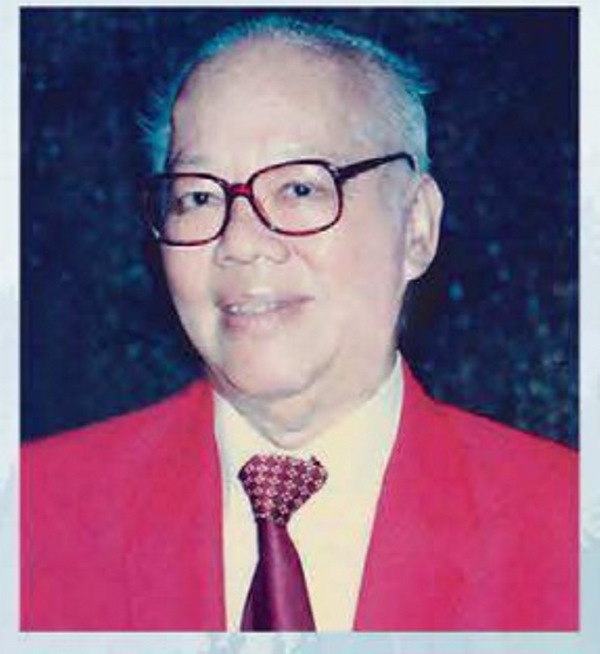 She says: “Hailing him as the ‘Father of Gymnastics’ is noteworthy because he almost single-handedly pushed the Ministry of Education (MOE) to introduce the sport in schools, starting from secondary and then primary. He even worked very hard for funds to bring in state-of-the-art equipment. He also groomed the gymnastic educators, too, send them for overseas courses in Europe and Asia, in order to set up the necessary gymnastics foundations here.”

Dr Bava, a retired educationist with four decades’ experience at Singapore American School, once took over from Lee at the-then ECAC (Extra Curricular Activities Centre at the Ministry of Education. The former 2005 SEA Games gymnastic team manager, says: “There is a culture of ‘no nonsense’ from him as he demonstrated his wide knowledge of the sport and the importance of inculcating in extra-curricular activities.

“He was very passionate of school sports and the promotion of sport in Singapore for the elite culminating in a number of regional meets, which were some of Lee’s best legacies. He administered gymnastics in the school sporting scene with fairness, vision and high principles. I must also add that he was an excellent amateur tennis player, too.”

Dr Bava met him at his home for lunch last month and said that despite being hit by a stroke, and looking frail, he remained bubbly. She says: “The number of old gymnasts who visited him recently testifies to the utmost respect he garnered from the fraternity. He was one-of-a-kind, ultra-passionate in gymnastics from grooming players, coaches, judges, officials, whatever.”

The term “gymnastics” was known in ancient Roman and Greek times, but Friedrich Ludwig Jahn was the one who founded the German “Turnen” (today a synonym for gymnastics in Dutch and German) as a counter to the “Swedish Gymnastics” form of physical education.

For the record, contrary to Swedish Gymnastics, which consisted of mass-exercises of rhythmic motions, his system incorporated apparatuses like high bars, parallel bars, rings, balance beam, jumps and – since the original idea was to use his system as a training instrument for soldiers – a fake horse and weapons training. It was present for men on the first modern Olympics in 1896 and has continuously been on the Olympic agenda since 1924, when the six modern apparatuses were codified. Women’s Artistic Gymnastics followed suit in 1936. 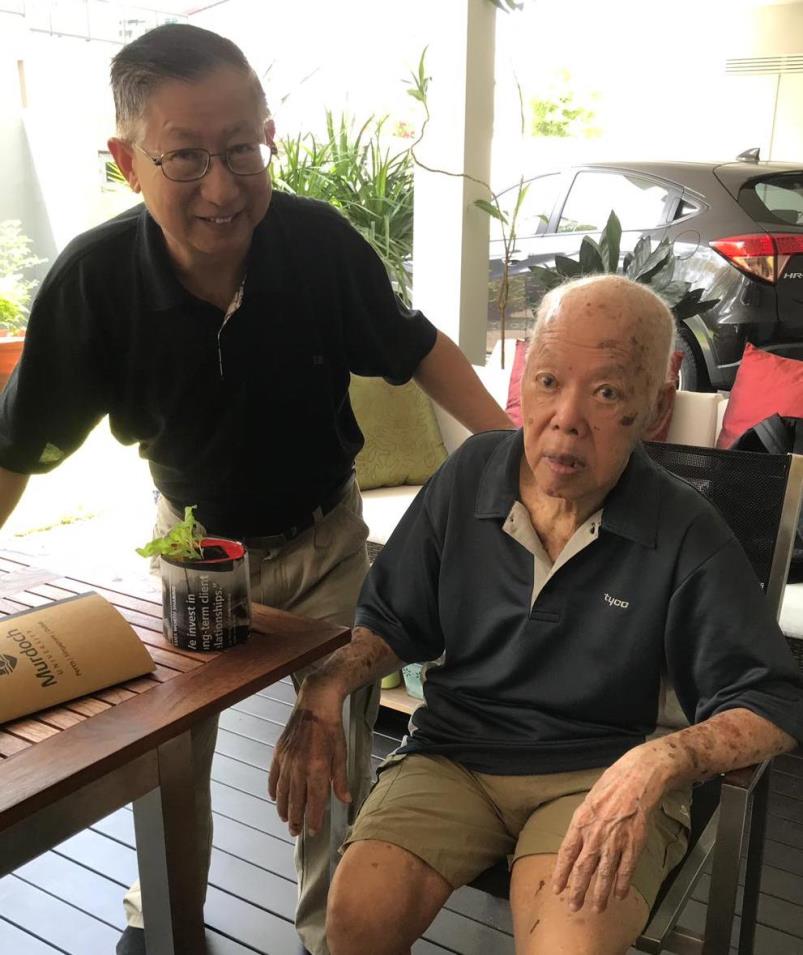 Recognising Lee’s exemplary behind-the-scenes work, Singapore Gymnastics (SG) awarded him with a ‘Life Membership’ for his long commitment and contribution to the sport. They acknowledged that he played a crucial role in leading, promoting and developing gymnastics as a sport and experience for all, while nurturing TeamSG athletes to podium finishes at world-class events.

Lee’s hard work, slowly yet surely, bore fruits of regional success with Yip Kwan Tai winning the Balance Beam at the 1979 SEA Games in Jakarta, Low San May decorated with the SNOC ‘Sportsgirl of the Year’ award in 2004. At the 2005 SEA Games in Manila, where Dr Bava was the team manager, Singapore won two gold medals in the women’s team event and individual floor exercise event (Nicole Tay).

Perhaps the best feather-in-the-cap came when Lim Heem Wei created history by becoming the first Singaporean gymnast to compete at the 2012 Olympic Games in London.

Heem Wei, who works for Singapore Gymnastics as Sports Development Officer (WAG), says: “Mr Lee’s years of dedication and commitment created an unusually motivating environment and provided opportunities for gymnasts to chase and fulfill their sporting dreams.  Thank you, Mr Lee, we will not be where we are today without your sacrifices and contributions.”

He praises: “His indomitable spirit in acquiring the required resources from training venues, manpower, financial and many others ensuring the continuity training for the national and recreation squads are truly commendable.

“His unstinting support in providing equal opportunities to diligent, genuine and deserving gymnasts or officials, including myself, regardless of the background is the quality that I admire most. He has gone beyond his calls of duty as the ‘Father of Gymnastics’. He will be missed by many and may his good soul rest in peace.”

The Past General Manager at Singapore Cricket Club (SCC) Chris Phua says: “I have known him when he was with the pioneer group of Inspector of Schools of the PE Dept of the Ministry of Education in the 1960s. He was soft spoken, well liked and in the words of his ex-colleague the late A. Pancharetnam – straight forward and without malice. He was active in the Billiards and Snooker Section of SCC for many years. RIP Seng Huat.”

Former Singapore football international in the 1960s, John Fernandez, who is also a SCC member, says: “His contribution to gymnastics can never be forgotten. He was dedicated to the sport he loved and will be remembered for years to come. We all have to go one day but he has, rather extraordinarily, left a  legacy that will live on in the minds and hearts of people.” 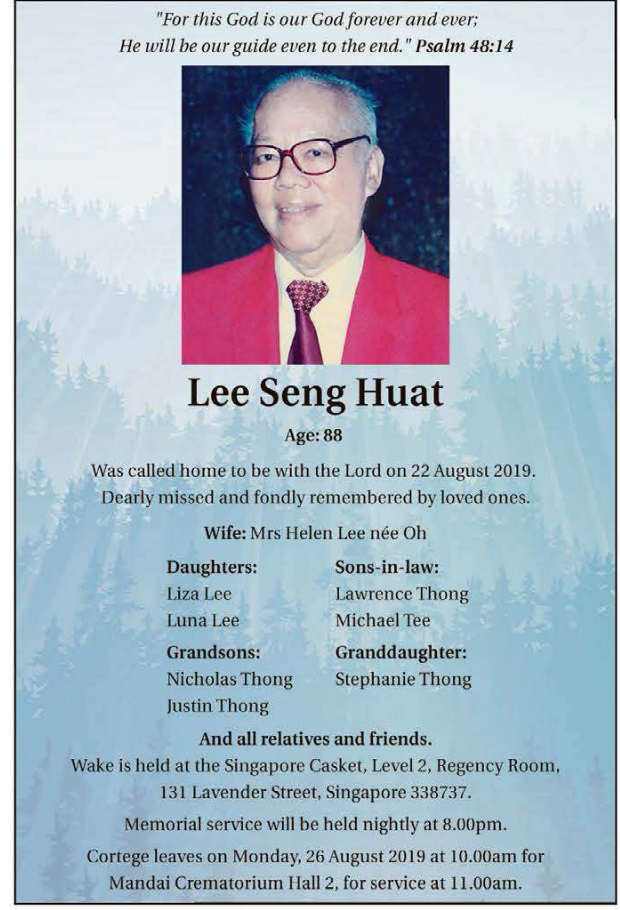 WITHOUT FEAR OR FAVOUR

In the multiple times I personally met Seng Huat, always a controversial sports personality like Loh Lin Kok (track and field), Paul Chua (bodybuilding) and Nadesan Ganesan (football), I stayed convinced that he was someone who passionately called a spade a spade – without fear or favour.

His sharp tongue drew a lot more foes than friends and I remember him saying to me once when I asked him about the secret to his gymnastic success: “I drove myself very hard to promote gymnastics from the very bottom in the 1950s. It was very tough-going, Suresh, and I worked and taught hard, too, as it was the only way to get performance. Being nice and motherly doesn’t do it!”

The Lee Seng Huat legacy will, in my mind, continue with his longer-term dream of getting an Olympic Games medal for Singapore. Impossible, some may say, but if the younger generation has Lee’s proverbial fire in the belly, Singapore will be on the elite global gymnastics map.

Rest in Peace, the “Father of Gymnastics”, you’ve shown the right way for Singapore sports and your exemplary handstand gimmick, more than six decades ago, in a Superman-styled feat at the top of the Asia Insurance Building along Shenton Way, which be inspiring talk for many generations to come.

Mr Lee’s body is resting at the Singapore Casket, Level 2, Regency Room, at Lavendar Street. The cortege leaves on Monday at 10.00am for Mandai Crematorium Hall 2 for service at 11.00am. – BY SURESH NAIR