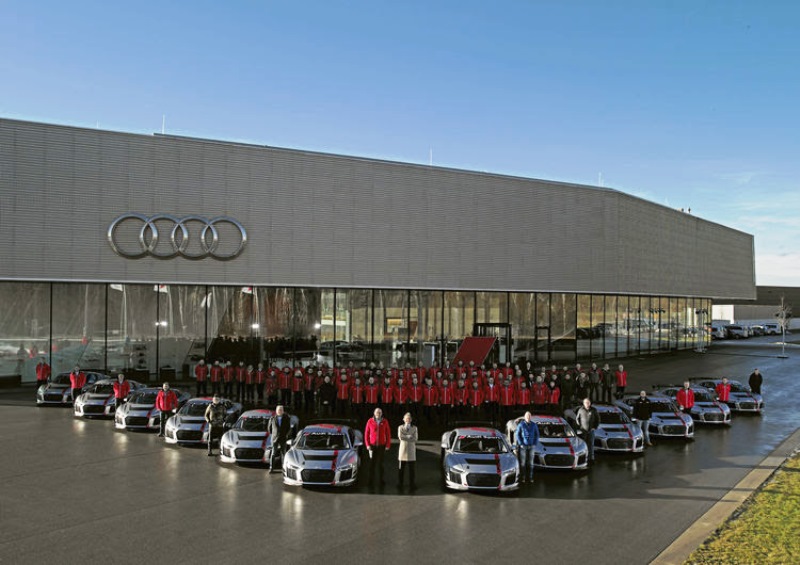 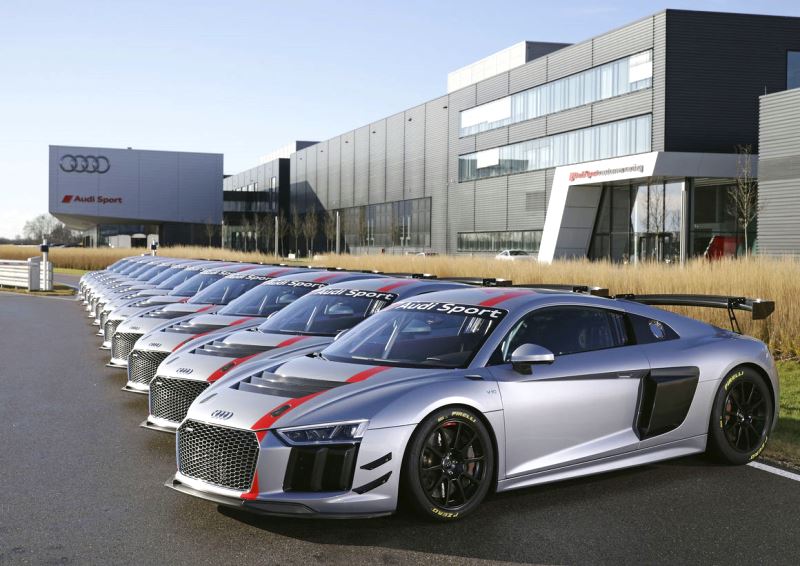 “A new project always symbolizes new beginnings. The first deliveries mark a special moment for our customers as well as for us. We wish the teams the best of success with the new Audi R8 LMS GT4,” says Chris Reinke. The race car delivers up to 364 kW (495 hp) and has been directly derived from the production model. It shares 60 percent of the assemblies with its road-approved “brother,” and, like the road-going car, is built at the Böllinger Höfe site. The GT4 category in North America, Europe and Asia has become an established element as an overall classification or class in more than 15 racing series and major individual events. Additionally, from 2018 on, the new GT4 model will be fielded in the Audi R8 LMS Cup.

Audi has successfully tested the R8 LMS GT4 this year on several occasions, including the 24-hour race at the Nürburgring and in the VLN Endurance Championship. Now the first purely private racing commitments of the Audi R8 LMS GT4 are coming up when Phoenix Racing contests the Dubai 24 Hours with two cars from January 12 to 13, 2018. Two weeks later, the season of the North American IMSA series will kick off at Daytona. On the first weekend in February, customers are going to contest the Bathurst 12 Hour before the Audi R8 LMS Cup starts its seventh season in March.