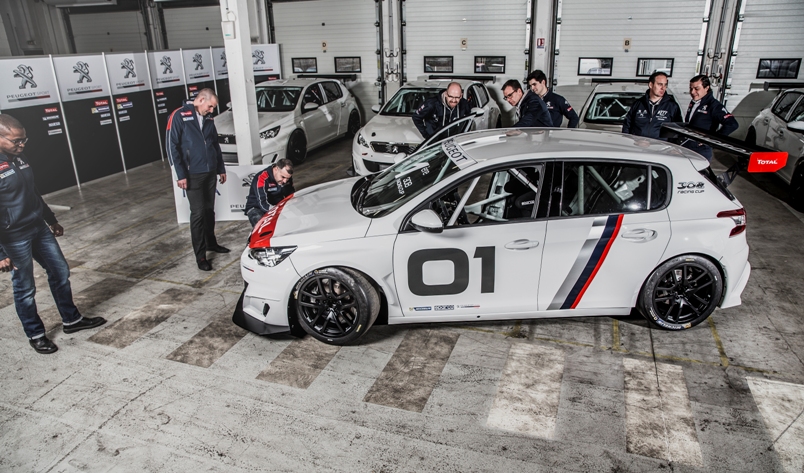 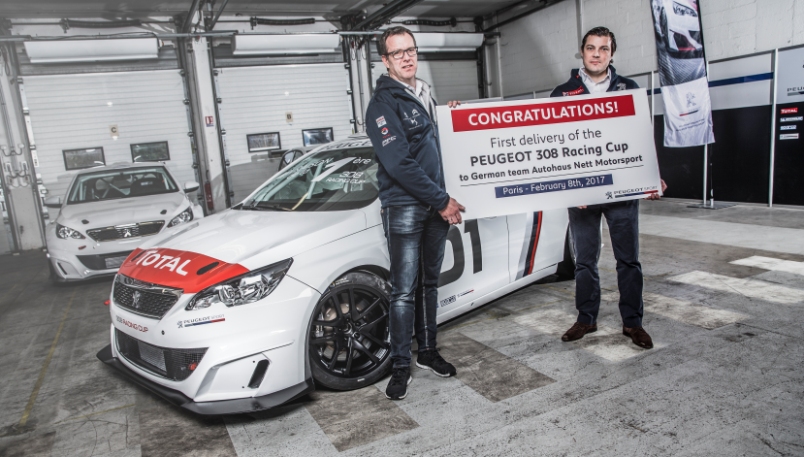 he delivery of the first customer PEUGEOT 308 Racing Cup on February 8, 2017, kicks off the programme’s sporting phase. In addition to being the star of its own one-make series in 2017, the PEUGEOT 308 Racing Cup will be eligible to compete in a long list of touring car competitions, a formula that is gaining in popularity across the world.

The powerful PEUGEOT 308 Racing Cup delivers a remarkable performance package for its price, including an outstanding chassis, carefully-honed aerodynamics and big brakes, yet running costs are lower compared with the RCZ Racing Cup, its predecessor in the Peugeot Sport racing stable.

“The delivery of the first 308 Racing Cup is a landmark moment in the new car’s career. It marks the conclusion of what was a particularly thorough development programme and the beginning of the sporting side as our customers prepare to race it, ” underlines Peugeot Sport Director Bruno FAMIN. “We completed some 23, 000 kilometres in testing and racing in 2016. We are sure we have produced a quality car for 2017, with plenty of scope for evolution over the years ahead.”

The chief technical characteristics of the PEUGEOT 308 Racing Cup are:

The PEUGEOT 308 Racing Cup: driving enjoyment and a profitable investment for competing at international level

“The design of our latest racing car took into account all the observations that were expressed by our customers and we hope to win over even more buyers. Its performance credentials and the enjoyment it delivers mark a real step forward and we have paid very close attention to running costs, ” explains Laurent GUYOT, Manager of Peugeot Sport’s Customer Competition department. “The 308 Racing Cup is a particularly interesting investment for teams because it is eligible to compete in a variety of championships, so its resale value will be high, which in turn contributes to bringing down running costs.”

In addition to Peugeot Sport’s own single-make racing series – which, in 2017, will take in five meetings of the new Championnat de France des Circuits FFSA, plus a curtain-raiser appearance ahead of the TOTAL 24 Hours of Spa – the PEUGEOT 308 Racing Cup is eligible for numerous international sprint and endurance competitions, including the TCR Series, ETCC, TCES (Touring Car Endurance Series), VLN (Germany), CER (Spain), CITE (Italy) and 24H Series.

“We are delighted that this car is on its way to a customer like Autohaus Nett Motorsport in Germany to contest the VLN, ” says Peugeot Citroën Racing Shop Director Mayeul TYL. “It confirms that the 308 Racing Cup has met its objective which was to address the needs of an exacting international clientele looking for performance and pleasure behind the wheel.”

For further information, contact the Peugeot Citroën Racing Shop (+33 1 30 11 27 00) or go to www.peugeotsport-store.com