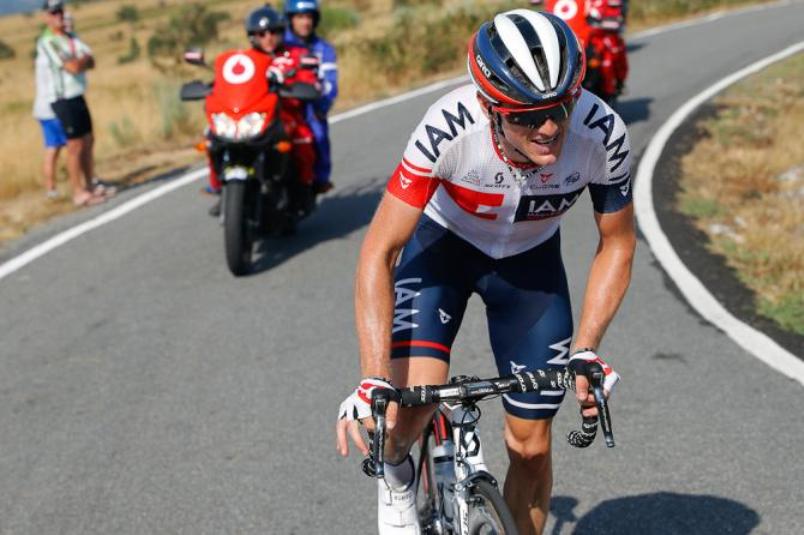 Frank was part of a large group of escapees who burst free of the peloton early into the 177.5-kilometre stage from Castellon, with the IAM Cycling rider pulling clear on the Alto Mas de la Costa to finish in 4hr 34min 38sec.

“I’m super happy, I’ve been really close to this victory several times,” Frank, who had finished in the top 10 on three previous stages of this year’s race, told Spanish TV channel Teledeporte.

“This season not much has worked for me. I came to this Vuelta to have fun and at last I picked up my first win in two years. To win a stage of a Grand Tour is a great feeling.”

Colombian Quintana stayed 3:37 ahead of Tour de France champion Froome as the top four in the general classification, which includes Esteban Chaves and Alberto Contador, all crossed the line together over three minutes behind the stage winner.

Frank, who finished a creditable eighth at last year’s Tour de France, found himself in a breakaway of 28 riders as the pack was content to let them go with the lead group posing no threat to the red jersey contenders.

The 29-year-old teamed up with Astana’s Dario Cataldo to distance their fellow escapees in the run up to the concluding category one climb, the first time it had featured on the Vuelta route.

With sections of the ascent topping out at over 20% gradient, Frank then dropped the Italian and soloed his way to the finish, while Contador launched an attack of his own to try and make up time on his GC rivals.

But Quintana and Froome, as well as Chaves, responded to the three-time former Vuelta winner’s advances and reeled the Spaniard back in as the quartet finished 3:27 down on Frank.

Thursday’s stage, which has just the one category two climb, is a relatively flat 200.6km trek from Requena to the coastal town of Gandia, south of Valencia.

Froome’s fading hopes of overhauling Quintana rest largely on his performance in Friday’s 37km time trial, with a final summit finish to come on Saturday ahead of Sunday’s procession into Madrid.

Results from the 17th stage of Vuelta a Espana, a 177.5km ride from Castellon to Llucena on Wednesday: