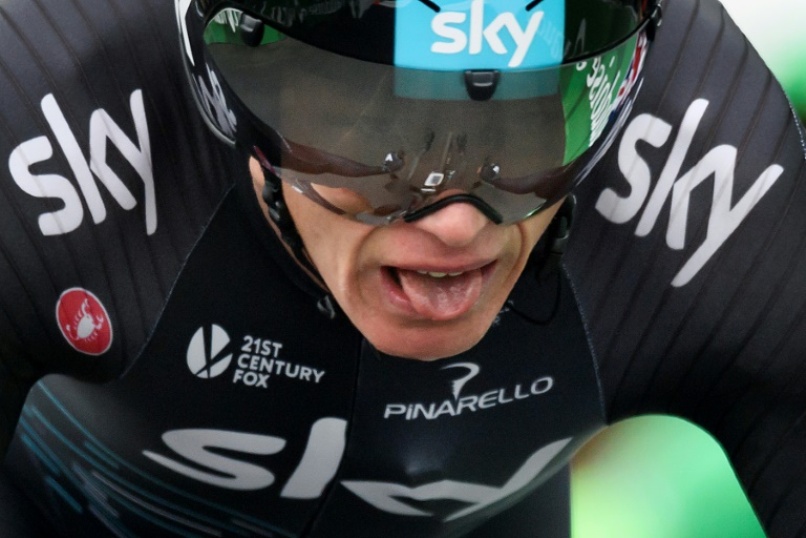 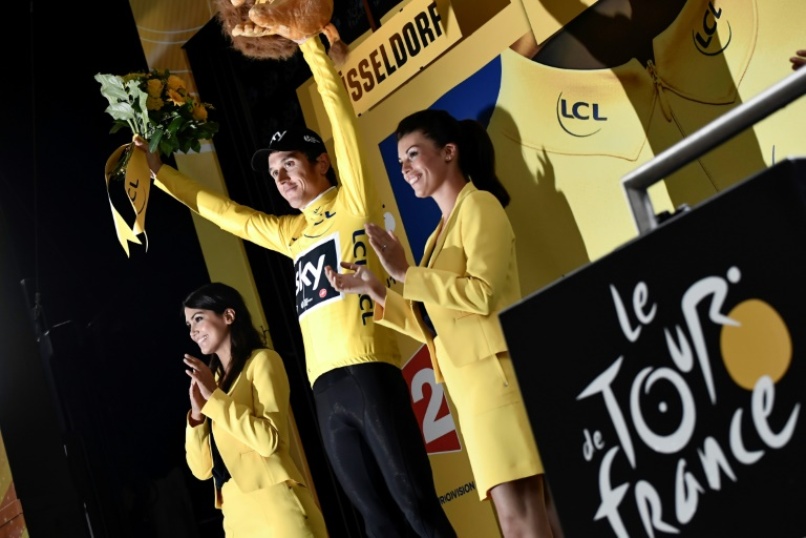 Chris Froome and his Sky team were under attack again on the opening weekend of the Tour de France, but not on the road.

Having previously been accused of doping and using a motorised bicycle by detractors unwilling to believe his dominant performances could have been achieved through fair means, Froome is now under fire for allegedly using banned substances in his jersey.

According to a French professor specialising in sportsperformance, and working for rival team FDJ, Froome and his Sky colleagues gained 18 to 25 seconds in Saturday’s time-trial through their choice of jersey.

The top in question has little Vortex air pellets woven into the fabric to give an aerodynamic boost to the rider, which Frederic Grappe claims offers a five percent boost in performance but is illegal.

“The rule is very clear. Any aerodynamic addition to the jersey is banned. Sky have clearly infringed,” Grappe told journalists.

However, Sky’s sports director Nicolas Portal insisted his team had done nothing wrong.

“Everything is legal and the equipment was validated by the race commission,” he said.

“We wouldn’t have taken the risk of losing the Tour from the first stage by cheating. We haven’t cheated.

“Other teams use this material but we’re the ones being attacked.

“We’re not infringing the rules because the Vortex isn’t added to the jersey, it’s part of it — that’s different.”

Sky had four riders finish in the top eight of Saturday’s time-trial, including Froome, who was sixth, and Geraint Thomas, the surprise stage winner.

Sky are no strangers to controversy surrounding their innovations.

Two years ago they faced scrutiny for bringing a camper van to the Giro d’Italia for their then rider Richie Porte to get a better night’s sleep.

However, organisers put a stop to that immediately.

They were also the first to systematically use stationary bikes to help their riders warm up for races and warm down afterwards, something which is now done by all teams.- Agence France-Presse