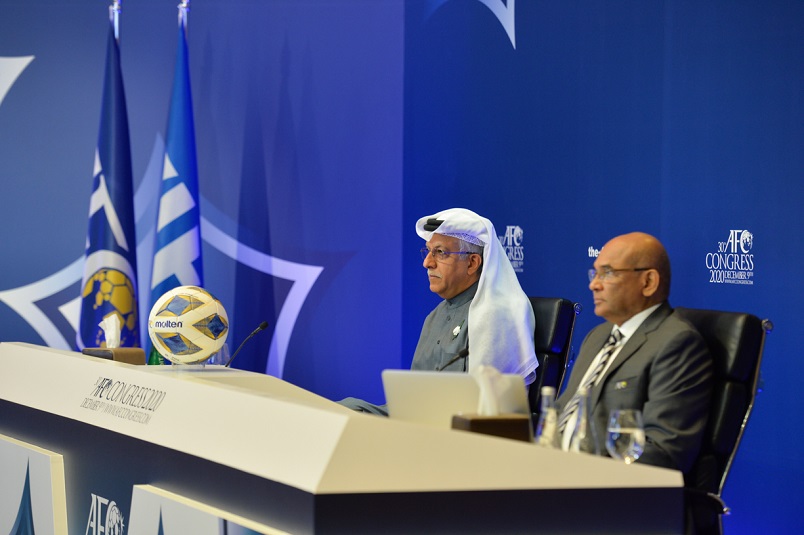 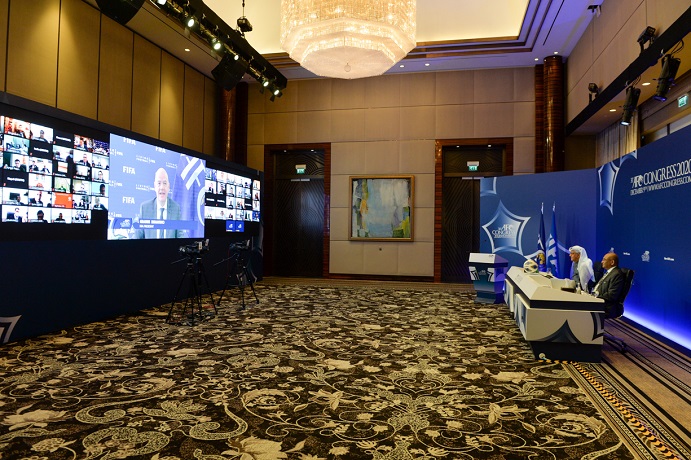 Football’s response to COVID-19, the international match calendar and future competitions were among the topics covered as FIFA President Gianni Infantino spoke via video link to the 30th Asian Football Confederation (AFC) Congress.

“We have shown strength, unity and solidarity, and this was the only way to cope with COVID, ” said the FIFA President, in thanking the AFC’s executive and members for their support through a difficult year.

“At FIFA, we’ve been able to set up a COVID Relief Fund to the global value of USD 1.5 billion. This is unprecedented, and no other sports organisation is coming anywhere close to that.

“For me, as well as for all FIFA Council members, it was immediately clear that because we can help we should help. That’s what we have done with the COVID Relief Fund, not just for the professional game but also for the women’s game, for the grassroots game, to keep football alive all over the world because that’s our mission and our task.”

Looking to the future, the FIFA President pointed out the central role that Asia will play in hosting football’s biggest and most important competitions over the coming years.

He explained: “In 2021 alone, we will have two Club World Cups played in Asia: in February the Club World Cup of 2020 in Qatar; and in December, the 2021 edition in Japan.

“In June, we should have been playing the new Club World Cup with 24 teams in China, a big competition that will boost club football all over the world. But, when we speak about solidarity, it was important to give space to Europe and South America to play the postponed European Championship and Copa América.

“For us in FIFA it was clear: let’s move our competition and make space for national team competitions in two important continents. But we will come back to that, and a new FIFA Club World Cup with increased participation from Asia and all other continents will be the best club competition in the world.

“We had to postpone the girls’ U-17 tournament, which should have taken place this year and will now take place in 2022. And obviously in 2022 we have the big one, the World Cup in Qatar, which will be the best World Cup ever.

“I was in Doha a couple of weeks ago and work is progressing in an incredible way. Everything will be ready, everything will be state of the art, and by 2022 we will be able to celebrate all together a football party that the world has not yet seen.”

Infantino also looked ahead to the AFC’s role in co-hosting the FIFA Women’s World Cup 2023 in Australia and New Zealand, and stressed that the groundwork has been laid for the continent to take centre stage.

“Since 2016, FIFA has invested over 320 million US dollars in Asian football development,” he said. “This is five times more than before 2016.

“We need to invest, we need to develop, and this money has gone into hundreds of projects that you developed in Asia in terms of football pitches, of stadiums, of competitions, of boys and girls – everywhere, in all Asian countries. I’m very proud of that, and you should be proud of that as well.” – www.fifa.com / www.the-afc.com