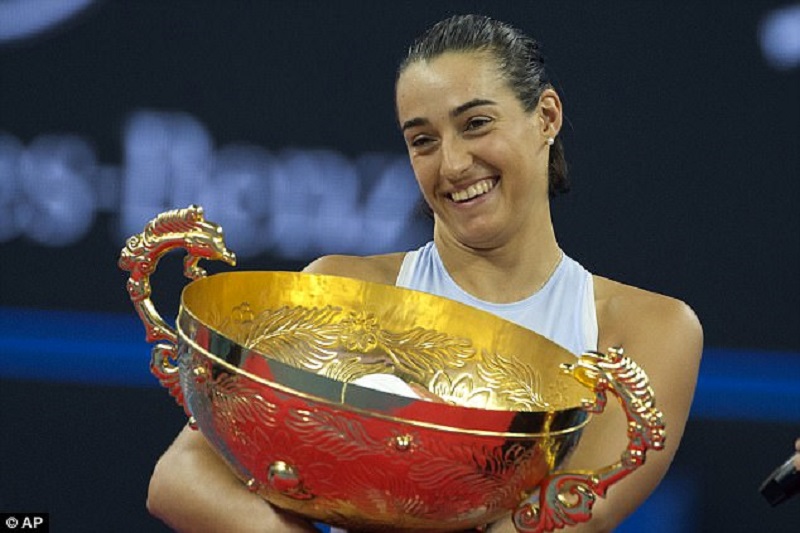 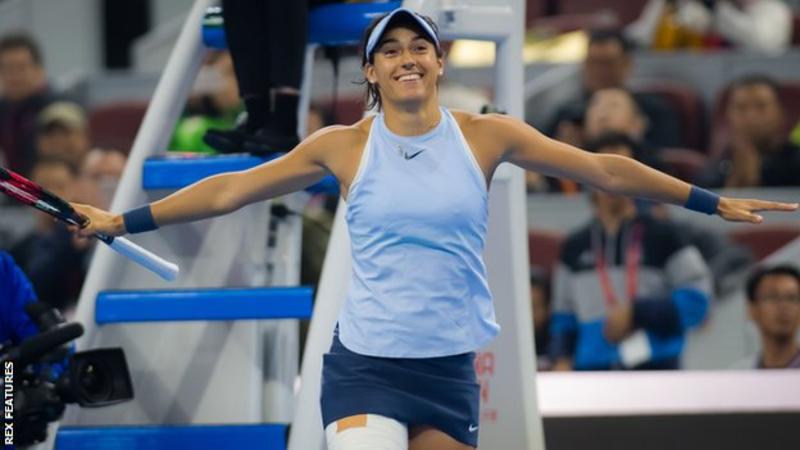 Unseeded Caroline Garcia of France won her second title in as many weeks as she stunned new world number one Simona Halep in the closely fought final of the China Open on Sunday.

Garcia is in the form of her life and edged out the Romanian second seed 6-4, 7-6 (7/3) to add the China Open to the Wuhan Open title she lifted last weekend, making it five WTA crowns in all.

Garcia’s feat was all the more remarkable because she was carrying a leg injury that has required frequent on-court treatment and completed a mammoth three-set quarter-final win well past midnight on Friday evening.

The 23-year-old, who is set to rise from number 15 to nine in the world, sank to her knees on the hard court when she finally sealed victory in the second-set tie break.

“I was like, seriously, this really happened?” Garcia said afterwards, asked what was in her mind when she slumped to her knees.

“It was such an amazing two weeks, it went so fast, I have the feeling I started these tournaments yesterday or two days ago.

“To play every single day, it was just after every match you had to forget about what happened and be on the present again.

“Even this morning I couldn’t believe I was in the final.”

With rain teeming down outside ahead of what turned out to be a cracker, a leak in the Diamond Court stadium roof had threatened to dampen proceedings.

But that was soon fixed and there was little between the two players until Garcia broke Halep in the 10th game to grab the first set.

The 26-year-old Halep had the superior mobility — Garcia had her right thigh strapped — but the French player was making the better shots.

One forehand winner was greeted with gasps from the mostly full arena in Beijing.

The second set was even more competitive and the attritional seventh game turned out to be a turning point.

Garcia was 0-40 down on her own serve until dragging it to 40-40 and then saving half a dozen break points before somehow winning the game to go 4-3 up.

The duo raced into the tie break, but Garcia now had the momentum and she held her nerve to make it a Wuhan-Beijing double.

Garcia said she was still pinching herself.

Despite her disappointment Halep — thanks to reaching the final — will officially become world number one for the first time when the latest rankings are out this week. – Agence France-Presse