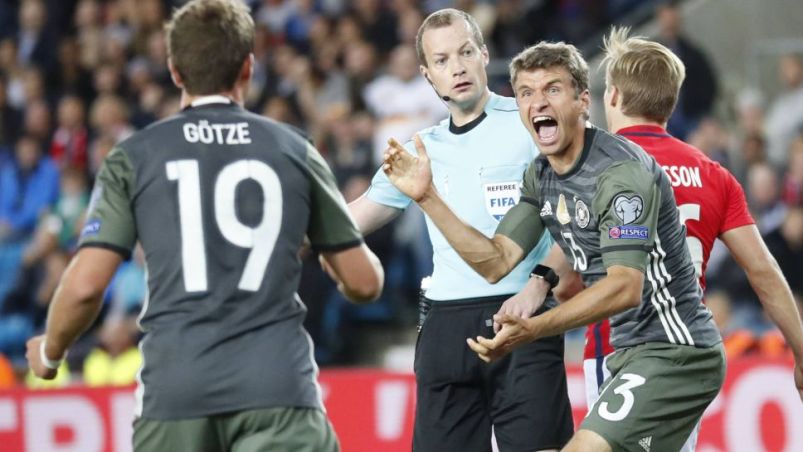 Germany head coach Joachim Loew launched a charm offensive ahead of Friday’s international friendly at Wembley by insisting this is the strongest England side in recent years.

The Germans have won all of their last six matches against old rivals England at the iconic Wembley, a run stretching back to 1982.

“My opinion is the (England) team hasn’t been this strong in years,” Loew told German daily Die Welt on Sunday.

“All the big clubs in England have coaches who put a lot of value on putting together combinations of passes.

“You also see it in the national team, where there is more emphasis on tactics.”

Loew’s Germany are unbeaten in 19 matches since losing 2-0 to France in the semi-finals of Euro 2016.

Both England and the Germans won their respective qualifying groups to book their place at next year’s World Cup in Russia, with Loew’s Germany enjoying a perfect record of 10 wins out of 10 in the process.

The clash at Wembley starts a run of friendlies against top-class opposition for Germany.

They host France in Cologne on November 14, then play Spain and Brazil in March 2018 in crunch preparation games for their defence of the World Cup.

The Germans will have a point to prove against France following their defeat in the European Championship in Marseille.

“The first 15 players in the French team are all very well trained and very comfortable on the ball, they are fast and very athletic,” said Loew.

The Germans host Spain on March 23 next year in Duesseldorf before taking on Brazil at Berlin’s Olympic Stadium four days later.

After Loew’s side hammered the Selecao 7-1 in the semi-finals of the 2014 World Cup, Loew was eager to talk up the current Brazil team.

“Brazil have a whole different national team and they cannot be compared to 2014,” said Loew.- Agence France-Presse