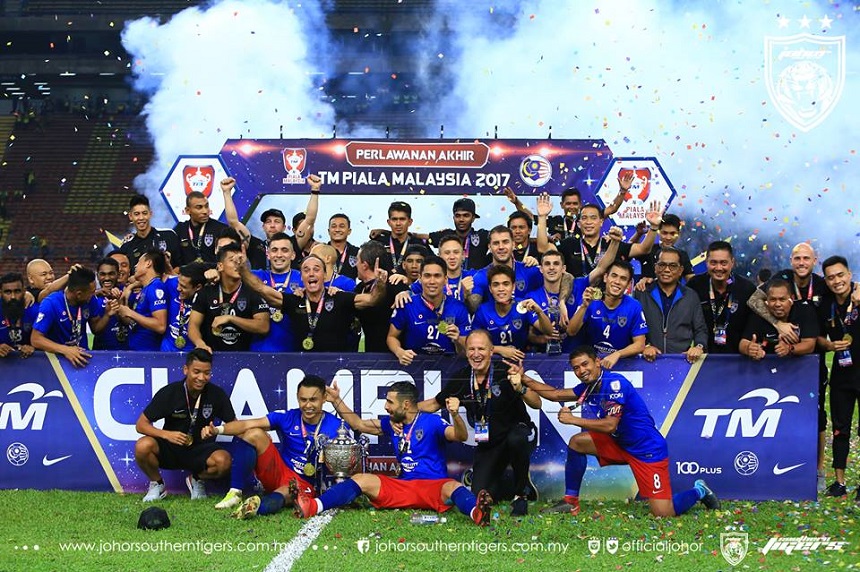 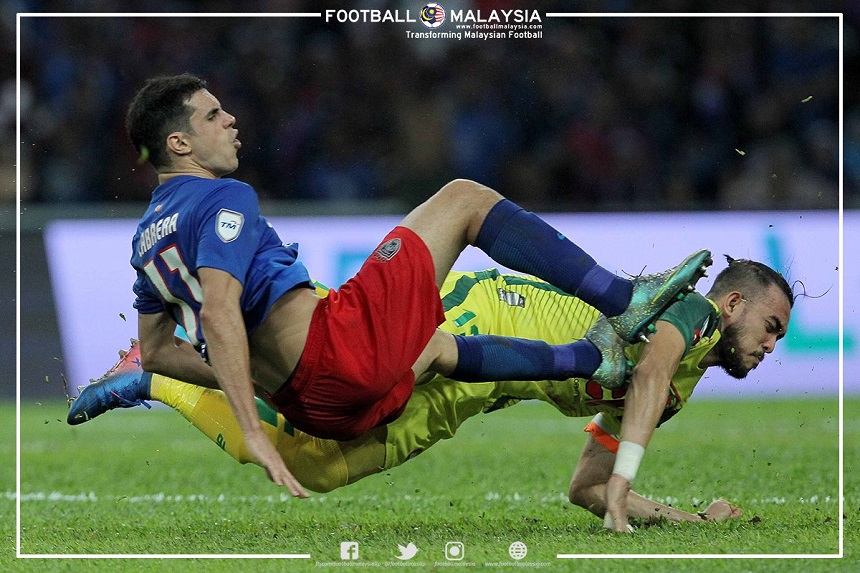 # Gonzalo Cabrera voted ‘Man of the Match’ in the final

Johor Darul Takzim – four-time winners of the Malaysian Super League title since 2014 – added the prestigious much sought after Malaysia Cup to the collection of titles with a 2-0 win over defending champions Kedah in the final at the Shah Alam Stadium on Saturday.

There will be more celebrations at home when the team returns with the silverware. The Johor State Government has declared Sundayas a public holiday.

The last time Johor won the Malaysia Cup was way back in 1991 when the state completed a grand double by also winning the League Cup – the first team to achieve the grand double after the game went semi-pro in 1989 – and this was under Greece-born Australian, the flamboyant Michael Urukalo. Johor’s first Malaysia Cup title was achieved in 1985 and finished runners-up a year later.

And the match was only two minutes old when Kedah were hit. Off a corner by skipper Safiq Rahim – a near perfect cross found Aidil Zafuan Abdul Radzak shrugged off his marker to plant home a power-packed header that had Kedah custodian Ifwat Akmal beaten all the way.

JDT, who last featured in the Malaysia Cup final in 2014 when they suffered a heartbreaking 5-3 defeat in a penalty shootout after a 1-1 draw, got the dream start they wanted to put the pressure on the Red Eagles.

The most disappointed in this respect was international Baddrol Bakhtiar who was left shaking his head in despair. His first golden chance crashed against the woodwork with a little help from JDT keeper Izham Tarmizi Roslan on 55 minutes.

Kedah were punished eight minutes later. JDT’s Argentine midfielder Gonzalo Cabrera added his name into the scoresheet. The hardworking Cabrera, who was later named “Man of the Match” in the final saw his attempt take a deflection off Ifwat’s arm and hit the inside of the left upright before going in after 63 minutes of play.

Luck was certainly not with Baddrol at Shah Alam when in the 67th minute he saw his attempt hit the left upright and bounce out of play with Izham Tarzimi caught on wrong foot.

JDT sprang a big surprise when Lebanese hot-shot started from the bench and was never called into action after Hazwan Bakri was named to the first team.

Kedah coach Nidzam Adzha Yusoff was a disappointed man after the final whistle.

In a post match interview live on TV the former international said: “Luck was not with us. The early goal made the difference and against a team like JDT you will be punished for making mistakes. I am happy with the way my players played.”

Nidzam’s JDT counterpart Ulisses Morais said the win showed that “JDT deserve the Malaysia Cup and why we won the Super League title.”

“We have strong support from all parties, from the management, the fans and the players.”

Amidst the celebrations on the field club owner Major General Tunku Ismail Sultan Ibrahim, who is also the Crown Prince of Johor, was caught by TV cameras taking a lonely walk away from the celebrations and the limelight.

Major General Tunku Ismail is also the president of the Football Association of Malaysia.- BY RIZAL ABDULLAH