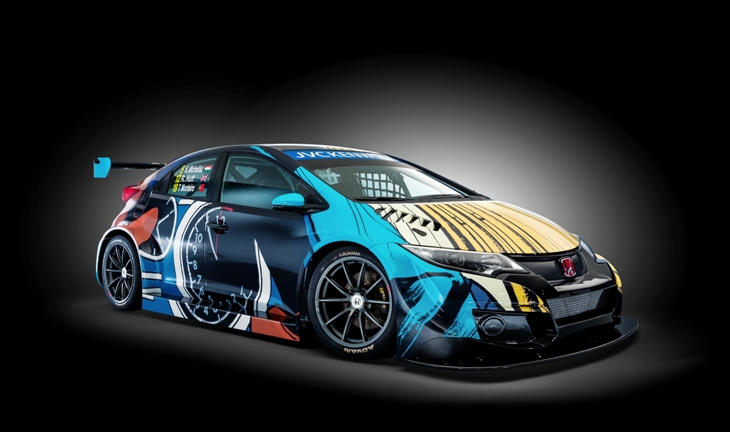 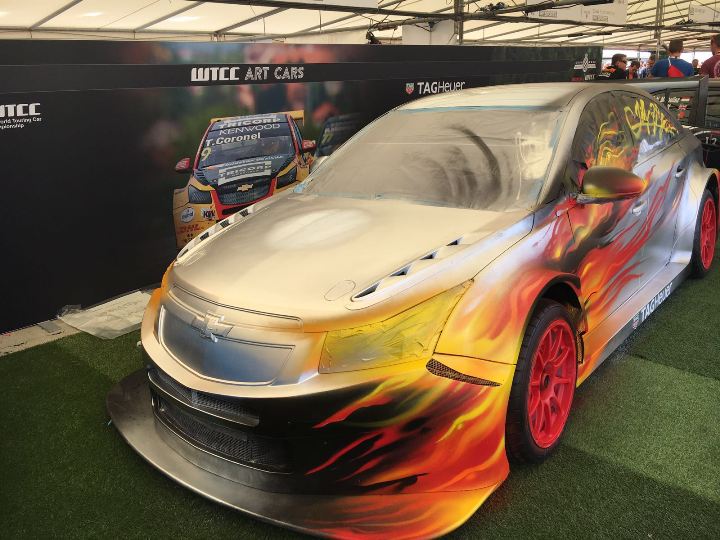 Voting is open for the inaugural WTCC ART CARS competition as the FIA World Touring Car Championship gears up for its first appearance at this week’s Goodwood Festival of Speed.

WTCC ART CARS will combine artistic design and motorsport in spectacular fashion as part of an exciting new partnership between the Goodwood Festival of Speed and the WTCC, the fastest international touring car series.

Three designers were recruited to create the ultimate race car livery. They began with a blank canvas and the challenge of producing a unique design to fire interest among fans and truly capture their imagination. Honda, Polestar (Volvo) and TAG Heuer, the WTCC’s Official Timing Partner, have all submitted designs and fans can now vote for their favourite car artwork online or in person at the Goodwood Festival of Speed. Here’s a guide to the three design concepts.

POLESTAR
Prince Carl Philip drives for Polestar Cyan Racing in the Scandinavian Touring Car Championship. The Swedish prince is the only son of King Carl XVI Gustav of Sweden. Alongside his duties for the Swedish crown and his racing programme, the Prince is an active designer with his company Bernadotte & Kylberg AB, working in home interior design, textiles and lifestyle products. The Prince has developed a Swedish them for Polestar’s design.

TAG HEUER
TAG Heuer celebrates its partnership as the Official Timing Partner of the World Touring Car Championship at the Goodwood Festival of Speed via an avant gardeand innovative design concept that showcases their mastery of precision timekeeping and unparalleled heritage in motor racing. The #DontCrackUnderPressure motto perfectly aligns itself with this high octane motorsport which will be depicted in the racing red and black colours on the car. The design will be brought to life by renowned graffiti artist Jim Vision and will be spray painted LIVE for spectators in the Formula 1 paddock. His work will be applied to a Chevrolet RML Cruze TC1.

Fans voting will go into a prize draw to win a VIP weekend at a WTCC race and backstage passes to the Festival in 2017. For more information go to:https://www.goodwood.com/flagship-events/festival-of-speed/explore-festival-of-speed/wtcc/

With aerodynamic aids, carbon fibre parts, 1.6-litre turbo engines and six-speed sequential gearboxes, World Touring Cars can reach a top speed of 265kph, placing a huge onus on driver skill and judgement, while creating a dramatic spectacle at the same time. The WTCC calendar includes stops at Formula One venues past and present, demanding modern facilities, challenging street tracks, plus the infamous Nürburgring Nordschleife with its 25.378-kilometre lap and 64 heart-stopping turns.

WTCC drivers get plenty of track time through testing, Free Practice, Qualifying and two races at each event. And with a global live TV audience a key focus, the races are quick-fire counters lasting approximately 20 minutes. New-for-2016 is Manufacturers Against the Clock, a Tour de France-inspired team trial. It puts team competition to the fore at each WTCC event with three drivers from each manufacturer lapping together against the clock.