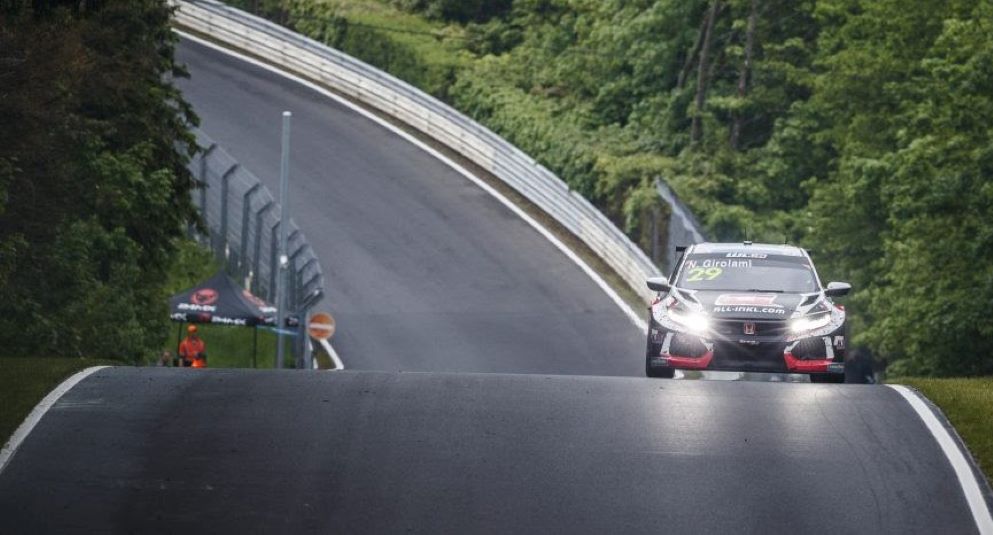 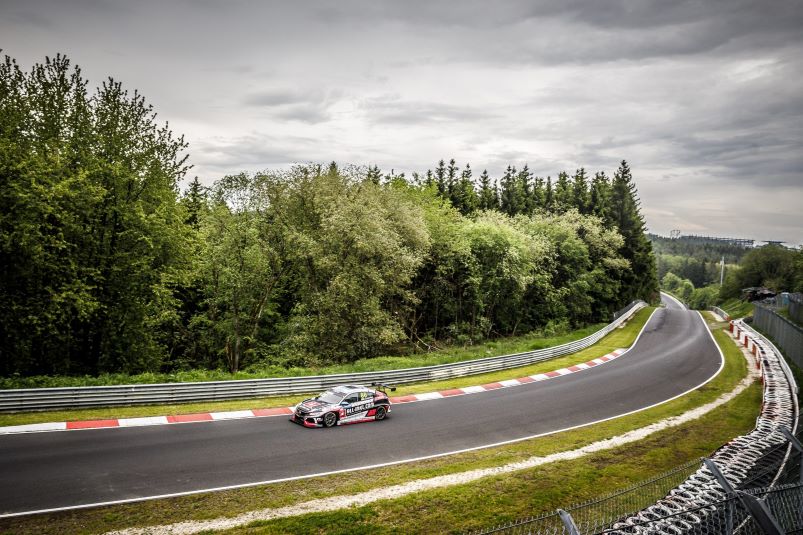 Néstor Girolami was the star of WTCR Race of Germany qualifying for the second year running on the Nürburgring Nordschleife to become the first Goodyear #FollowTheLeader of 2021.

The Argentine ace, driving a Honda Civic Type R TCR, made the most of the dry conditions to claim pole position for German team ALL-INKL.COM Münnich Motorsport to signal the start of the 2021 WTCR − FIA World Touring Car Cup season in style.

Girolami’s charging effort on the world’s toughest track not only puts him at the front of the pack for Race 2, but also earns the four-time WTCR race winner 10 qualifying bonus points.

“It’s unbelievable,” said a delighted Girolami, who dedicated his pole position to compatriot Carlos Reutemann, the winner of the 1975 German Grand Prix on the Nürburgring Nordschleife, who is currently battling illness. “I have very good memories from last year with an amazing lap and to repeat it this year was never going to be easy. I was improving on my last lap, but my team told me the last sector was a little bit damp. Even if Vernay had improved I would have been P2.”

HOW THE RACE FOR THE NORDSCHLEIFE POLE UNFOLDED
Young talent Attila Tassi set the pace on the first lap around the mammoth 25.378-kilometre circuit, managing a time of 8m59.285s in his ALL-INKL.DE Münnich Motorsport Honda Civic Type R TCR, with Esteban Guerrieri and Girolami making it three Hondas in the top four.

Girolami hit the top after the second laps as he set an impressive time of 8m54.791s, which was 0.780s faster than the next best, Jean-Karl Vernay (Engstler Hyundai N Liqui Moly Racing Team). Guerrieri was now third fasest, but Tassi dropped down the order after a messy lap that included a big moment at Hatzenbach. But the 21-year-old certainly entertained as he drifted his Goodyear-equipped Honda through the turns.

Vernay gave his all to snatch pole position on his third lap but failed to improve, ensuring Girolami’s second tour was enough to remain on top.

“Good day for us,” said Vernay in his first qualifying performance in the new Hyundai. “We had a small issue in FP1 yesterday but it was fixed for FP2. It’s not going to be easy this year, but this was a good start.”

Behind Girolami and Vernay in the final order, Guerrieri was third fastest. “I’m more tired than happy, it was really tough,” said the Argentinian, who won Race 1 at WTCR Race of Germany last year. “You are really on the limit at this track.”

FIA WTCR Junior Driver Title contender Engstler was fourth fastest, ahead of Santiago Urrutia in the first of the Lynk & Co 03 TCRs. Gabriele Tarquini was next for BRC Hyundai N LUKOIL Squadra Corse, with Tiago Monteiro (Honda) in seventh, Norbert Michelisz’s Hyundai in eighth and King of WTCR Yann Ehrlacher in ninth.

Ehrlacher’s uncle and Cyan Racing Lynk & Co team-mate Yvan Muller qualified in P10, which means he starts the reverse-grid Race 1 from pole position – but it was mighty close. Tom Coronel, in P11, missed out by just 0.002s – the equivalent of 11 centimetres of the 25.378-kilometre lap – in the second-generation Audi RS 3 LMS, which is making its world debut at WTCR Race of Germany.

“I can be pleased with that particularly when you are 51 years old at this circuit and with the commitment you have to give,” quipped Muller. “Let’s see what the race will bring. We were lucky with the weather in this session, but tomorrow it can be everything at The Green Hell.”

Behind Coronel, Nathanaël Berthon was P12 in his Audi, ahead of Tassi, Gilles Magnus, Thed Björk and Frédéric Vervisch, who had topped the wet/dry second free practice on Thursday evening.

Rob Huff was in P18 on his qualifying return to the WTCR in Zengő Motorsport’s CUPRA Leon Competición, while brother-and-sister duo Andreas and Jessica Bäckman were in P17 and P20 respectively.

Néstor Girolami (ALL-INKL.COM Münnich Motorsport Honda Civic Type R TCR)
“First of all, congratulations to my team-mate Esteban and to Jean-Karl, and to everyone at ALL-INKL.com because they did an amazing job. They gave me a brilliant car. It was very strange because we started FP1 and FP2 with mixed conditions and we were not very sure what would happen in qualifying. We were guessing a little bit and as Esteban said the first attempt was not perfect, the balance had a little bit of understeer, so we worked with my engineer and he made the right choice before we decided to go for the second attempt and improved by, I think, seven tenths which sounds like a lot but at this circuit with 8 minute 50 seconds it is not a lot. Very happy with the result, two years in a row to make pole position is not easy especially at the Nordschleife where you have to put everything together. The concentration this track demands is crazy, so really happy for that and I’m feeling the support of my family. My wife is here with my daughter. Having them here is nice, so of course I want to dedicate this to them but especially in this moment to Carlos Reutemann, a Nürburgring winner in 1975. He’s in a critical situation at the moment so I said a positive energy to him and his family. We know he was a special legend in Argentina, so all my thoughts are with him.”

Jean-Karl Vernay (Engstler Hyundai N Liqui Moly Racing Team Hyundai Elantra N TCR)
“We just had a little issue yesterday, we were a little bit late finishing the car. As you can see, Hyundai has sold many cars for TCR Europe and the WTCR. Like Esteban’s steering rack it was a minor issue, but here it can be dangerous for this kind of problem. But we were able to solve it thanks to the team. Pretty much the same situation as Esteban’s, they worked a lot to make sure we were there in FP2 for me to get some tie to discover the condition of the track. Today this was the moment where we needed to put everything together and concerning myself just give everything because we know of the quality of the grid in WTCR. If you want to be on the front row you always need to give everything. I felt good, took many risks so it would already be finished after the first lap, going a little bit on to the grass. But I was able to make a good lap, not as fast as Nestor, but I think we can be very happy. Now let’s keep focused. I think I will be between two Argentinian guys for the start of race two, so we’ll see. I can’t wait for tomorrow to score big points, finishing both races and leave the Nordschleife with some good results.”

Esteban Guerrieri (ALL-INKL.COM Münnich Motorsport Honda Civic Type R TCR)
“Those days and moments you qualify on the Nordschleife you have once in a year. This track takes out all your energy, the concentration, the buzz, everything you need to put in there. It’s really demanding, like 100 per cent, so I really enjoy it, all three attempts. I really went for it because we didn’t know if it was going to rain or not, so already from the beginning we just went for a very hot lap. There were some places that were a little bit damp, a little bit dusty. So you need to try not to crash but keep pushing. It was good fun. I have to thank the team a lot because we had some issues yesterday with the steering rack and so on, so the mechanics basically worked hard for 72 hours in a row. They barely slept, so in the end this is a little bit of a reward for them, to be able to put it there in the top three and fight tomorrow for good points. Very pleased and let’s say hopefully we’ll have two good races tomorrow. Let’s have fun.”