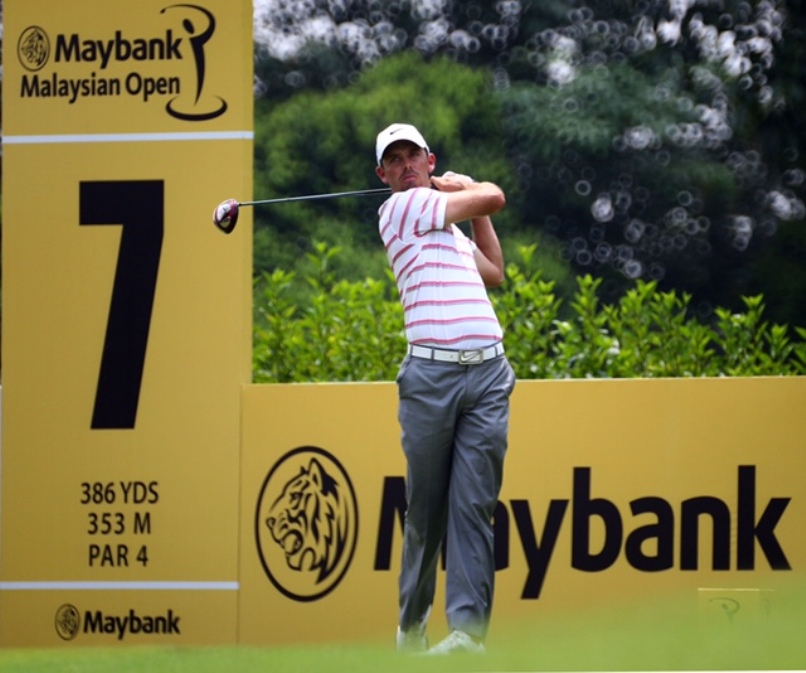 When the action tees-off at Saujana Golf and Country Club from 9-12 February 2017, fans will get to follow not one but two holders of the prestigious Masters green jacket as Charl Schwartzel was announced today as the latest player getting ready for ‘Golf Like Never Before’ at the Maybank Championship 2017.

Joining the reigning Masters Champions Danny Willett at the US$3million tournament, the 32-year-old South African won his first Majorat Augusta National Golf Clubin 2011.He has a further fourteen professional wins worldwide, ten of those on the European Tour.

His latest victory came at the Tswane Open in his homelandin February 2016. He finished the 2016 season strongly with a third place finish at the DP World Tour Championship in Dubai and took the momentum onto the first event of the 2017 schedule, tying for fourth at the Alfred Dunhill Championship at Leopard Creek.

Schwartzel said, “The Maybank Championship is one of the marquee events in Asia for the European Tour so I am really looking forward to being there. Traveling to Asia and Kuala Lumpur is always a favourite trip among the players.  Maybank does a great job for the players and I am excited to experience their ‘golf like never before’ for myself.

“The 2017 season has started well for me so I am feeling good about the year ahead and am excited to see what I can do when I get to Malaysia in February.”

Top Asian favourite Anirban Lahiriis also set for the Saujana showdown. He enjoyed a memorable 2015 season when he wontheMaybank Malaysian Open and followed it up two weeks later with victory at the Hero Indian Open.

He became the first Indian to finish in the top five of a Major when he shared fifth place at the 2015 US PGA Championship and he made his Presidents Cup debut in the same year. He was subsequently crowned the Asian Tour Order of Merit champion in 2015.

Lahiri holds a PGA Tour card but is a popular player in Asia as he sharpened his game on the Asian Tour en-route to claiming seven victories on the region’s premier Tour.

Lahiri said, “Malaysia has been a very important place for me and my career. It’s where I got my first European Tour win and I would love to get back to winning ways when I return for the Maybank Championship in February.

“The fans gave me a lot of support to help me with that win. I want to get 2017 off to a strong start and I am hoping those winning memories can give me an edge against what will be a very tough line-up.”

Joining the field of top players from the European Tour and Asian Tour will be a number of local players including top Malaysian amateur Daeng Abdul Rahman Abdul Aziz.

Earning his spot thanks to his World Ranking of 414, Daeng was also given an invite to last week’s PGM Maybank Players’ Championship where he finished in an impressive fourth position. This will be his first appearance at the Maybank Championship but has played with some big names on home soil before and he learnt a lot from the experience.

Daeng said, “I am not too nervous about next year as I’ve played with some top players before, but it depends who I get to play with. I am excited about meeting Danny Willett though. I haven’t played Saujana since the renovation so I am looking forward to that and my caddie is from there so that will hopefully be an advantage.”

Also securing their spot as a local entry is Ben Leong who claimed victory at the PGM Maybank Players’ Championship in a play-off against Maybank ASEAN golf ambassador Gavin Green. It was his fourth PGM victory in a row, which is all the more impressive after being hampered by injury for a long spell in his career.

Leong said, “The Maybank Championship is a big goal for me. As a local player it means a lot to get the opportunity to be a part of it. I am going to spend some time playing at Saujana to work out what my best game plan will be.”

Stay tuned for more player news in the coming weeks including the players selected for the new ASEAN category as Maybank continue to develop their support of golf across the region.