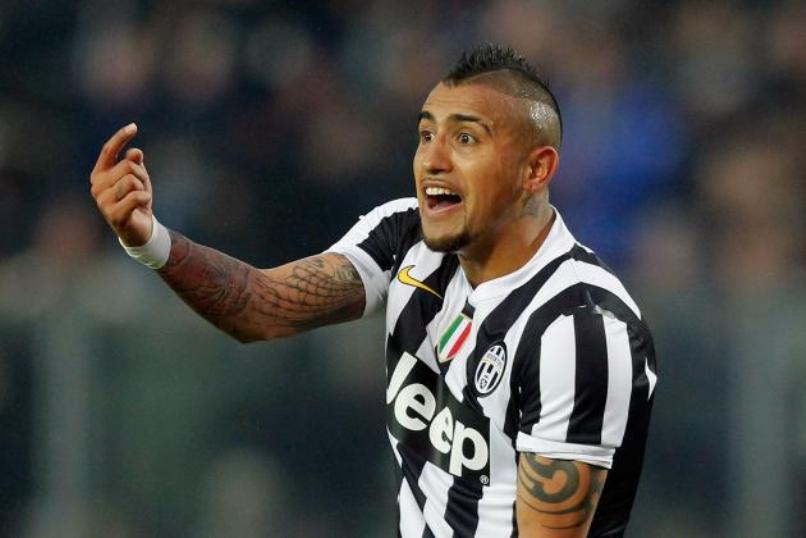 Guardiola had just watched his side beaten 5-4 on penalties by Chinese champions Guangzhou Evergrande after a goalless friendly and the Spaniard preferred instead to praise the efforts of his opponents while lauding the success of his team’s pre-season China tour.

Just before kick-off on Thursday, Bayern CEO Karl-Heinz Rummenigge confirmed he had agreed a deal for Vidal bringing an end to the speculation that had followed his club on their three-match tour.

“I can confirm that there is an agreement between the two parties (Bayern and Juventus). He still needs a medical but if everything goes as planned, he should be training with us next week,” said Rummenigge. The deal is reported to be worth 35 million euro ($38.5 million).

But Guardiola was adding nothing. “There’s no comment because he has not signed,” said the manager at the post-match press conference.

“Tonight was a wonderful match and I am completely satisfied with the condition of my players after this tour,” Guardiola said.

Bayern had beaten Valencia 4-1 in Beijing last Saturday, and Inter Milan 1-0 in Shanghai on Tuesday before their defeat on penalties in Guangzhou.

“Generally speaking, the training here was good. In Beijing and Shanghai it was very good, but we didn’t have enough time for a full session in Guangzhou.

“We won twice but the results don’t matter too much. No players got injured so that was very good for us.”

The 28-year-old Vidal will be a replacement in midfield for former captain Bastian Schweinsteiger who departed for Manchester United earlier this month.

Vidal returns to the Bundesliga after having played 144 games and scoring 21 goals in a four-year spell at Bayer Leverkusen.

Rummenigge had also confirmed earlier that striker Thomas Mueller was going nowhere, despite reports this week that Manchester United were poised to launch a 100 million euro ($109 million) bid to lure the World Cup winner.

“You can’t put a price on certain players. We’d be out of our minds to let a player like him leave,” said Rummenigge on the Bayern club website. “It’s all hot air.”

Unfortunately it was Mueller who was the only man to fluff a penalty on the night, handing Guangzhou a famous 5-4 shootout win over the German champions when keeper Cheng Zeng made an instant hero of himself by saving the striker’s tame effort.

A packed Tianhe stadium of around 25,000 fans had been treated to plenty of chances from both sides in a lively encounter.

Evergrande boss Luiz Felipe Scolari made good on his vow to give a debut to fellow Brazilian Robinho -– who only arrived in China on Tuesday -– alongside compatriots Paulinho and Ricardo Goulart.

Guangzhou started brightly, particularly Robinho who played 45 minutes and was a constant threat.

“I think he’s lived up to our expectations, he’s really is a great player,” said Scolari afterwards.

“He’s not trained for 15 days and he gave them trouble so I think once we work with him he’ll be a very good player for us, and of course score a lot of goals.”

The visitors upped the pace when Mueller and Thiago entered the fray after half-time,but they could not find a way past an inspired Cheng between the Guangzhou posts.

“It was great opportunity to compete against a great team and we had our chances. I think this was a wonderful game for our fans,” said Scolari.

“Of course our players will learn a lot coming up against Bayern and that will help us with the rest of our season.” – Agence France-Presse