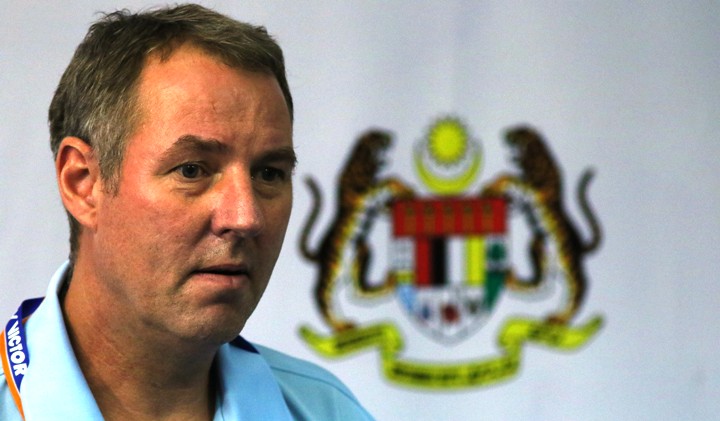 The pair have a mammoth task on their hands to earn precious Olympic qualifying points and they have only three more tournaments to do it, including the Celcom Axiata Malaysia Open which began at the Malawati Stadium in Shah Alam on Tuesday.

The other two are the China Masters in Wuhan (April 19-24) and the Badminton Asia Championships, also in Wuhan, China (from April 26-May 1).

It is a “genuine mistake” admitted Badminton Association of Malaysia (BAM) technical director Morten Frost when the pair was withdrawn from the German Open and the prestigious All-England.

It was later found out that Vivian Hoo-Khe Wei could not compete in lower ranked tournaments like the Poland Open.

To make matters worse Vivian Hoo-Khe Wei were not named to next week’s Singapore Open SuperSeries and this is more precious Olympic points lost.

The mistake allowed the other pairs ranked higher then the Malaysians and those ranked below them to do well.

However, all is not lost for the Malaysians.

“There is still hope,” said Frost at a press conference at the Stadium Malawati.

“They must really do well to stay in contention for the Olympics. At present their position (14th in the world) is under serious threat if pairs ranked higher then them and those below them do well in their tournaments,” added the Dane.

“Vivian-Khe Wei have lot of hard-work to do. If they can play like they did at the Swiss Open (where they reached the semifinals), then they should make the grade.”

The top 16 pairs in the world qualify for the Olympics.

But in spite of all these, Khe Wei is taking it all in her stride.

“We have the chance and we will do our best to make it. The challenge is there and it is up to us to grab it,” said Khe Wei.