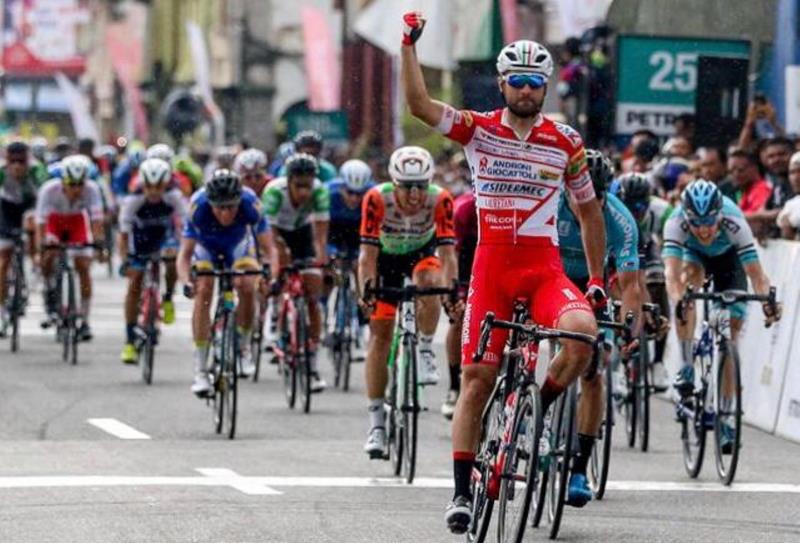 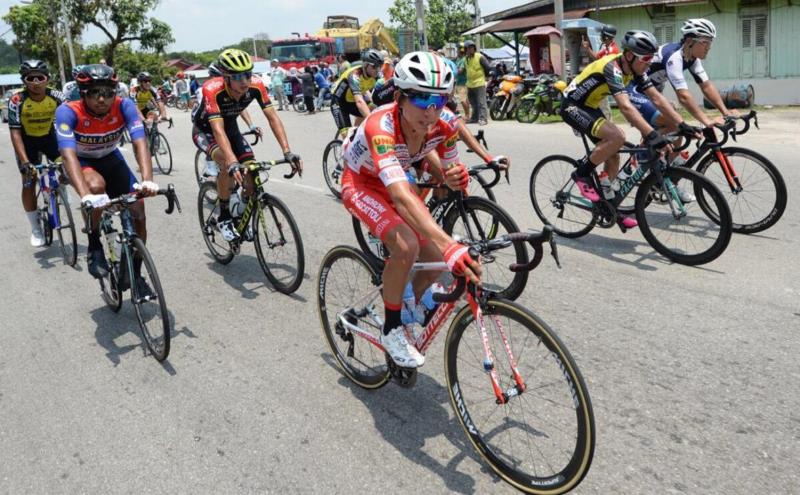 EXPECT stiff competition amongst three Italian Pro Continental outfits when they flew over to Malaysia for the 25th PETRONAS LE Tour de Langkawi 2020 which begins in Kota Kinabalu in Sabah next week.

But it comes with a condition that organisers RCS Sport is convinced over their performance this season and their capabilities to race against the World Tour teams in Giro.

This would include the assessment on their performances in the UCI ProSeries race LTdL 2020 where all three teams have confirmed their participation in the race, which begins from 6 to 15 February.

This would heat up competition amongst Androni Giacattoli-Sidermec, Bardiani-CSF-Faizane dan Vini Zabu-KTM who will be going all out to prove their worth throughout the 8-stage race which starts with the official Team Presentation ceremony in Kota Kinabalu on Feb 5.

All three outfits have sent in their 2020 preliminary roster to organisers Human Voyage where several past stage winners have been listed for the 2020 anniversary edition race.

Androni, with the savvy Gianni Savio at the helm, accumulated three stage wins last year, listing Luca Pacioni,  Stage 1 winner of Vuelta a Tachira in Venezuela a fortnight ago, as their main man.  The 26-year-old former Androni sprinter in 2016 and 2017, won stage 3 of the 2018 edition with Wilier Triestina.

Luca Chirico, who has featured in LTDL 2015 and 2016 with Bardiani, adds up to Androni’s sprinting power this time around. Last year, Androni won three stages and with the inclusion of 27-year-old Chirico, Androni are setting their sights for more. The duo will be backed by Nicola Venchiarutti and Mattia Viel during the sprints.

Kevin Rivera Serrano and Equacor’s young rider Jefferson Cepeda Ortiz will be on the forefront in the mountains and the torturous Genting climb (Stage 4) as well as the general classification challenge.

Costa Rican Serrano, who joined Androni three years ago, won Stage 6 and Stage 7 of the Vuelta a Tachira, was 25th overall in the 2018 LTdL.

However, Jefferson Cepeda was involved in an accident during the Tour and is a doubtful starter for LTdL. Savio is expected to name the final list after the Vuelta a San Juan in Argentina this week.

BARDIANI need no introduction and were regulars in LTdL when they were known as Scrigno and Panaria in the early years of the race. Last year, Matteo Pelucchi won two stages in Taiping and Alor Setar to help Androni with three-stage wins. This time around, hopes are high on the 31-year-old Italian to deliver once again.

Others in Bardiani’s roster include Giovanni Lonardi, Fabio Mazucco, Alessandro Teodoro Monaco, Alessandro Pessot and Daniel Savini, while Marco Benfatto, who won Stage 8 in Langkawi last year, and Alessandro Tonelli have been put on standby.

Meanwhile, VINI ZABU KTM, formerly known as Neri Sottoli-KTM, Wilier Triestina and ISD-Neri, have wealth of experience racing in LTdL.  Led by manager Luca Scinto, who himself was the 1997 overall LTdL winner, the team will be looking for stage wins to cement their position as among the leading pro Conti teams after winning Stage 7 at Pantai Cenang last year.

In the absence of Simone Bevilacqua, sprinters Lorenzo Fortunato, 23, former Bardiani rider and Luxembourg’s Jan Petelin, formerly in Differdange colours will step up to chase honours for the Italian team. Francesco Manuel Bongiorno will be relied upon in Genting and his experience during his stint Bardiani from 2013 to 2016 would surely come handy.

With the Giro wildcard slots at stake, the three Italian outfits would surely give their all to impress the Giro organisers and expect thrilling battle amongst the three teams as they go flat out to prove their worth.

Petronas LTdL 2020 will open its doors with a Team Presentation ceremony in Kota Kinabalu on 5 February, before Stage 1 begins in Kuching, Sarawak on 7 February and ends with Stage 8 in Langkawi Island, covering an overall distance of 1095.7km across nine states.