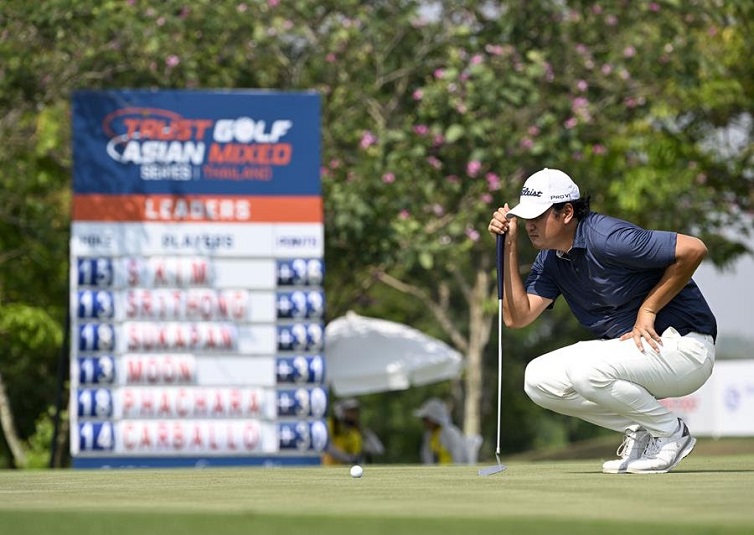 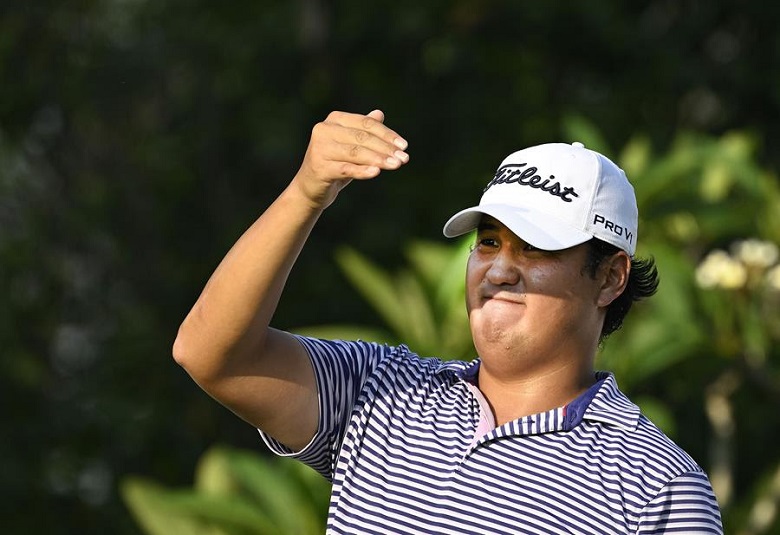 All of the players currently ranked in the top-10 on the Asian Tour Merit list will compete in the highly anticipated US$2 million tournament – which will take place at Slaley Hall Hotel, Spa & Golf Resort, near Newcastle, from June 2-5.

The ground-breaking event will mark the first time the Asian Tour has sanctioned a tournament in the UK and the exciting opportunity will mean a full turnout of the Tour’s membership – for what will be the ninth event of the 2022-23 season and the second International Series event.

Sihwan Kim is leading the way on the Tour at the moment thanks to two victories – including at the first-ever International Series event, played in Thailand in March – and has earned close to half a million dollars, but Slaley Hall will also see a wealth of other in-form players competing.

Korean Bio Kim, who is second on the Merit list, and third-ranked Phachara Khongwatmai from Thailand will compete having both recently recorded their first wins on the Asian Tour, following its restart in November last year after a two-year COVID-19 enforced break.

And Joohyung Kim, who at 19 years of age became the second youngest winner of the Merit title in January, has picked up where he left off from last season with top-10 finishes in his last three events to sit in fourth place on the rankings. Kim will make his way over to the UK after competing in this week’s US PGA Championship in Oklahoma. Thailand’s Sadom Kaewkanjana and South Africa’s Justin Harding, also in action at the season’s second Major Championship, will also be making the trip across the Atlantic.

Thailand’s Jazz Janewattananond, the 2019 Merit champion and six-time winner on Tour, Malaysian Gavin Green, the 2017 number one, and Australian Scott Hend – the most successful international player on the Tour with 10 victories and the 2016 Merit list winner will also be looking for strong performances in the North of England.

As will Chinese-Taipei’s Chan Shih-chang, a two-time winner on the Tour since last year’s restart, and Thailand’s Nitithorn Thippong, also a winner this season.

“The International Series England is a landmark event for the Asian Tour which provides our members with a great opportunity to compete internationally in an exciting, new location,” said Cho Minn Thant, Commissioner & CEO, Asian Tour.

“An incredibly strong field with assemble for the tournament, which is a reflection of the appetite our members have for the International Series and will also allow us to showcase the Asian Tour’s depth in world-class talent to European fans. We have also received enormous interest from international players wanting to be part of the Asian Tour having seen our steady growth over the past few months.”

A host of Asian Tour legends will be in attendance, in particular Thailand’s Thaworn Wiratchant – the winner of a record 18 Asian Tour titles – and India’s Jeev Milkha Singh, who like Thaworn, has claimed two Merit list titles.

In addition, a number of high-profile players have been extended invites including McDowell, the 2010 US Open champion, New Zealand’s Michael Campbell, who claimed the US Open in 2005, England’s Lee Slattery, Wu Ashun from China, Jovan Rebula from South Africa, Americans Peter Uihlein and Andy Ogletree, both former winners of the US Amateur Championship, and rising Australian stars Blake Windred and Louis Dobbelaar.

Some of the games’ leading amateurs have been invited, most noticeably Ratchanon, who has taken the Tour by storm with some brilliant performances, including winning the Trust Golf Asian Mixed Cup in Thailand in April to become the youngest male player to win on one of the game’s major Tours.

The event also features twelve dedicated spots for professionals from the United Kingdom, which include various rising stars such as Sam Broadhurst, son of six-time European Tour winner and Ryder Cup player Paul Broadhurst, as well as seasoned professionals such as Welshman Stuart Manley.