“These were excellent Games that may lead to the reversal of some criticism of the Russian organisers that preceded the Olympics”, Bach added at a news conference ahead of the closing ceremony today.

Bach however said he would not use an adjective to sum up the success of the Games at his closing ceremony speech, as had been the tradition for some previous IOC presidents. 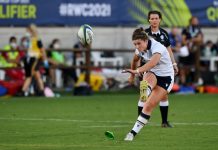