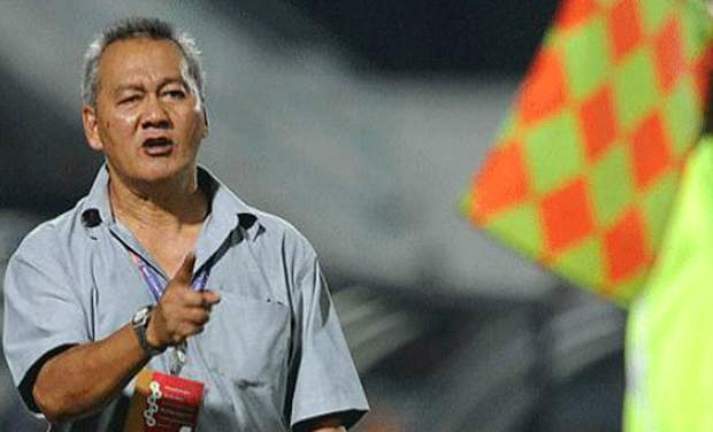 * ‘We are still okay without Thiago’ – Irfan

* ‘Who wins the title does not bother us’ – Irfan

* ‘Felda United want to be seeded for Malaysia Cup’ – Irfan

FELDA UNITED head coach Irfan Bakti has taken the bold step to send his prized possession – Brazilian striker Thiago Augusto – back to his country while battling for a top four finish in the Super League which comes to a close on Saturday.

Thiago left for Brazil on Friday while the rest of his teammates are preparing for the biggie at the Selayang Stadium which could decide the fate of the Southern Tigers. A win for JDT will see them retain the title.

The plantation giant is hoping to get a seeding for the prestigious Malaysia Cup competition which begins next month and Irfan said “Thiago’s absence will not jeopardize the team” in their final league match.

Irfan said a nagging muscle injury in his right leg has been bothering the striker who was fielded in Felda’s away match against Pahang in Kuantan on Wednesday.

Thiago, who was not supposed to play against Pahang. responded with a brace for Felda and earn a precious point in a 2-2 draw in Kuantan.

Pahang salvaged a point after scoring a late goal through Damion Stewart (78th minute). Nigerian Dickson Nwakaeme had given the team the lead on 49 minutes. Thiago scored for Felda in the 63rd and 71st minutes.

“Thiago has not played the last seven or eight matches because of the injury. He was not in my match plans against Pahang but he begged me to field him. He was certainly not his best on the field but still managed to score two goals,” said Irfan.

Irfan said Thiago will be back on Sept 1 after seeking treatment from his personal doctor back in Brazil.

“We have a tough match against JDT but Thiago’s absence will not affect the team. Felda will be on a mission and we have not lost track of wanting to beat JDT as we want to finish in the top bracket to be seeded for the Malaysia Cup.

“Felda are still okay without Thiago. JDT do not fear us in anyway. At the same time we are not concerned who wins the league title, we will just go about our mission to beat the Southern Tigers.

“What happens elsewhere is not our priority,” stressed Irfan, aware that the Felda-JDT match is a “high profile” match with “high stakes” with many expecting the defending champions to retain the title.

Felda are currently in fifth place in the league with 33 points while JDT are on top with 46 points and Pahang second on 44 while Selangor third with 36 points with Terengganu fourth on 35.

“We can finish fourth but it will depend on the outcome of other matches. It is not impossible to beat JDT. My players are also hungry to win (against JDT).”

For the record JDT got the better of Felda in the first round – thanks to a 1-0 win with the winner scored from the penalty spot.