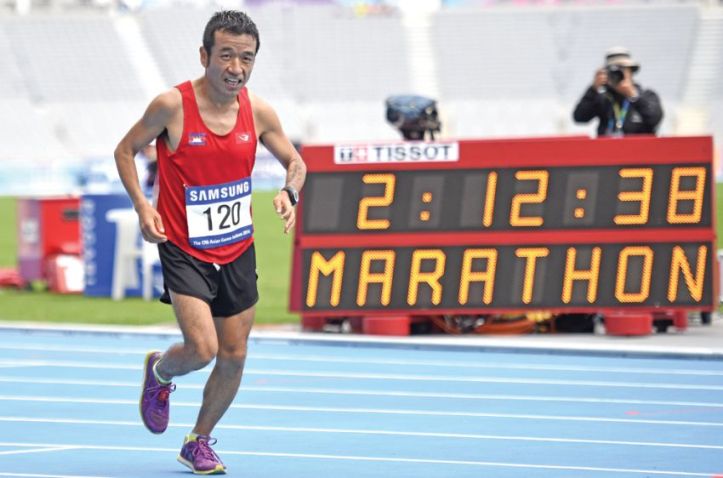 A Japanese comedian will run the marathon for Cambodia at the Olympics in Brazil this summer, an official said Thursday, a second attempt by the funnyman to go to the Games for the Southeast Asian sporting minnows.

Kuniaki Takizaki, a television star in Japan renowned for his diminutive height and quirky cat impressions under the stage name Neko Hiroshi, was given a wildcard nomination after he came first in a recent marathon in the coastal city of Kep.

“He won the selection competition on May 7, so he will go to (Rio). He has fulfilled all the criteria,” Vath Chamroeun, secretary-general of the National Olympic Committee of Cambodia, told AFP.

He said the comedian is “a Cambodian athlete” who was granted citizenship in 2011.

Takizaki was chosen to represent Cambodia in the men’s marathon at the 2012 London Olympics, but was barred from running because he had not obtained citizenship for long enough to qualify.

Still his selection stirred grumbles among Cambodia’s athletics community who urged the governing body to give its few wildcards to home-grown competitors.

As one of the kingdom’s fastest marathon runners, Takizaki recorded a time of 2 hours 44 minutes in the Kep qualifer.

The Olympic marathon record is just over two hours, meaning the comic has little chance in Rio.

Another five Cambodian athletes — a female runner, two swimmers, a taekwondo fighter and a wrestler — will also compete at the Games in the Brazilian megacity of Rio De Janerio in August.

They are all unfancied for medals hailing from a poor country where funds for training and facilities are spread desperately thin. – Agence France-Presse