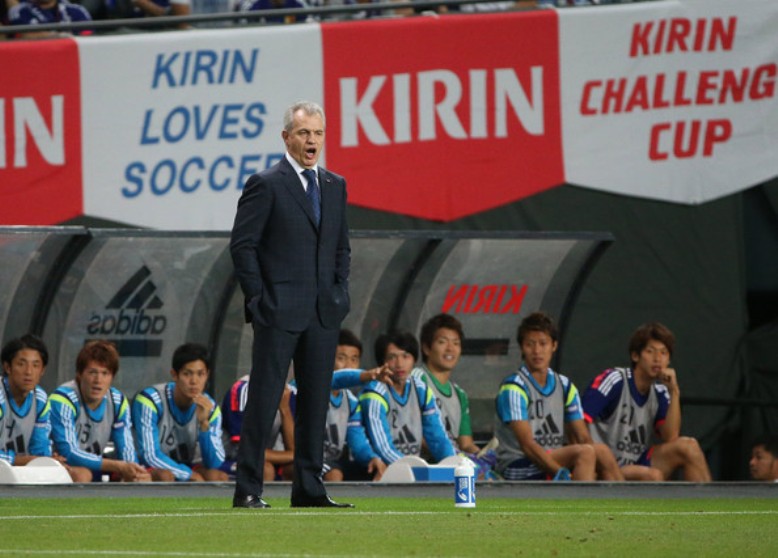 Japan’s football authorities on Tuesday sacked coach Javier Aguirre, amid claims he was involved in match-fixing during a previous tenure in Spain.

The move brings to an end the short and tumultuous stint in Japan for the 56-year-old Mexican, who was reportedly the country’s highest-ever paid national coach on an estimated $2.45 million annually, but under whom the Blue Samurai fizzled on the field.

“We have reached the decision to terminate the contract with coach Aguirre at this time,” Japan Football Association (JFA) president Kuniya Daini told a nationally televised press conference.

“We have come to the conclusion that we must avoid the risk that these things will affect the World Cup Asia qualifiers.”

Aguirre, who only signed on the dotted line last year, has been under a cloud since claims emerged that he had been involved in fixing results when he was manager of Spanish side Real Zaragoza.

He is due to appear in court this month in Valencia, Spain, to answer charges that he and 40 others rigged a 2011 league match which saw Zaragoza defeat Levante 2-1 to avoid relegation.

Spanish prosecutors claim that Zaragoza paid a total of 965,000 euros ($1.2 million) into the bank accounts of certain coaches, staff and players who then gave the money to Levante’s players as a “bribe”.

While Aguirre has denied wrongdoing, it left the JFA squirming in embarrassment as the controversy overshadowed Japan’s unsuccessful defence of their Asian Cup title.

Their shock exit last month, when they lost on penalties in the quarter-final to the United Arab Emirates, compounded calls for Aguirre to go.

In a brief Japanese-language comment released by the JFA, Aguirre thanked Japanese fans and wished luck to the national side.

“I am happy that I had an opportunity to work in Japan. I appreciate the cheers of Japanese supporters and I wish the team the best of luck in the future,” he was quoted as saying.

The JFA’s chief Daini stressed that his organisation was not presuming Aguirre’s guilt in a case that is still a long way from finished, but said it wanted to avoid any impact on the team.

“The decision is by no means a judgement on whether (Aguirre) had anything to do with the alleged match fixing,” he said.

“What we had to do was think about how it could impact the Japanese national team…We have highly appreciated coach Aguirre’s skill as an instructor.”

Daini added that the JFA did not want the continued investigation to interfere with Japan’s campaign for the World Cup in Russia.

“If and once he were to be charged, we would have no choice but to release him from the coach’s position,” Daini said.

The FA chief alluded to a possible nightmare scenario of having to fire him in the middle of the World Cup, depending on the outcome of the legal proceedings.

“We wanted coach Aguirre to focus his efforts on clearing his name,” he said, adding that he had personally informed Aguirre of the decision.

“I apologise to the members of the national squad, fans, supporters, sponsors and all concerned. We ask you to understand our decision.” – Agence France-Presse